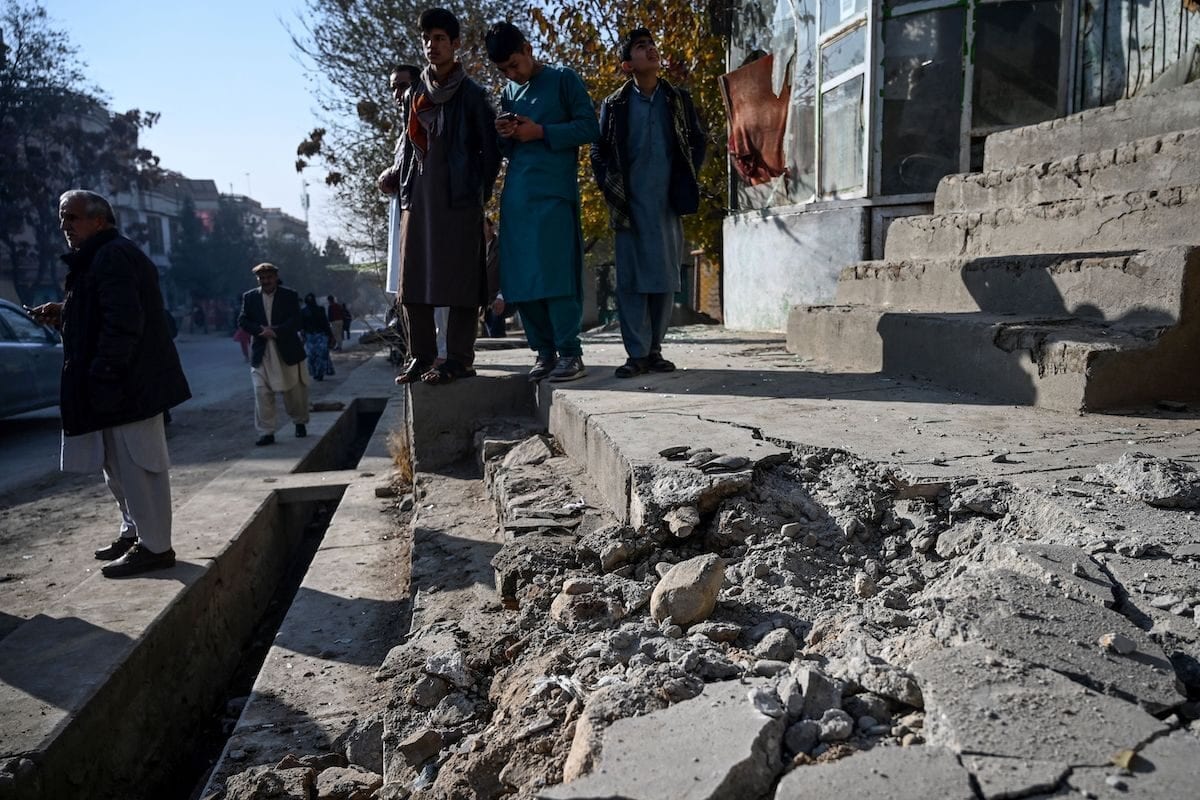 Residents gather at a site after several rockets land at Khair Khana, north west of Kabul on 21 November 2020. [WAKIL KOHSAR/AFP via Getty Images]
November 22, 2020 at 1:03 pm

Iran has condemned Saturday's rocket attacks in Kabul calling it "an example of proxy war" in war-torn Afghanistan, Anadolu reports.

A statement by Iran's Foreign Ministry spokesman Saeed Khatibzadeh said the responsibility for the attacks rests directly on the United States.

According to reports in the Afghan media, at least 23 rockets were fired on different parts of the Afghan capital on Saturday morning, claiming eight lives and injuring 31 others.

One of the rockets landed in the premises of Iran's embassy in the highly-fortified zone of Kabul, resulting in minor damage to the embassy building. No casualties were reported.

Khatibzadeh expressed sympathy with the government and people of Afghanistan and confirmed that at least one rocket had hit the Iranian embassy compound.

Iran's Embassy in Kabul later said two rockets had landed inside the embassy compound, one of which was neutralized with the help of local authorities.

No group has so far claimed responsibility for the attacks, which have evoked strong condemnations across the world.

The security situation has deteriorated in Afghanistan in recent years, with multiple terrorist groups gaining foothold in the country. The war continues to take heavy toll on civilian lives.

Taliban, which are engaged in peace talks with the Afghan government and its international allies, have refused to claim responsibility for many recent terrorist attacks.

While Iran has backed Kabul's efforts to initiate a dialogue process with the Taliban to end the protracted war, it continues to be wary of the US involvement in the country.

In recent years, Iran has developed close contacts with Taliban and its leaders have even traveled to Tehran for "political consultations" with the Iranian officials.

There have also been reports about the group opening an office in Iran and Tehran supplying arms to the group. However, Tehran has strongly rejected these reports.

Iran maintains that the complete withdrawal of the US-led foreign forces from Afghanistan holds key to peace and stability in the country.

Iran and Afghanistan, the two neighbors, share a 921-kilometer (572-mile) border, connecting several cities on both the sides. A large number of Afghan refugees fleeing the war in their home country are in Iran.