Turkmen official says Russia is not abiding by Astana commitments 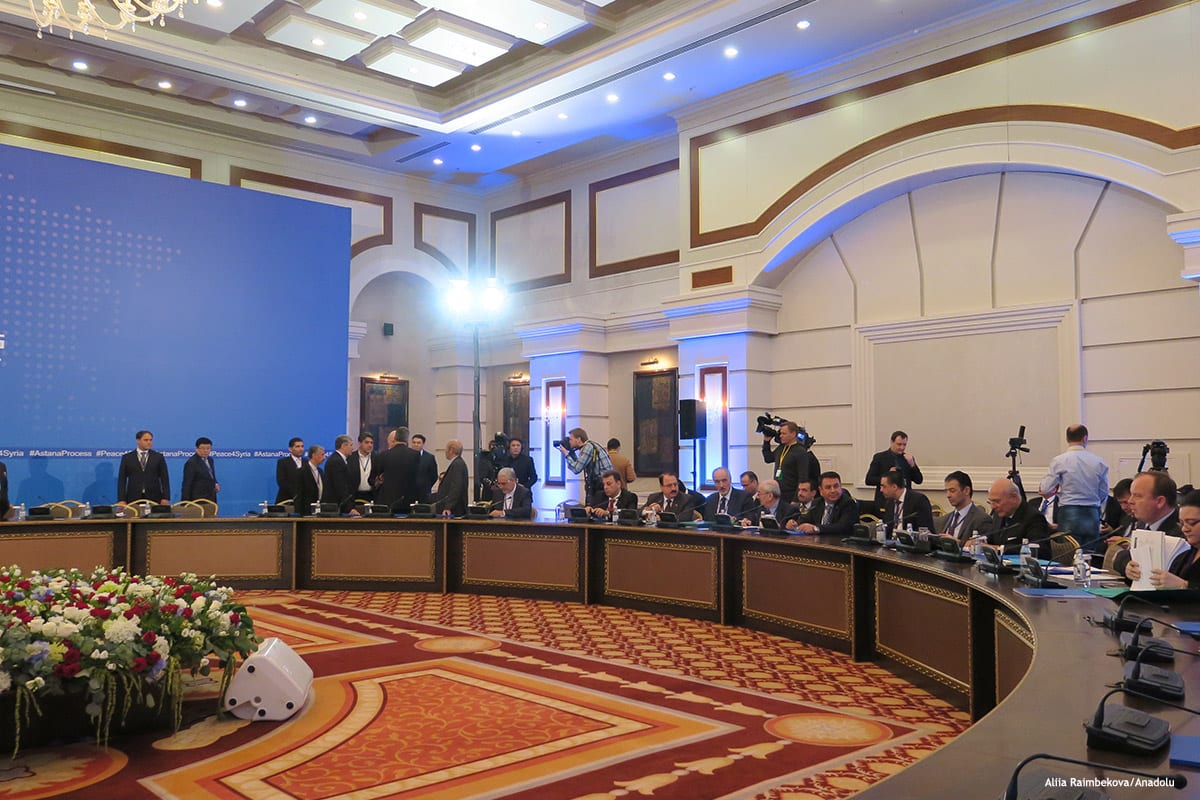 Representatives from the Syrian government and opposition delegates take part in the first session of Syria peace talks in Astana, Kazakhstan on 23 January 2017 [Aliia Raimbekova/Anadolu]
February 27, 2017 at 12:57 pm

A representative of the Turkmen component in the Syria High Negotiations Committee has accused the Russians of failing to comply with the commitments they made during talks in the Kazakh capital, Astana. Mohammed Shemaly made his comments as the Syrian regime forces continue their bombardment of opposition areas.

Shemaly warned that Russia's lack of commitment could influence the course of the Geneva 4 negotiations, since an effective ceasefire is a necessary confidence-building measure in the political process. He explained that during the past two days, the Syrian regime forces have shelled a neighbourhood in Homs, central Syria, which resulted in numerous deaths, although the district has been under siege for more than four years.

Read: Russia refuses to share responsibility for fate of refugees


"Agreements were reached between the local committees in the neighbourhood and the Russian and regime forces" said Shemaly. "These resulted in the exit of some rebels from the area but they have not stopped the bombing." He added that two other neighbourhoods in the east of Damascus were also targeted by regime forces.

According to Shemaly, the opposition parties held a meeting in Geneva to look into these violations and sent a letter to UN Secretary-General António Guterres. "There is a positive atmosphere at the talks," he confirmed, amidst hopes that the confidence-building measures are fulfilled to facilitate the negotiation process.