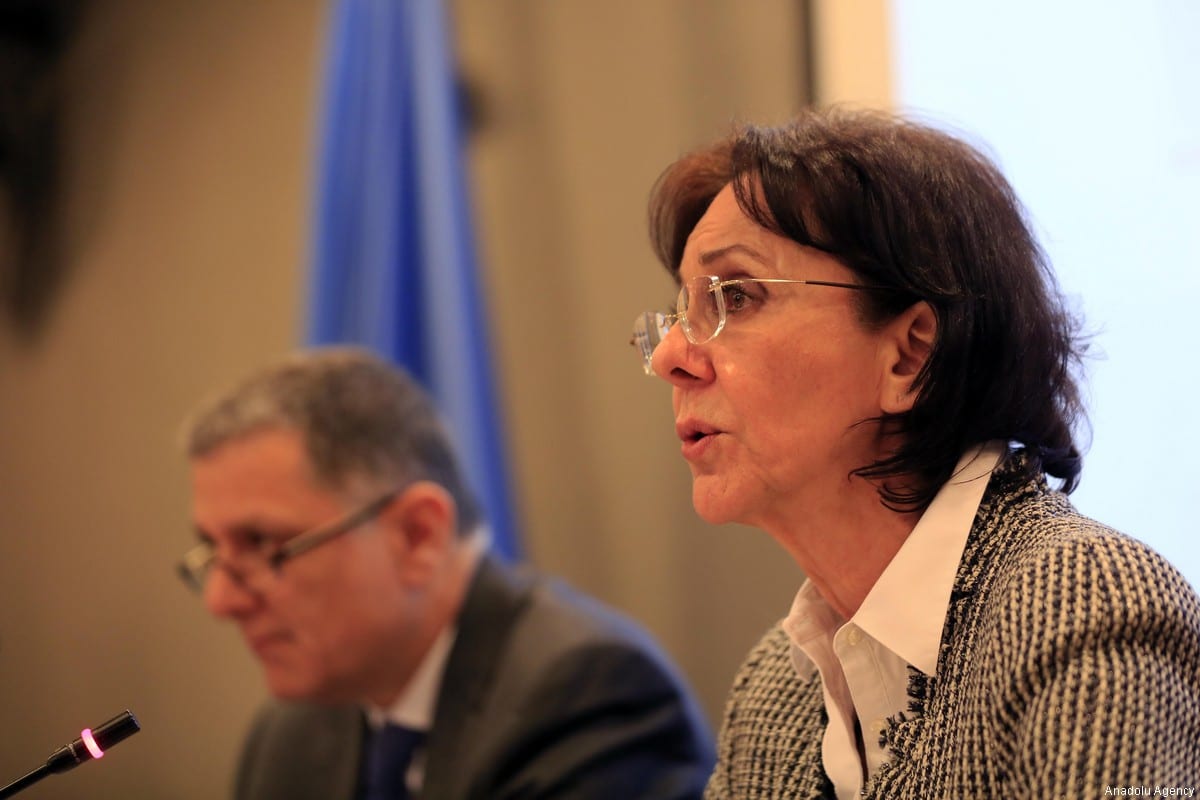 Abbas informed Khalaf about his decision in a telephone conversation in which he congratulated her for standing for humanity, true values and loyalty to international law, state news agency Wafa reported.

Khalaf resigned Friday from her post as Executive Secretary of the United Nations Economic and Social Commission for the Western Asia (ESCWA) after UN Secretary-General Antonio Guterres forced her to withdraw a report that accused Israel of operating an "apartheid" regime.

Abbas said Palestinians appreciated Khalaf's humanitarian and national stances as she refused to cover up crimes committed by the Israeli occupying authority against the Palestinian people.

The ESCWA report released Wednesday said Israel "established an apartheid regime that dominates the Palestinian people as a whole" and that there was "overwhelming evidence" Israel had committed the "crime of apartheid".

On the same day of the report's release, Khalaf said the "ignorance of the international community" in recent decades had "encouraged Israel to continue its abuses of international law".

Established in 1973 to promote economic and social development among member states, ESCWA is currently comprised of 18 Arab nations.