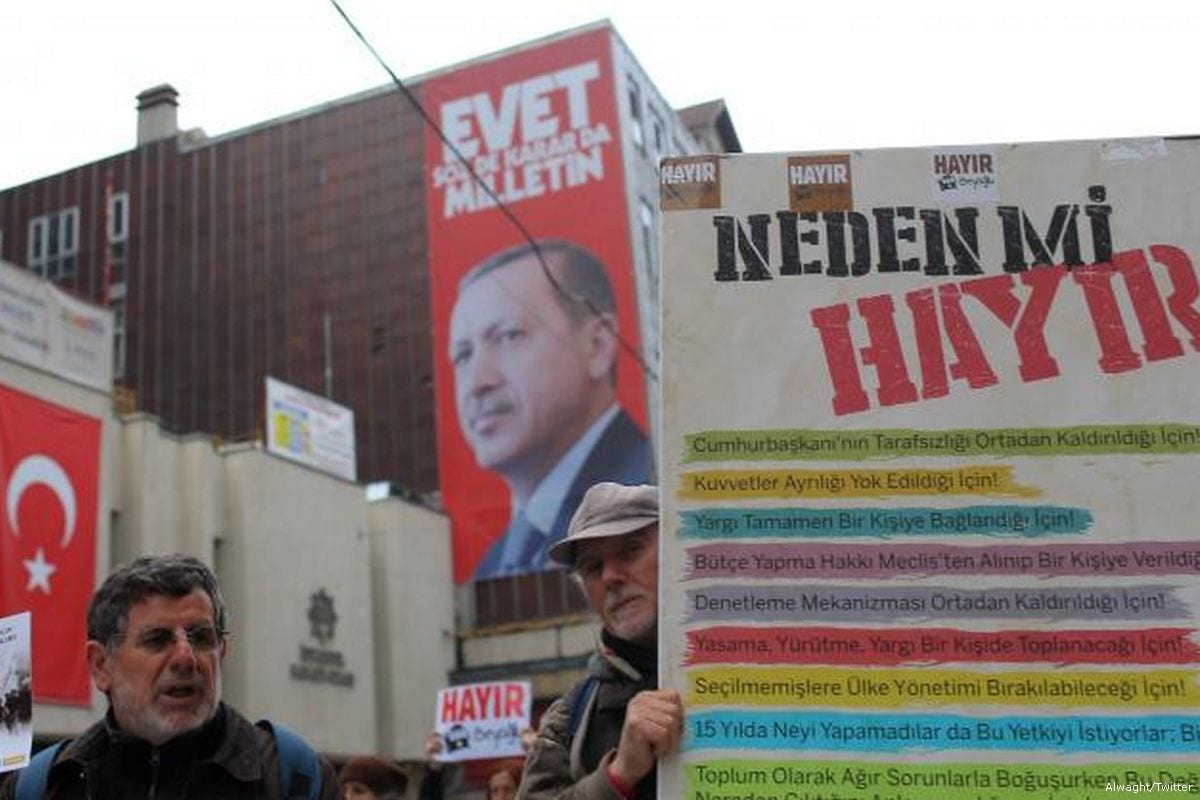 Two Turkish opinion polls today showed a narrow majority of Turks, between 51-52 per cent, would vote "yes" in Sunday's referendum on changing the constitution to create an executive presidency.

Voters in Turkey will go to the polls on 16 April to decide whether to give President Recep Erdogan new powers. Voting by Turks abroad began as early as late March and finished on Sunday.

Read: Turkey may have Brexit-like referendum on EU


The number of undecided voters has fallen to eight per cent, ANAR said, adding that after distribution of these voters, there was a two percentage point rise in the "yes" vote compared with its survey at the start of March.

The results only apply to voters in Turkey, with the level of "yes" support among voters abroad expected to raise the "yes" vote slightly, ANAR said in a statement shared on Twitter by its general manager Ibrahim Uslu.

Erdogan said yesterday that Turks living overseas had turned out in greater numbers to vote, a development that pollsters say could benefit him.

The referendum campaign has damaged Turkey's ties with some European allies in particular those in Germany and the Netherlands.