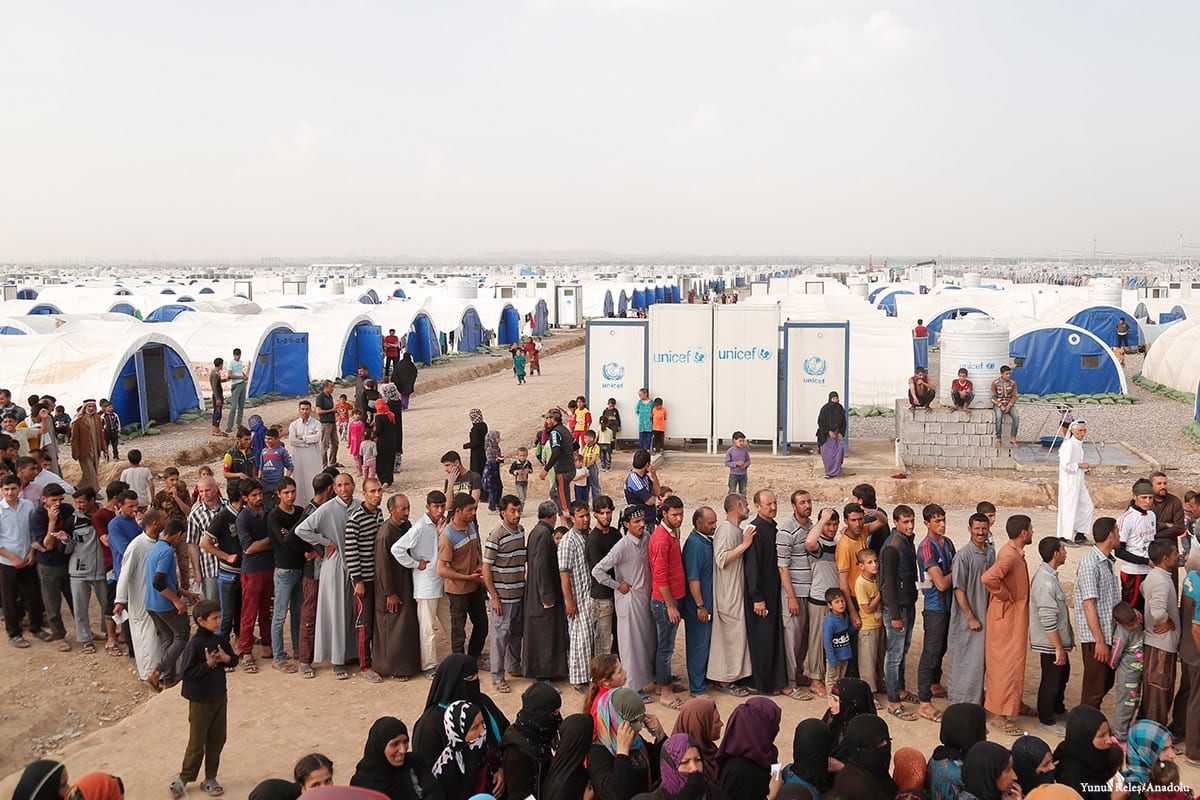 The battle to dislodge Daesh from the Old City of Mosul, where hundreds of thousands of Iraqi civilians are trapped, could turn into the worst humanitarian catastrophe in the war against the militants, the United Nations warned on Tuesday.

About 400,000 civilians, or a quarter of Mosul's pre-war population, are trapped in the Old City, according to UN estimates. As many as half a million people are estimated to remain overall in neighbourhoods still under Daesh control in western Mosul.

If there is a siege and hundreds of thousands of people don't have water and don't have food, they will be at enormous risk. We could be facing a humanitarian catastrophe, perhaps the worst in the entire conflict.

Mosul, the largest city in northern Iraq and the country's second city, was captured by the ultra-hardline Daesh militant group in mid-2014. Iraqi government forces have taken back most of it in a US-backed offensive launched in October, including the half that lies east of the Tigris River.

Trying to escape Mosul, Iraqi women give birth where they can

"It is a deteriorating situation, we fear for the lives of the 400,000 people in the old city," said Grande.

Families…tell us that they are being shot at as they are escaping. It's terrifying.

Residents who have managed to escape from the Old City have said there is almost nothing to eat but flour mixed with water and boiled wheat grain. What little food remains is too expensive for most residents to afford, or kept for Daesh fighters.

Government forces are trying to capture the Grand Al-Nuri Mosque in the Old City, from where Daesh leader Abu Bakr Al-Baghdadi declared a "caliphate" spanning parts of Iraq and Syria nearly three years ago.

Civilians are forced to eat cats in war-torn Mosul


Troops have had the mosque, with its leaning minaret, in their sights since last month. But their progress has been painstakingly slow as the militants have adopted innovative tactics, and made use of ambushes and narrow streets to force Iraqi units to dismount from their Humvees, tanks and armoured personnel carriers to fight them in infantry battles where they possess an advantage that slightly offsets against their massive numerical inferiority.

Facing an original force of 100,000 Iraqi soldiers, Shia jihadists and Kurdish Peshmerga militants, Daesh started off the battle for Mosul with approximately 6,000 men and have killed thousands of Iraqi troops.

The fighting has also killed several thousands among civilians and fighters on both sides, according to aid organisations, including in the single most deadly bombing of the conflict where US airpower killed up to 511 civilians in a single airstrike. Half a million civilians have been displaced and have fled in the past six months of fighting.