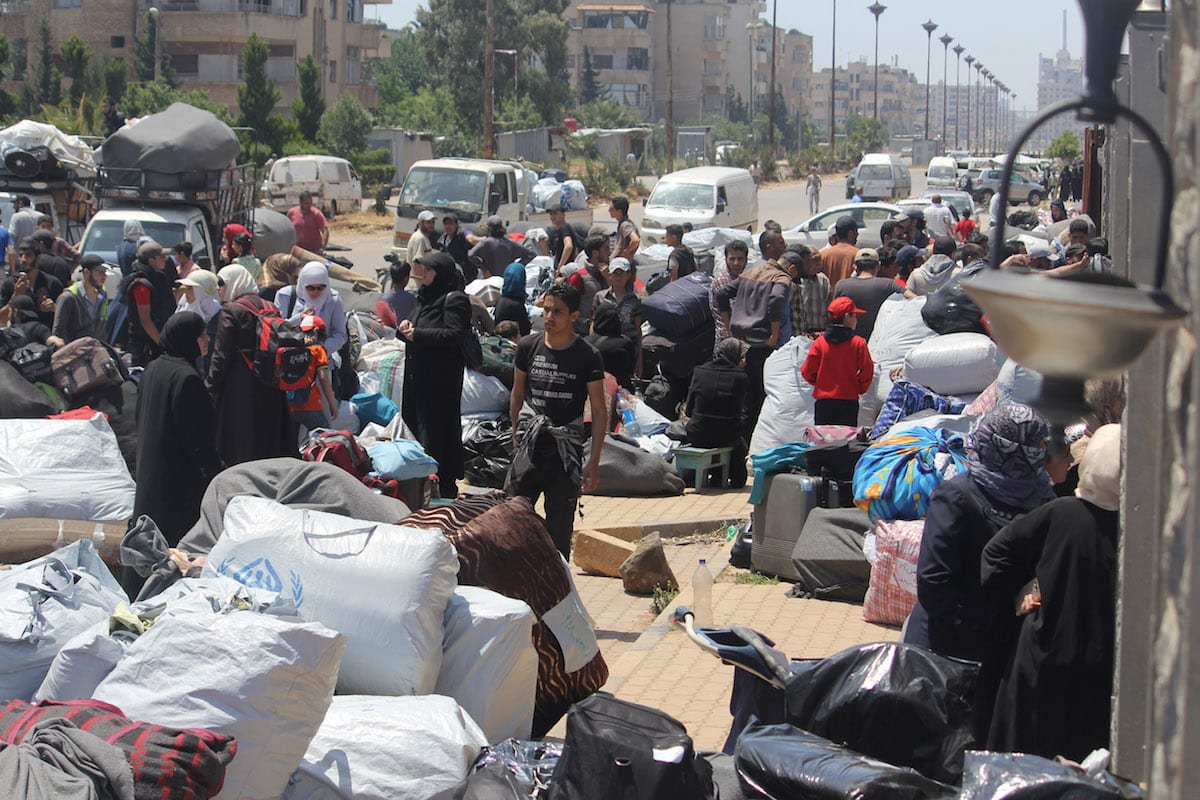 More than 1,000 insurgents and their families left an opposition-held district of Damascus on Monday, completing an agreement between the Syrian government and rebels, Syrian state media outlets and a war monitoring group said.

Well over 3,000 people have left Qaboun in two days of evacuations, paving the way for the government to regain control of the area, the Britain-based Syrian Observatory for Human Rights said.

They headed for areas still under opposition control east of the Syrian capital, or for the northwestern province of Idlib, also held by insurgents, it said.

Syria's military released a statement saying it had "returned peace and security to the Qaboun area" after killing many insurgents and blowing up tunnels they had used for supplies.

"This strengthened the perimeter of security around Damascus and chokes the terrorist groups" to the east, it said, referring to rebels.

Damascus has done a number of similar deals in recent months with the Syrian opposition, supported in some cases by Syria's ally Iran and Qatar, which backs the rebels. The government sees the deals as an alternative to failing peace talks.

The opposition says the agreements amount to forced displacement of President Bashar al-Assad's opponents from areas around the capital, and are often reached after months or years of siege by government forces and their allies.

The United Nations has criticised both the use of siege tactics which precede such deals and the evacuations themselves as amounting to forcible displacement.

State TV quoted the Damascus provincial governor as saying that Qaboun "is empty of militants". It said army engineering teams had entered the district, on the city's northeastern edge, to begin clearing it of mines and unexploded ordnance.

The Observatory said 1,300 rebel fighters and their families had left on Monday. On Sunday, more than 2,000 rebels and their family members left Qaboun, state media said.

State TV said several hundred fighters had decided to stay in the district under the agreement as government forces took control.

Many residents and some rebels have chosen to stay, preferring not to move to Idlib, areas of which are frequently targeted by air strikes.