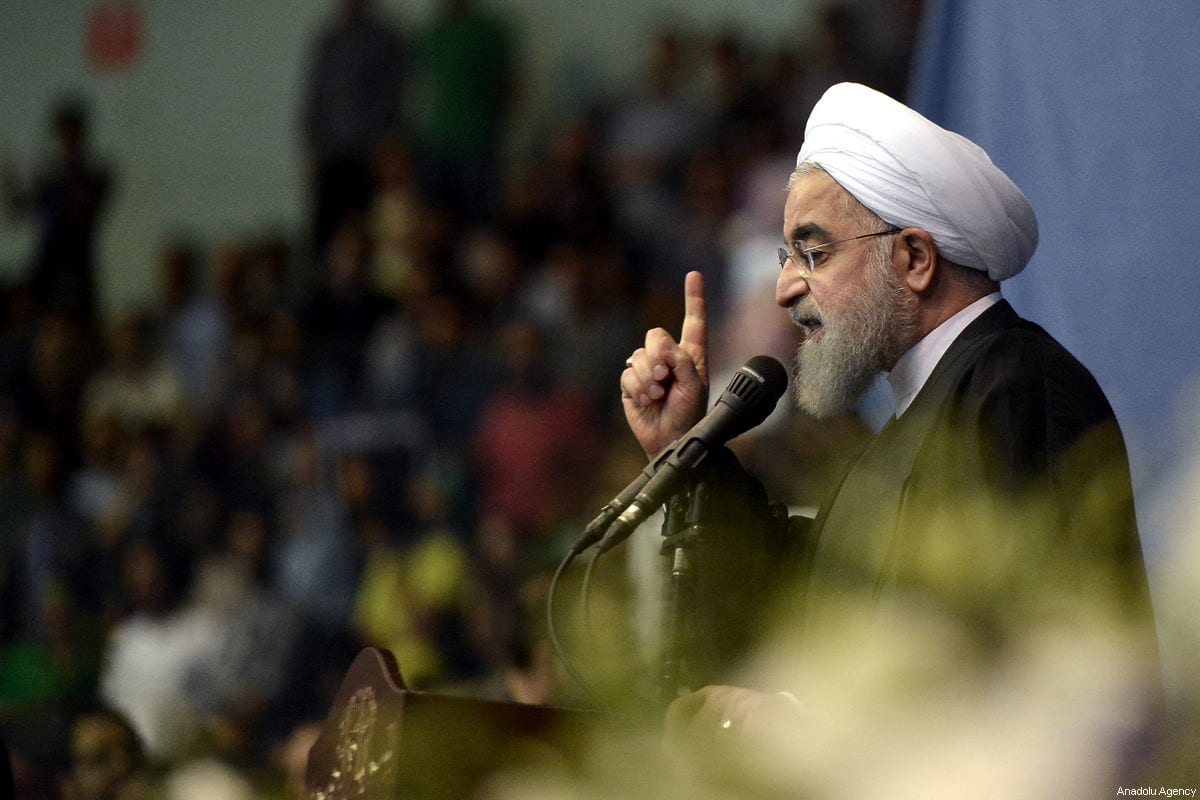 Iranian President Hassan Rouhani delivers a speech at the Azadi Sport Complex ahead of the 2017 presidential elections, in Tehran, Iran on 13 May 2017 [Fatemeh Bahrami/Anadolu Agency]
May 28, 2017 at 2:03 pm

Iran's President Hassan Rouhani called on Saturday for improved relations with Gulf Arab countries during a telephone call with the emir of Qatar, which has come under fire from its Gulf neighbours over its relationship with Tehran.

Iran and the Gulf Arab states are backing opposing sides in the Syrian and Yemen conflicts. Relations were further hit last weekend when US President Donald Trump visited Saudi Arabia and accused Tehran of supporting terrorism in the Middle East.

Iran denies such accusations and says Saudi Arabia, its arch-foe, is the real source of funding for militants. Rouhani responded to Trump's criticism by saying stability could not be achieved in the Middle East without Iran's help.

"The countries of the region need more cooperation and consultations to resolve the crisis in the region and we are ready to cooperate in this field," Rouhani told Sheikh Tamim, IRNA added.

Qatar said the remarks, published late on Tuesday, were fake and that the news agency that ran them had been hacked. Following the reports about the fake remarks, Saudi Arabia, the UAE and Egypt banned Qatari news websites and television station, including the Al Jazeera network.