The Palestinian Authority is increasing its control on the media and quashing freedom of speech and expression in the occupied territories, officials at the 35th session of the UN Human Rights Council held in Geneva were told yesterday. 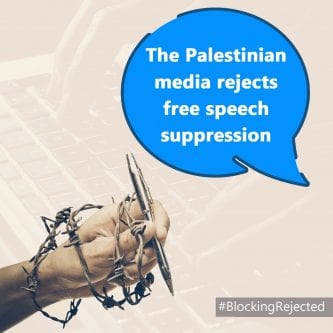 "The PA has closed and censored various online and print media outlets, and it systematically cut the salaries of parliament deputies speaking loudly of their opposition," Ghada Rayan, from the Euro-Mediterranean Human Rights Monitor, said during the session.

She noted that a number of Arab governments started to take violent and oppressive measures against freedoms in the wake of the crisis among Gulf states.

"As soon as the Arab Gulf diplomatic crisis erupted, several governments imposed an atmosphere of fear among citizens," she said.

Civil liberties were limited and censored and dozens of arbitrary restrictions were applied to journalists and media outlets. Some media organisations have been shut down.

Rayan also discussed Israel's "consistent violation of the rights of Palestinian journalists, including incitement against them."

She called on the UNHRC and its member states to put pressure on governments in the Middle East to stop their oppression of the right to freedom of expression, to cease the policy of silencing opposition and fearmongering.

Last week, the PA blocked 11 Palestinian news websites. The sites were blocked due to "a number of pending cases for reporting false information and being unethical," PA officials said according to Ma'an News Agency.