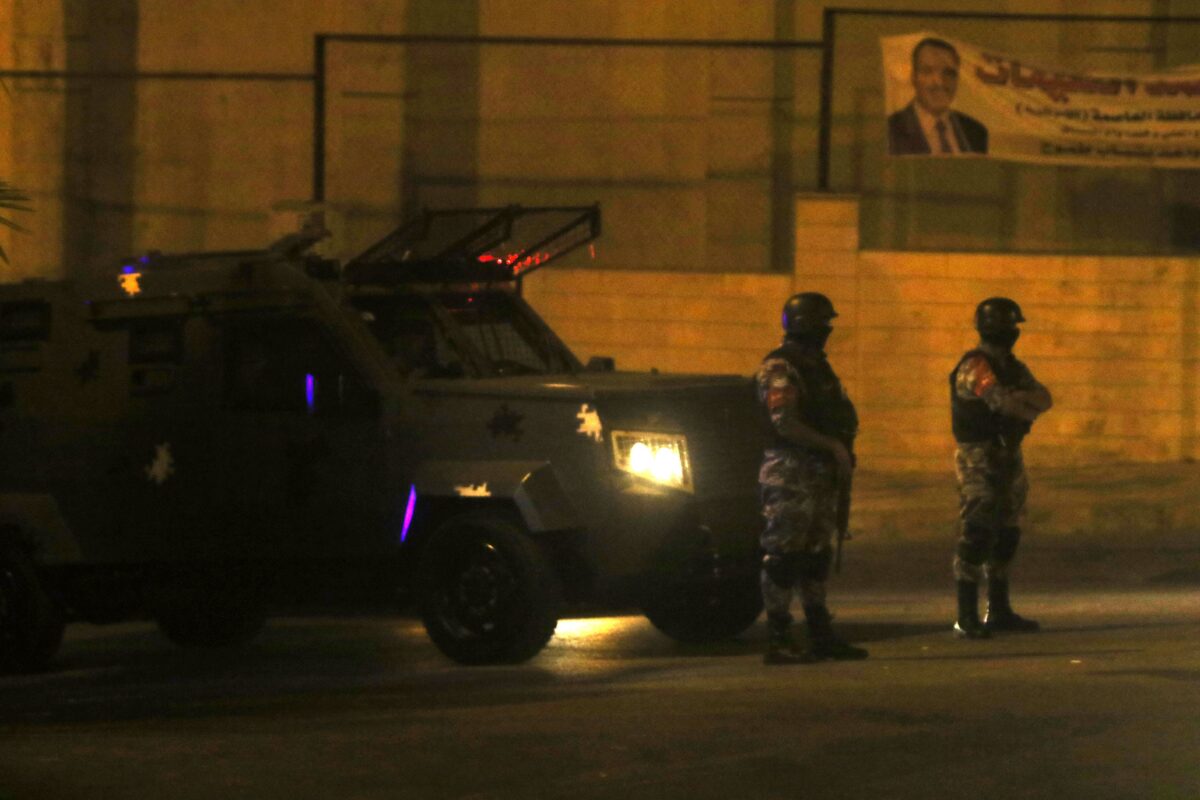 Jordanian security forces are seen as they sealed off the scene and blocked entries to the area after two Jordanians were killed and an Israeli was injured in a violent incident at the Israeli embassy in Jordan on July 23, 2017. Security forces opened fire when a Jordanian national reportedly stabbed an Israeli personnel at the embassy in Amman, said security sources. [Salah Malkawi/Anadolu Agency]
July 24, 2017 at 10:51 pm

Staff at the Israeli Embassy in Jordan are returning to Tel Aviv, a spokesman for Israeli Prime Minister Benjamin Netanyahu announced today, they include the injured security guard who Jordan wanted to question in relation to the murder of two of its nationals.

"The Israeli diplomats in Amman, headed by Ambassador Einat Shlein, have returned safely to Israel a short while ago via the Allenby bridge," said Ofir Gendelman, Netanyahu's spokesman, announced on Twitter.

"The return of the Embassy personnel was made possible thanks to the close cooperation that took place over the past 24 hrs b/w Israel&Jordan," Gendelman said.

The Security officer who was injured in the stabbing attack that was perpetrated in Amman has also returned to Israel.

"PM Netanyahu spoke a short while ago with Israel's Ambassador to Jordan Einat Shlein and with the security officer and welcomed them home."

Yesterday evening, two Jordanians were killed in a building used as a residence for staff at the Israeli Embassy in Amman after being shot by a security guard at the embassy.

Read: One Jordanian killed, one Israeli wounded at Israeli embassy in Jordan