UN: Saudi coalition to blame for 51% of Yemen's child casualties 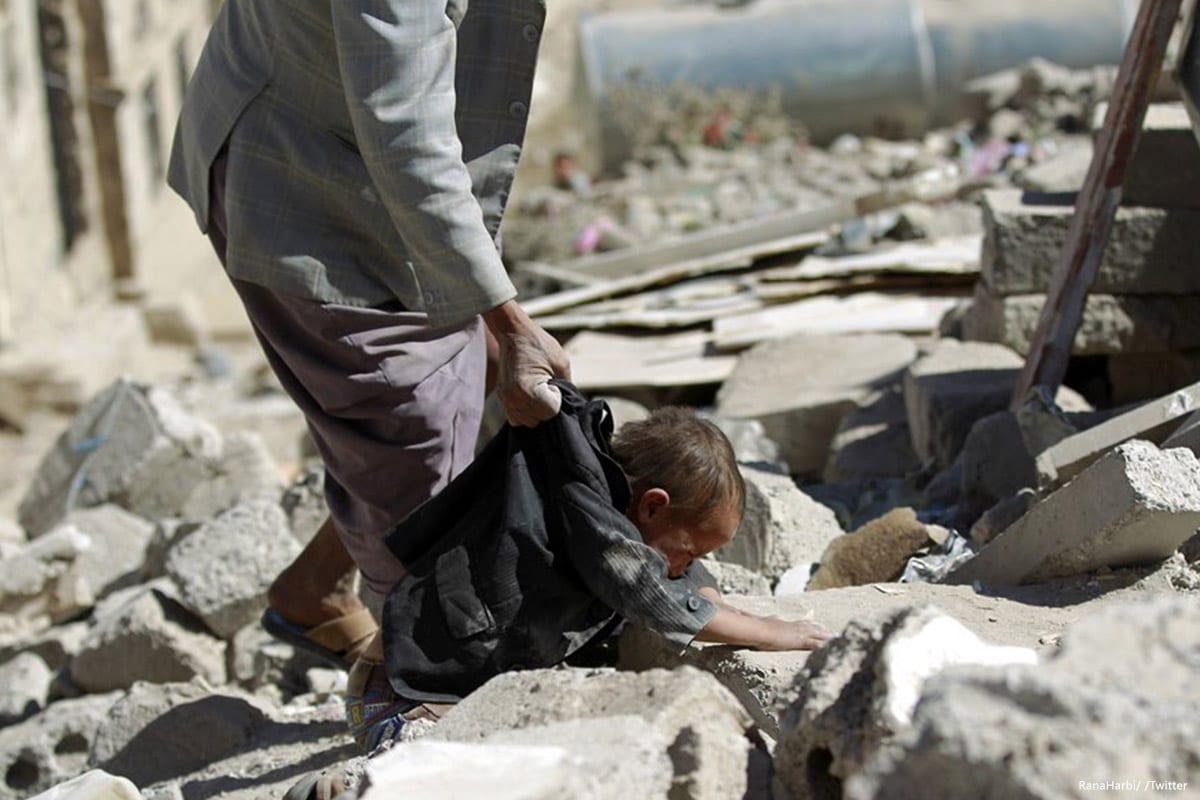 A Yemeni man is holding a child as he desperately searches for survivors after Saudi airstrikes hit Yemen on 11 March 2017 [RanaHarbi/ /Twitter]
August 18, 2017 at 11:31 am

The Saudi Arabia-led military coalition is responsible for an "unacceptably high" 51 per cent of child deaths and injuries in Yemen last year, according to a draft United Nations report.

The draft report on children and armed conflict, which still has to be approved by UN Secretary-General Antonio Guterres and is subject to change, blamed the Saudi-led coalition for more than 680 child casualties and three-quarters of the attacks on schools and hospitals in Yemen.

"Attacks carried out by air caused over half of all child casualties, with at least 349 killed and 333 injured," the draft report found. The Saudi-led coalition began an air campaign in Yemen in March 2015 to defeat Iran-allied Houthi rebels. 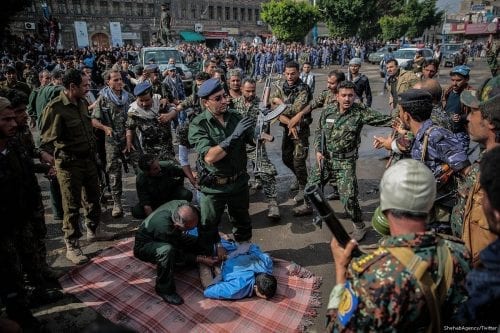 It will be up to Guterres to decide whether to return the Saudi-led coalition to a child rights blacklist annexed to the report. The coalition was briefly added last year and then removed by then-UN chief Ban Ki-moon pending a review.

The Saudi-led coalition had been named on the blacklist last year after the UN report blamed it for 60 per cent of child deaths and injuries in Yemen in 2015 and half the attacks on schools and hospital.

Saudi Arabia's UN mission said in a statement on Wednesday that there was "no justification whatsoever" for including the coalition's name on the blacklist. It declined to comment on the findings in the draft report for 2016.

The report, which officials say is likely to be published next month, is issued in Guterres' name but was drafted by his special envoy for children and armed conflict, Virginia Gamba. It is produced at the request of the UN Security Council.

"The United Nations was informed of measures taken by the coalition in 2016 to reduce the impact of conflict on children," according to the draft report. "However, despite these measures, grave violations against children continued at unacceptably high levels in 2016."

The draft report said the Houthi rebels and affiliated forces were responsible for nearly a third of the total 1,340 child casualties verified by the United Nations.

UN spokesman Farhan Haq said Guterres received a draft of the 2016 report this week and was due to discuss it with Gamba today. "It's still a work in progress," Haq said.

Report: Rise in number of Saudi airstrikes in Yemen in 2017