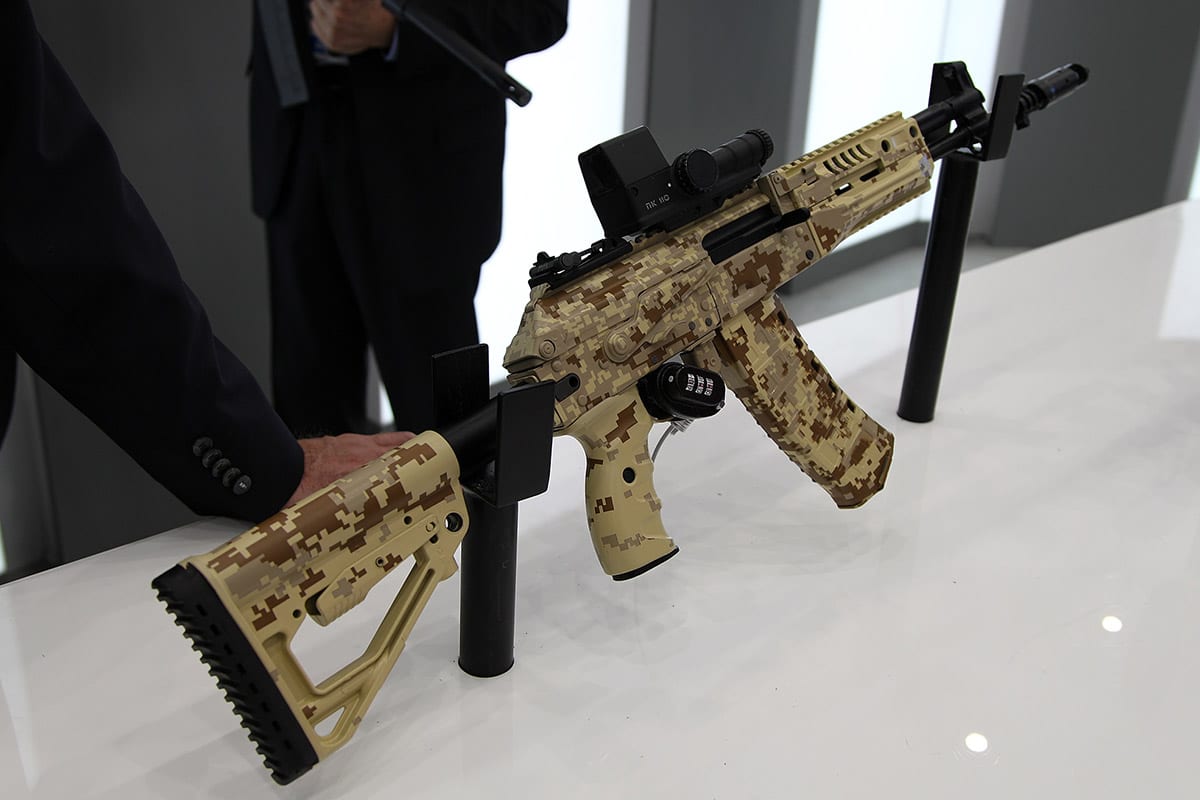 Israeli cornershot, a weapon the army sold to Myanmar [Wikipedia]
September 6, 2017 at 3:42 pm

Israel has continued to sell arms to Myanmar, despite international condemnation of the country's crackdown on its Rohingya Muslim minority.

According to Haaretz, in response to a petition filed by human rights activists against the arms sales the Israeli Defence Ministry Avigdor Lieberman said: "The matter is clearly diplomatic."

The armaments sold to Myanmar include over 100 tanks, weapons and boats that have been used to police the country's border and perpetrate numerous acts of violence against the Rohingya, such that the UN suspects the army is committing ethnic cleansing.

The US and EU have both implemented an arms embargo on the South Asian country. In a Knesset meeting in June, Lieberman alleged that Israel "subordinates [itself] to the entire enlightened world, that is the Western states, and first of all the United States, the largest arms exporter."

Read:'World must react to crimes against humanity' says Turkey PM

He added that Israel's policy complied with the "accepted guidelines of the enlightened world".

The Israeli High Court of Justice is scheduled to consider the petition submitted by rights groups later this month.

Often considered the world's most persecuted people, violence towards the Rohingya has intensified once again in recent weeks. The region has seen tensions simmer between its Buddhist and Muslim populations since communal violence broke out in 2012, although Rohingyans have been fleeing oppression in Myanmar since the 1990s.

UN data estimates that some 90,000 members of the minority group have been forced to flee in the past ten days, in fear of their lives as their villages are burned. Human rights organisations have documented mass rapes, beheadings and the burning of civilians, including infants, who remain.

The Myanmar government, led by Nobel Peace Prize winner Ang San Suu Kyi, has accused the Rohingya of illegally squatting on Burmese territory and deny allegations of genocide. Suu Kyi has come under severe condemnation for her support of the military position, with many calling for her Nobel Prize to be rescinded.

Most of the refugees, the majority of whom are women, children or the elderly, are fleeing to Bangladesh, with 125,000 people arriving in the country since 25 August; but the Bangladeshi government has repeatedly turned hundreds of thousands more away rendering them stateless. Some 400,000 Rohingyan currently live in makeshift refugee camps along the Burmese border, where they are vulnerable to further attacks from the army.

Last week, Bangladesh went further and offered military aid to Myanmar to tackle alleged Rohingya militants; aid that many believe will go towards assaults on civilians.

Turkey has been a vocal critic of Myanmar's actions and has pledged to raise the issue of the Rohingyan Muslims at the UN General Assembly in New York later this month.