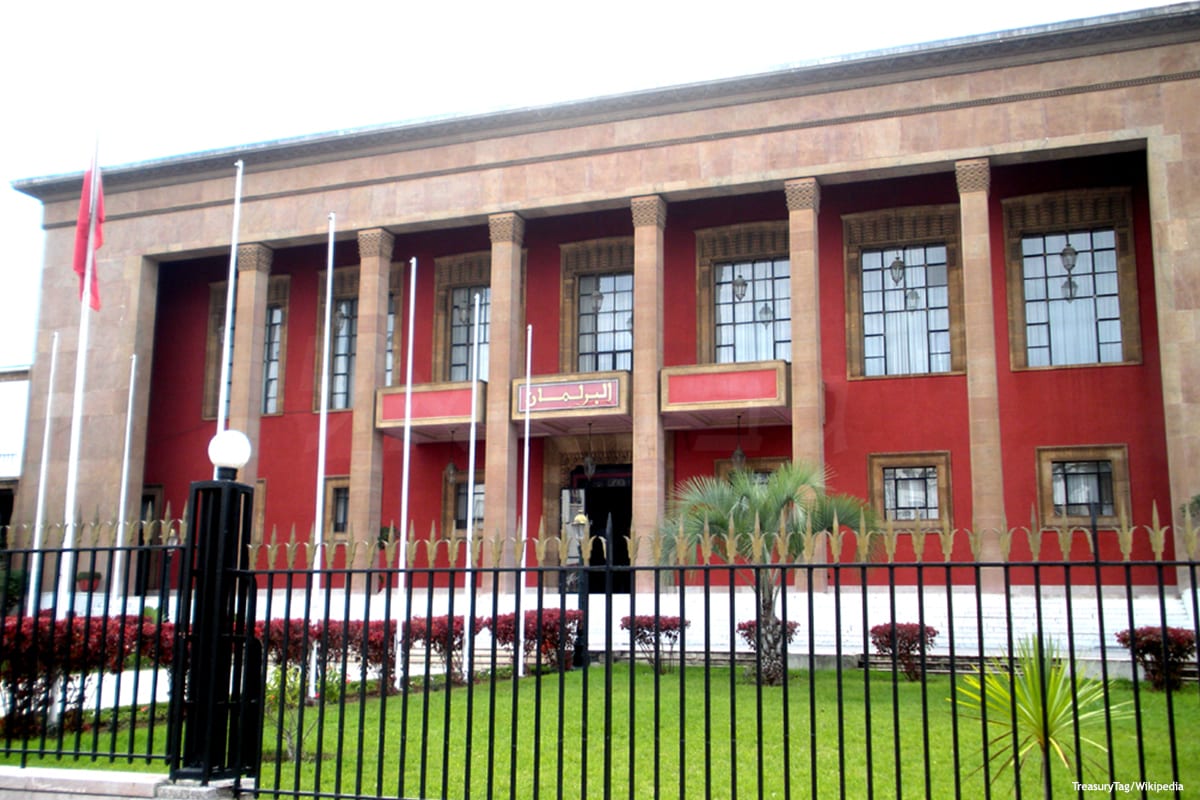 Image of Moroccan Parliament [TreasuryTag/Wikipedia]
October 9, 2017 at 10:39 am

Moroccan lawmakers protested yesterday against the presence of an Israeli delegation at a conference organised by the Parliamentary Assembly of the Mediterranean (PAM) and the World Trade Organisation (WTO) at the Moroccan Parliament in Rabat.

The parliamentarians called it "a provocation against the Moroccan people".

"You are a war criminal and you have to leave Morocco" said Abdel Haq Hissan, a Democratic Confederation of Labour (CDT) MP, addressing former Israeli Defence Minister Amir Peretz in the conference hall.

"You are a criminal against humanity," he continued, "you killed children and innocent people, you have to leave the parliament, and we reject your attendance as well as the delegation accompanying you".

The Moroccan parliamentarians raised the Palestinian flag and banners inside the conference hall calling for the expulsion of the delegation.

On Saturday three parliamentary blocs in the House of Advisors rejected the presence of the Israeli delegation.

The ruling Justice and Development Party (AKP), the Moroccan Workers Union, the largest union in the country and the CDT said in a joint statement that they "received with great dismay" the news that Peretz was there.

PAM and the WTO are organising a two day conference on facilitating trade and investment in the region.