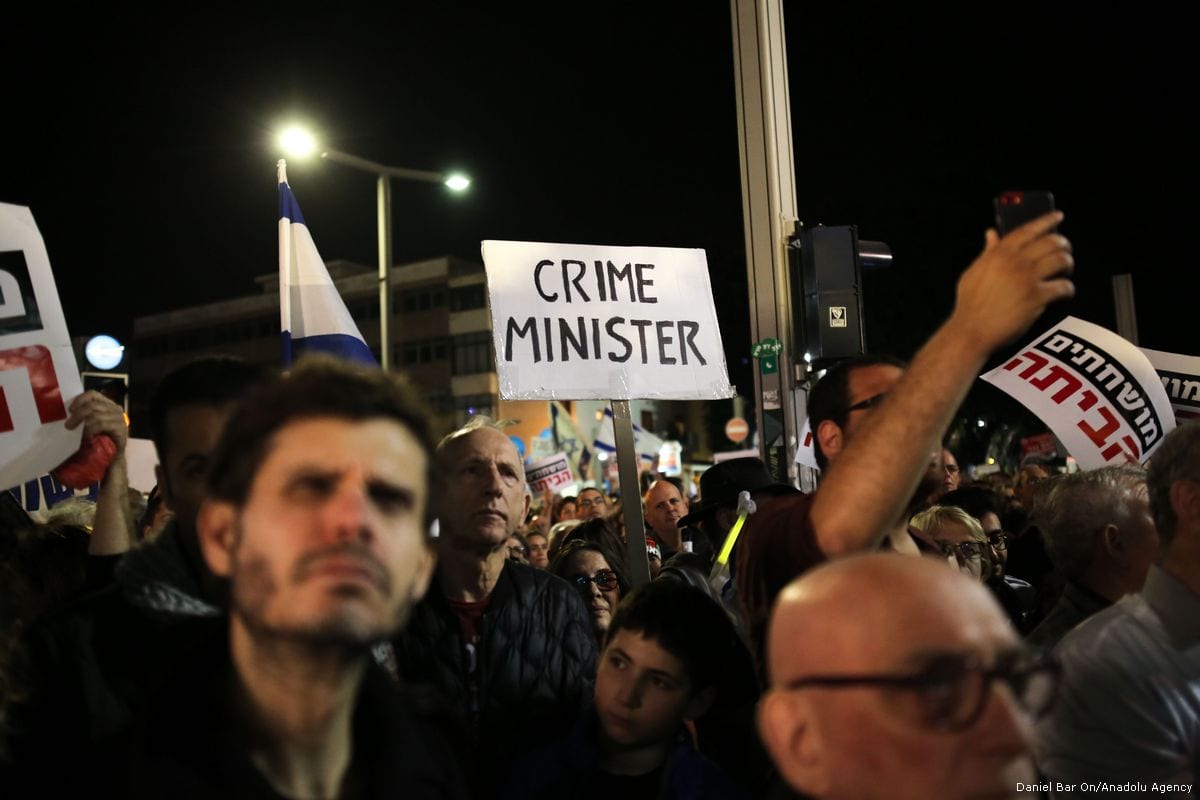 Hundreds of people gather to protest against Israeli Prime Minister Benjamin Netanyahu for corruption in Israel on 16 December 2017 [Daniel Bar On/Anadolu Agency]
December 20, 2017 at 11:46 am

According to reports, "Netanyahu tried to continue his address over the jeers, but it took several minutes until the demonstrators were ushered from the room and calm was restored."

In a letter to the Defence Ministry, activists urged that it "freeze or annul the arms sales over accusations of human rights abuses committed by Honduran security forces."

The letter, sent last week and obtained by the Associated Press yesterday, comes after weeks of protests following Honduras' 26 November election in which at least 14 people have been killed.

In November, Israel's Foreign Ministry "stated categorically that it was no longer selling weapons to Myanmar, which has been accused of ethnic cleansing, amid an international outcry against the arms sales."

"The statement referred only to weapons sales, but made no mention of other security-related products, like surveillance technology or military training services."