Kurdish militia in Syria: We are working with Assad against Turkey 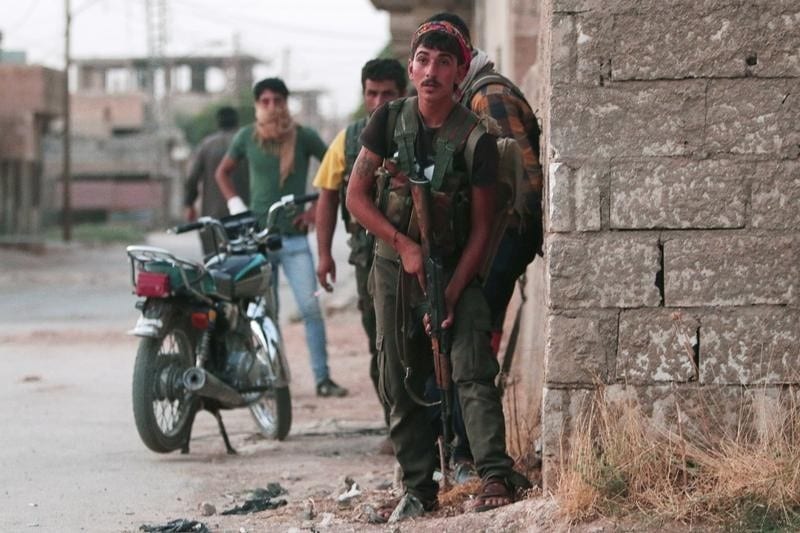 Kurdish forces Syria are coordinating their military efforts with the regime of Bashar Al-Assad in Afrin an effort to face the Turkish-backed Free Syrian Army, the commander-in-chief of Kurdish forces said yesterday.

In a statement, Siban Hamo confirmed that the People's Protection Units (YPG) and the Syrian Army are working together in Afrin.

This comes at a time when the militia allowed the entry of media correspondents loyal to the Syrian regime in to Afrin in order to cover the course of the battle.

Hamo said in his remarks: "We demand the Syrian Army assume its responsibilities towards Afrin after the Turkish aggression."

"We have no problem with the entry of Syrian forces to defend Afrin in the face of Turkish intervention," Hamo added.

Hamo claimed that "until now, we have not seen any practical step by the Syrian government towards the Turkish aggression on Afrin, and coordination is limited between us on the introduction of humanitarian aid to the region."

News of the coordination comes weeks after the head of the regime, Bashar Al-Assad, described the Kurdish fighters as "traitors", as a result of their coordination with the US in the war against Daesh.

OPINION: What is behind the US' support of the YPG?