Israel's bone of contention is Palestinian resilience, not the Gaza tunnel network 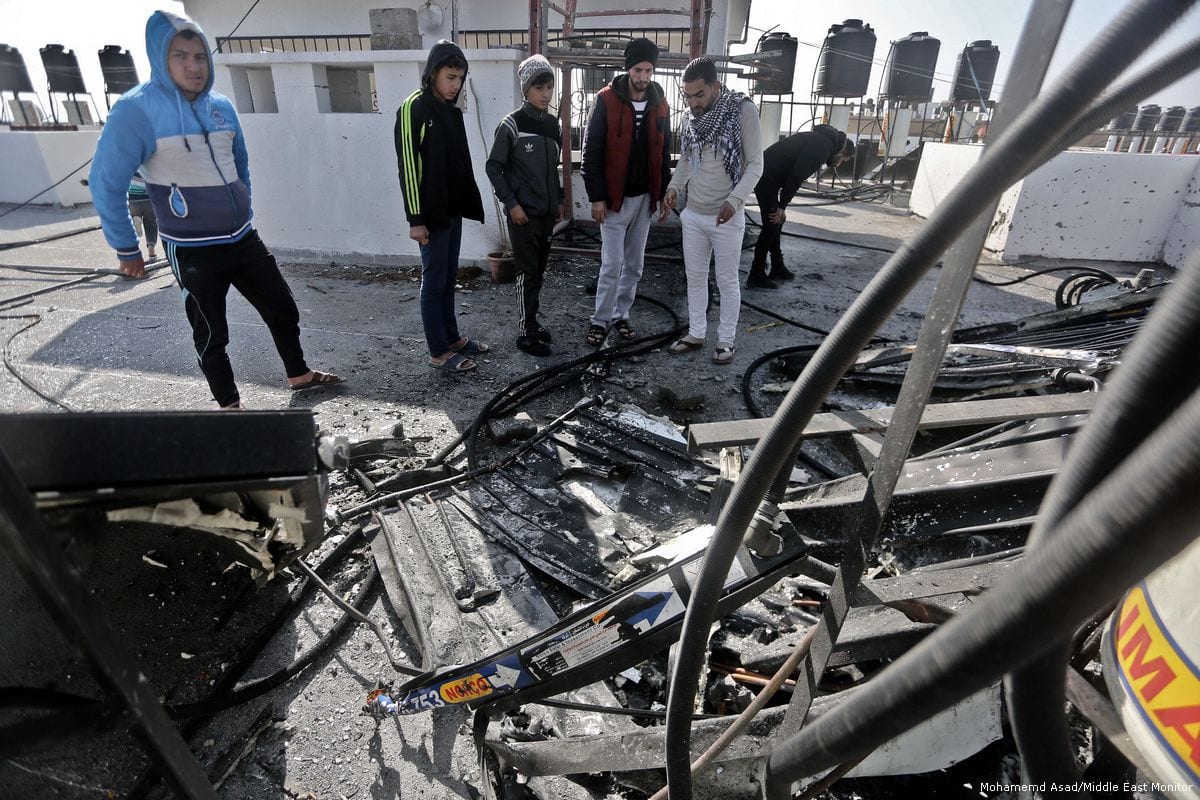 In February, Israel asked the international community to contribute $1 billion towards a plan for the Gaza Strip's shattered infrastructure. According to Israeli Prime Minister Benjamin Netanyahu, the international community is obliged to make such a financial commitment due to Hamas supposedly ignoring the basic needs of Palestinian civilians in Gaza. However, Netanyahu's twisted logic was annihilated swiftly by Major General Yoav Mordechai, who described any forthcoming investment in Gaza as central to the Israel Defence Forces' security doctrine.

Less than two months after the initial appeal, Netanyahu has exposed the hypocrisy of employing the security narrative for any financial aid intended to reach Gaza. While the UN persists with its duplicitous agenda of raising funds for Palestinians' humanitarian needs and ensuring that these are no more than sufficient to provide temporary relief, Israel has conveniently renewed its tunnel demolitions to provide the Israeli leader with the opportunity to define any financial aid given to Palestinians in accordance with his own, widely disseminated, "aid is support for terror" narrative.

"It is time for the international community to recognise that the Gaza aid money is being buried underground," claimed the right-wing Prime Minister. Israeli media have described the recent focus on destroying the tunnel network against a backdrop of "tensions between Israel and terror groups in the Palestinian enclave." To this effect, Netanyahu defined Israeli policy as taking "determined action against any attempt to harm us and to systematically eliminate the terror tunnel infrastructure."

Read: Gaza is sitting on top of a volcano

There are several strategies to which Israel resorts in order to ensure that Gaza remains shackled to its current conditions and worse. The international community's near-unquestioning endorsement of Israel's narrative regarding Palestinian resistance, particularly that by Hamas, has ensured a lack of scrutiny and accountability whenever, for political convenience, Netanyahu decides to play the same bogus cards at calculated intervals. This allows him to control the politics and, as a result, dictate when desperately-needed aid is considered to be a political rather than a humanitarian endeavour. This has led to a dual approach in humanitarian aid; with the international community refusing to integrate humanitarian aid and political autonomy, Palestinians are forced into navigating the impositions of their precarious condition without the chance to articulate their needs, let alone their undeniable rights.

Politically, the tunnel network in Gaza is being used as a metaphor of exploitation by Israel. Several Israeli ministers have attempted to invoke an image of Hamas prioritising tunnels over Palestinians' security and well-being. There is a striking absence in such claims of the fact that, due to the enclave's political isolation, even giving precedence to one aim or another is rendered irrelevant.

One might recall the previous international efforts to reconstruct Gaza which were obstructed by Israel using identical "security" rhetoric about the tunnels. Even then, the international community failed to single out Israel's colonial terror as the main reason for such reconstruction actually being necessary, opting instead to give the oppressor a role in the process and thus letting it determine new levels of poverty for the Palestinians in Gaza.

There are precedents which indicate that the international community will once again adopt a stance which allows it to shift according to the need determined by the cycle of oppression. If, as Israeli media are stating, the tunnel network will be rendered obsolete, there is little need for Netanyahu to have any concern about the international community's focus on humanitarian endeavours, flawed as they are. The intention, though, is to leave Gaza smouldering on the verge of implosion.

It might be time to reconsider what Israel's bone of contention really is. It is not Palestinian resistance, which faces serious practical limitations, but Palestinian resilience which has the potential to challenge the settler-colonial regime, regardless of whether the entire tunnel network is destroyed or not. Netanyahu's desired outcome, therefore, has little to do with the tunnels, and everything to do with influencing the international community to new levels of oblivion regarding Gaza and its people.