Abbas to Prince William: We need British support for a Palestinian state 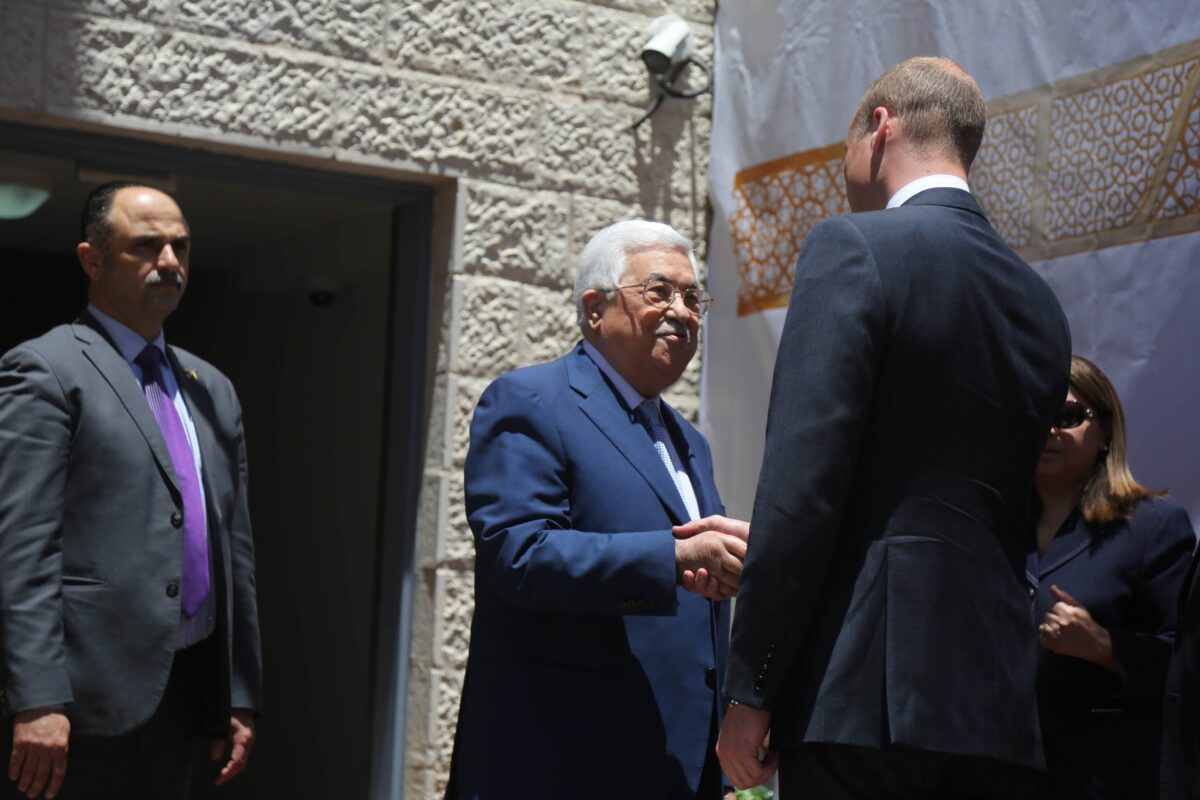 The second in line to the throne received a red-carpet welcome from the Palestinian Authority this afternoon during which Abbas and the prince held a short press conference.

"Your royal highness, your visit to us will deepen and strengthen the ties between our two peoples. We are always in need of your constant support us in our just cause which has taken a long, long, long time and is not solved."

Abbas concluded by expressing his hope to William that "your next visit will be in the state of Palestine when we have our full independence".

"I'm very glad our two countries work so closely together and have had success stories with education and relief work in the past, so, long may that continue," the Prince said.

"My sentiments are the same as yours in hoping that there is a lasting peace in the region."

After his speech, Prince William visited the Jalazone refugee camp near Ramallah and toured a UN-run health clinic at the site.

The prince will spend the rest of the afternoon in the West Bank, during which he will attend events that will "celebrate Palestinian culture, music and food" and meet other Palestinian officials, according to the official press release.

The British royal has spent three days in Israel as part of the royal family's first official trip and has met with several Israeli officials, including Prime Minister Benjamin Netanyahu and President Reuven Rivlin.

Speaking at the British ambassador's residence yesterday, William hailed the UK's relationship with Israel, stating that "ties between the United Kingdom and Israel have never been stronger," but also emphasised the desire to see peace in the region.

"I know I share a desire with all of you, and with your neighbours, for a just and lasting peace," he said. "The United Kingdom stands with you, as we work together for a peaceful and prosperous future."

The prince's tour will end tomorrow with a speech given at the British Consul General in East Jerusalem, which represents Britain's interests in the occupied territories.

The decision to include a trip to Palestinian territories prompted anger from Israel, with Minister of Jerusalem Affairs Zeev Elkin taking issue with the reference to East Jerusalem as occupied territory, claiming that "united" Jerusalem has been the Jewish capital for 3,000 years.