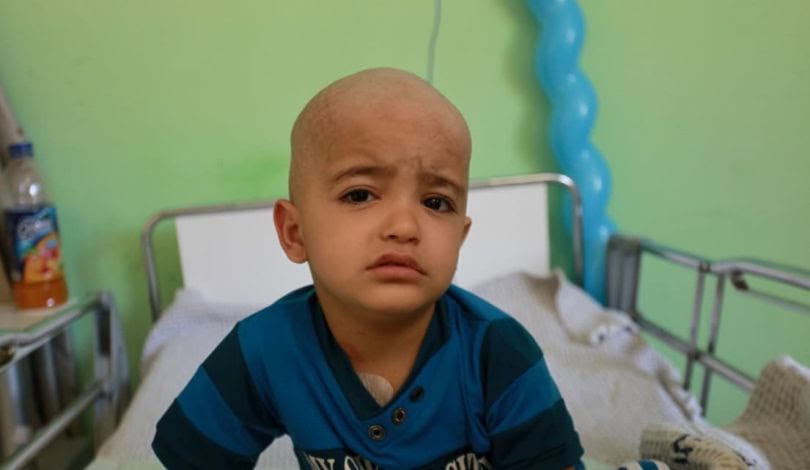 Three-year-old Luay from Gaza has been transferred to the occupied West Bank for cancer treatment
August 17, 2018 at 9:06 am

Israeli occupation authorities have prevented a Palestinian mother from Gaza from traveling with her three-year-old sick child to the West Bank for treatment.

Israel's Haaretz newspaper reported yesterday that the Israeli authorities stopped Hanan Al-Khudari from leaving the Gaza Strip to accompany her son, Luay, on a trip to the occupied West Bank where he will receive cancer treatment. Authorities said Al-Khudari is a close relative of a Hamas member.

Luay was diagnosed with cancer in January and underwent treatment at two hospitals in the past including Israel's Hadassah hospital in Jerusalem.

In May, he was transferred for treatment at Al-Najah University Hospital in Nablus; however the Israeli authorities prevented his mother from leaving the besieged enclave to accompany him.

Testimonies of Flotilla activists: Israel was trying to break us