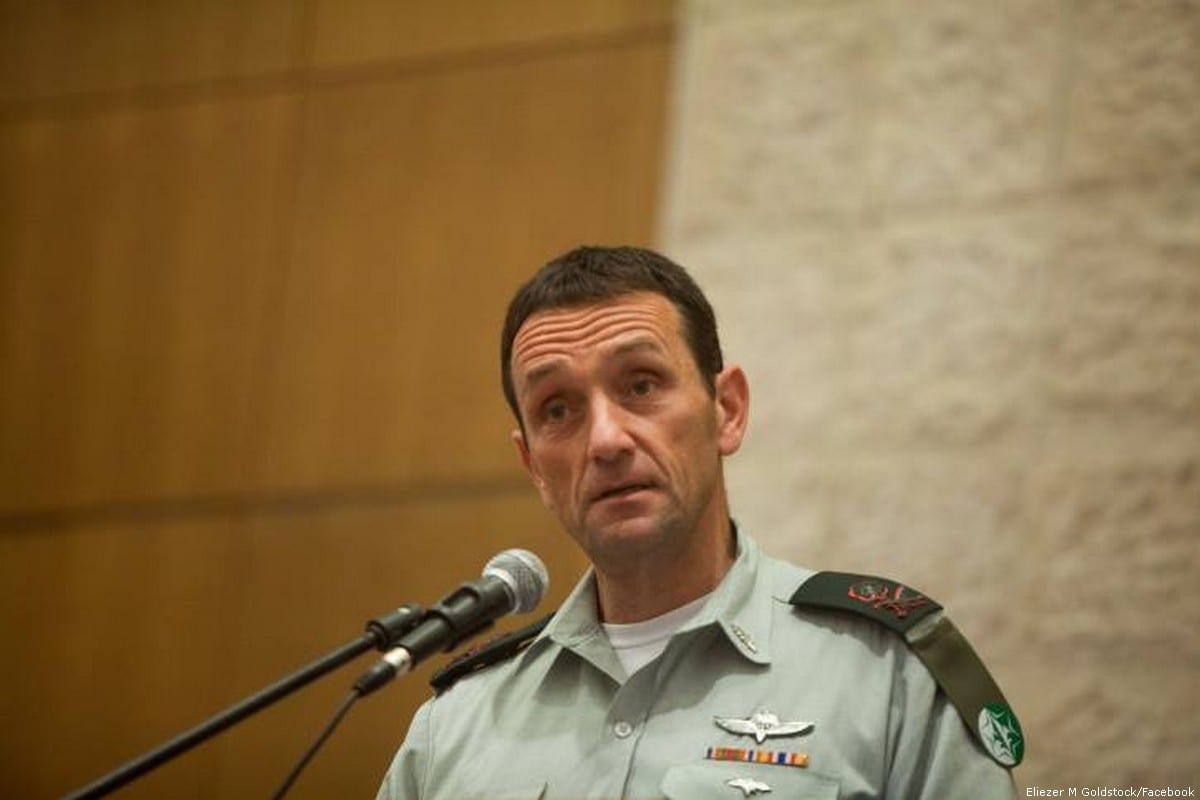 Head of the Southern Command of the Israeli Army, Herzi Halevi [Eliezer M Goldstock/Facebook]
September 10, 2018 at 11:18 am

Head of the Southern Command of the Israeli Army, which is in charge of Gaza Strip, Herzi Halevi yesterday ruled out reaching a truce with Gaza in the coming decade.

In an interview with the local Israeli Radio Darom, he said: "It will be wrong to say that complete quiet in the region is likely to be achieved, not even when looking at the next decade."

He added: "I think we must not delude ourselves. Gaza bustles with terrorism and is building up capabilities. We are stronger than Hamas by orders of magnitude, but it will continue to test us from time to time."

The senior Israeli army commander also said: "We will not see complete quiet in the coming decade, or longer, if I can risk a long-term assessment."

War, he said, could be a possible solution. "A war is also a kind of arrangement. Our interest is very clear: security for the residents of southern Israel."

Read:  The US-Israeli plot to 'Save' Gaza