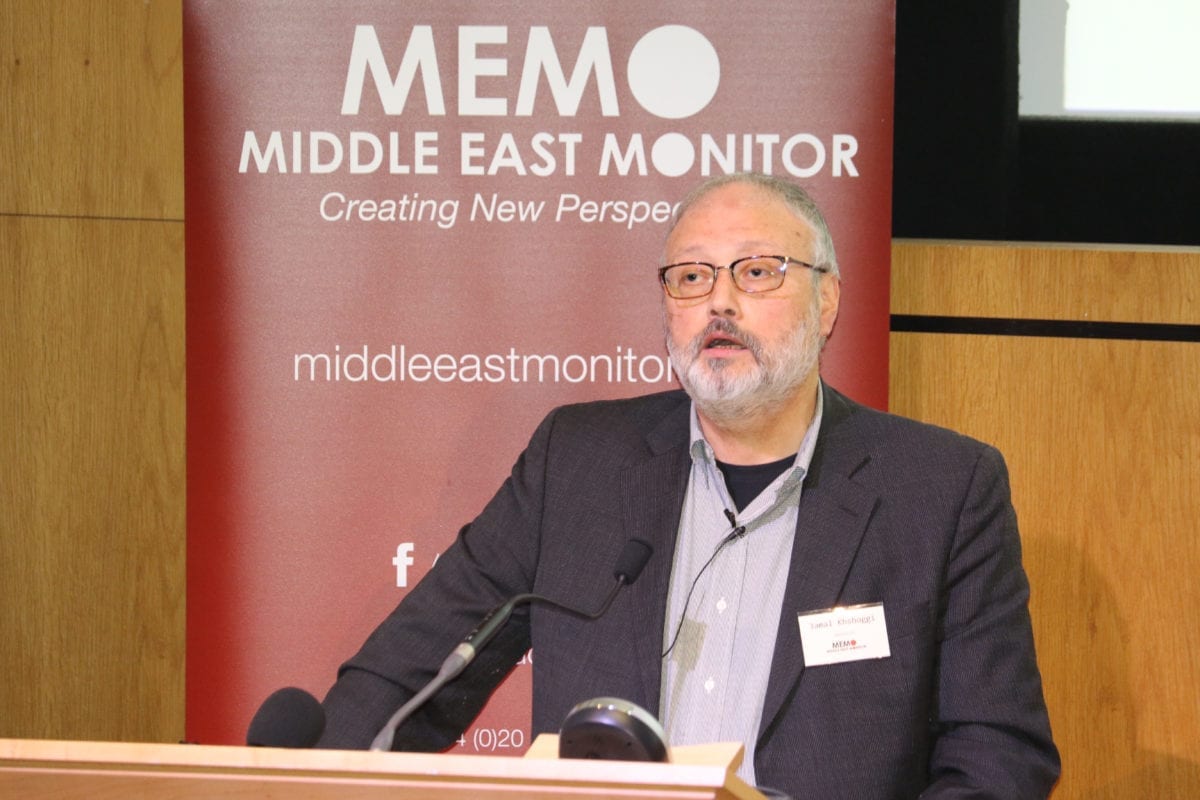 Turkish and Saudi authorities gave conflicting accounts on Wednesday about the whereabouts of Saudi commentator Jamal Khashoggi, who moved to Washington last year fearing retribution for his views and has not been seen nearly 30 hours after entering the Saudi consulate in Istanbul.

Khashoggi's Turkish fiancée as well as a close friend contacted by Reuters said he had disappeared after entering the diplomatic mission on Tuesday to secure documentation of his divorce so that he could remarry.

The fiancée, who asked not to be named, said she had waited outside the consulate from 1 p.m local time (1000 GMT) and called the police when he had not reappeared.

Turkish presidential spokesman Ibrahim Kalin said Khashoggi was still in the consulate and the government was monitoring the situation.

"Our relevant authorities are in contact and engaged in negotiations with their (Saudi) counterparts. I hope this issue will be resolved with ease," he told reporters.

But a Saudi official denied that Khashoggi was in the consulate.

"Mr. Khashoggi visited the consulate to request paperwork related to his marital status and exited shortly thereafter," the official said. "He is not in the consulate nor in Saudi custody."

His fiancée, who returned to the consulate on Wednesday after waiting for 12 hours the day before, repudiated that claim.

"If this was true, where is he? Where is he? If he went home, no, I went to the house and didn't find him. Where is Jamal?" she told Reuters.

Turkey has had strained relations with Saudi Arabia and other Gulf Arab states since June 2017, when Ankara stood by Qatar in a regional row. Arab states cut trade and diplomatic ties with Qatar over alleged links to terrorism, which Doha denies.

When asked whether the US State Department has sought information from the Saudis and the Turks, an official in Washington said on Tuesday, "We have seen these reports and are seeking more information at this time."

Khashoggi, a familiar face on political talk shows on Arab satellite television networks for years, has lived in self-exile in Washington, DC for more than a year after he said the authorities had instructed him to stop tweeting.

As a journalist, he interviewed Al Qaeda leader Osama bin Laden several times in Afghanistan and Sudan, and served twice as editor of Al Watan newspaper.

He advised Prince Turki al-Faisal, former Saudi intelligence chief and ambassador to the United States and Britain, and has also been close to billionaire investor Prince Alwaleed bin Talal.

Over the past year, Khashoggi has written regular columns in the Washington Post criticising Saudi Arabia's policies towards Qatar and Canada, the war in Yemen, and a crackdown on dissent and the media and activists which has seen dozens of activists, intellectuals and clerics detained.

"I have left my home, my family and my job, and I am raising my voice," he wrote in September 2017. "To do otherwise would betray those who languish in prison. I can speak when so many cannot."

Ali Shihabi, head of the Arabia Foundation in Washington which regularly supports Saudi policy, expressed concern on Twitter about the reports.

"Jamal and I have not seen eye to eye on many issues but having him go missing like this is awful," he said.

Mohamad Soltan, an Egyptian-American activist who sees Khashoggi regularly in Washington, told Reuters that Khashoggi was in the United States on an O-visa, a temporary residency visa awarded to foreigners "who possess extraordinary ability" in the sciences, arts, education, and other fields and are recognised internationally, and had applied for permanent residency status.

All public protests are banned in Saudi Arabia, as are political parties. Labour unions are illegal, the media are controlled and criticism of the royal family can lead to prison.

Dozens of activists, clerics and intellectuals have been arrested in the past year in a crackdown on potential opponents of the kingdom's absolute rulers. Among them was economist Essam al-Zamil, a friend of Khashoggi's, who was charged this week with joining a terrorist organisation, meeting with foreign diplomats and inciting protests.

Scores of businessmen were detained last November in Riyadh's Ritz-Carlton hotel in a separate campaign against corruption, unnerving some foreign investors. Most were released after reaching financial settlements with the authorities.