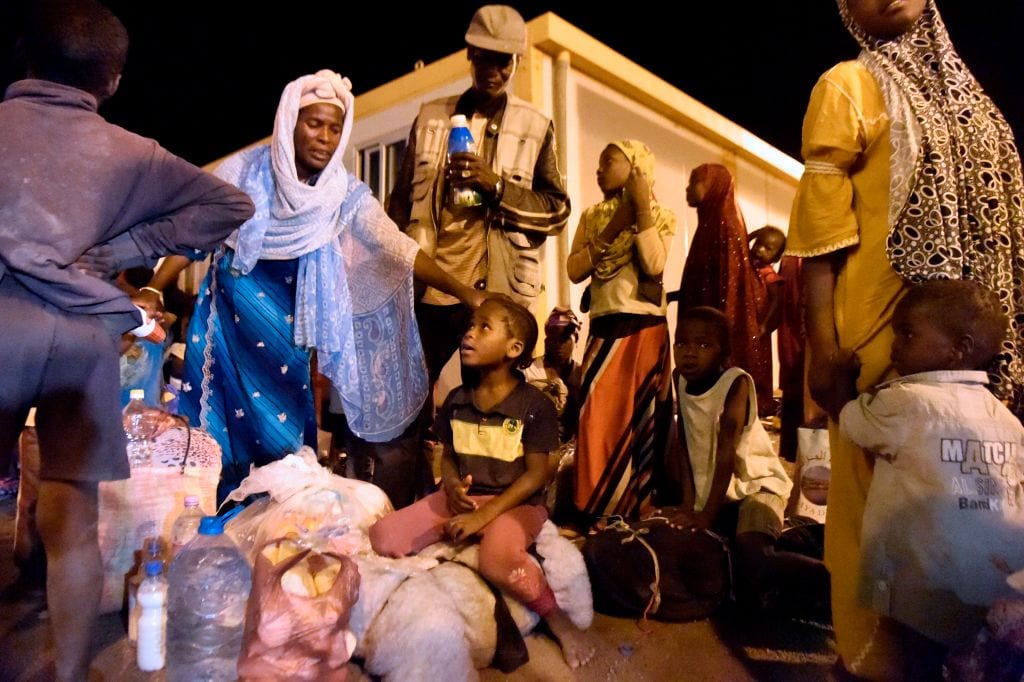 African migrants from Niger prepare to board buses as they are repatriated to their country by Algerian authorities on July 2, 2018 at a transit centre for migrants in Tamanrasset in southern Algeria. - (Photo by RYAD KRAMDI/AFP/Getty Images)
November 14, 2018 at 12:21 pm

The Director of Migration at the Algerian Interior Ministry Hassan Qasimi said yesterday that country prevents at least 40,000 illegal immigrants from travelling to Europe through its southern border every year.

Qasimi told reporters that the immigrants attempting to penetrate the southern border come from 23 African countries.

"A large number of the immigrants who were deported have returned to Algeria more than once and were brought to justice," he said, adding that the Algerian authorities are working hard to contain the escalating threats of illegal immigration, with the allocation of $20 million in 2018 to combat this phenomenon in the coming years.

He added that on  Monday, Algerian authorities deported 370 illegal immigrants to the Nigerian border, including 38 children who were detained in the state of Algeria while begging in public places.

"Investigations are under way to uncover criminals who exploit these children inhumanely to beg, forcing them to work 14 hours a day," he said, adding that four people were arrested until now.

READ: Niger's President makes himself indispensable to the Sahel region