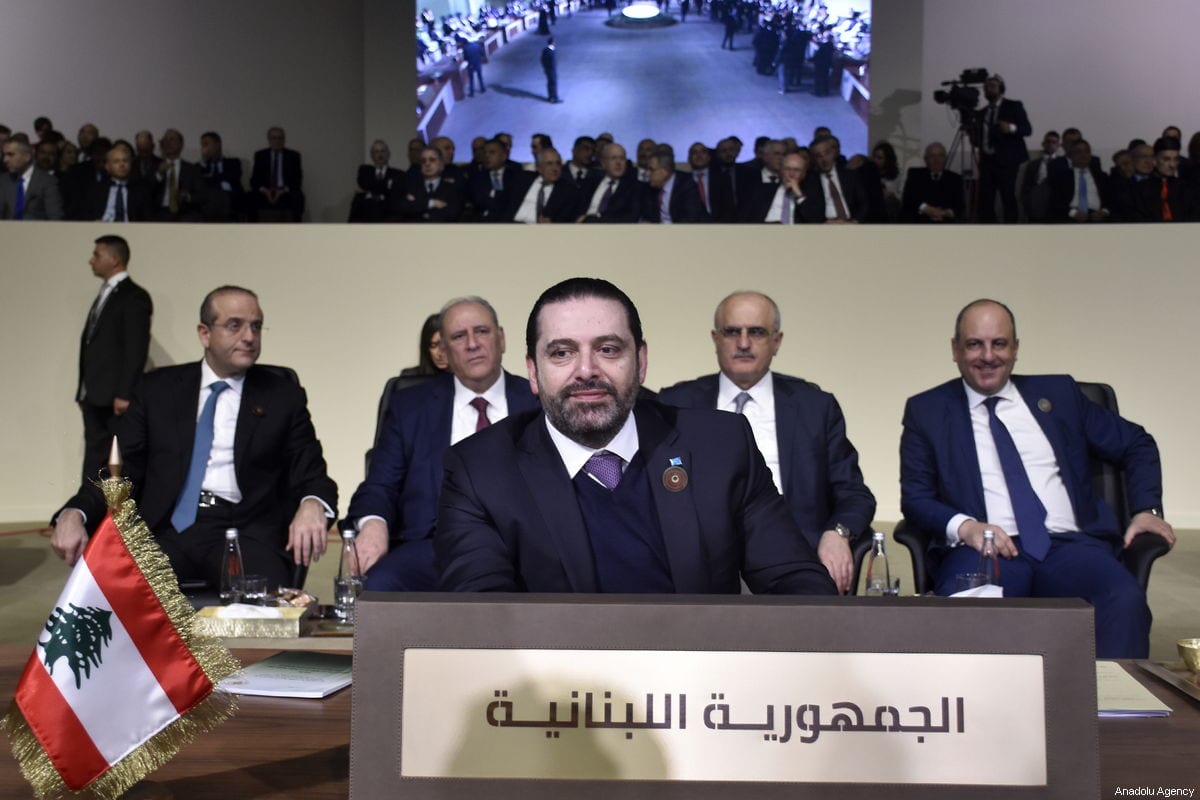 Prime Minister of Lebanon Saad Al-Hariri can be seen in the Arab League’s 4th Economic and Social Development Summit on 20 January 2019 in Beirut, Lebanon [Jihad Muhammad Behlok/Anadolu Agency]
January 21, 2019 at 4:10 am

The summit declaration was revealed by Arab League's Assistant Secretary-General Hussam Zaki at a press conference.

According to the declaration, it was agreed that all donor countries and Arab funds should work shoulder to shoulder to ease the suffering of Syrian refugees.

A consensus was also reached on financing development projects in refugee-hosting countries, the declaration read.

The importance of support for Palestinian people's resistance against the occupying Israel was also underlined during the summit. All states were urged to abide by international decisions on Jerusalem and not to accept the city as "the capital of Israel".

Earlier in the day addressing the summit, President Aoun said his country was taking the full brunt of the displacement of thousands of Syrians due to the conflict in their country.

"The number of Syrian and Palestinian refugees now equals half of the Lebanese population. We are here to discuss the destructive consequences of the wars on the economy and development in our countries," he said.

Most Arab states are represented at the summit by delegations at the ambassadorial level. Syria, whose Arab League membership has been suspended since 2011, and Libya are not taking part in the meeting.

The last Arab economic summit was held in the Saudi capital Riyadh in 2013.