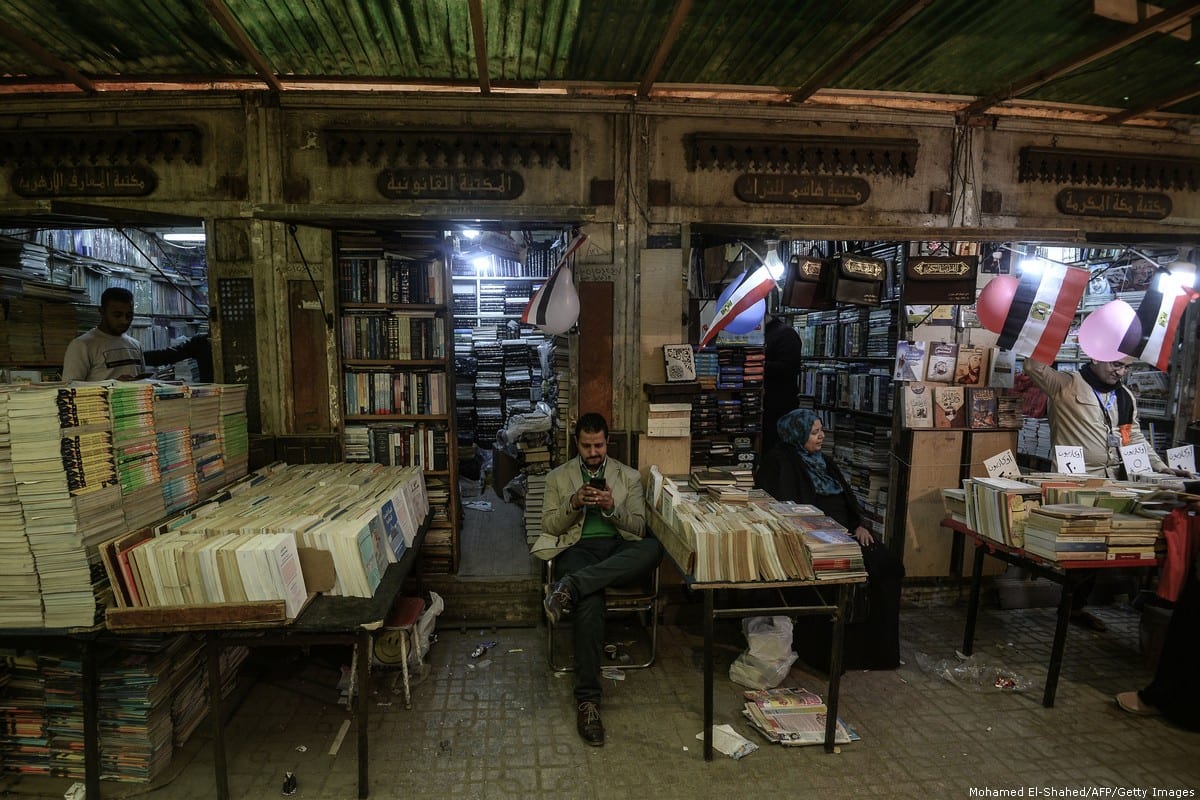 A book by Muslim Brotherhood founder Hasan Al-Banna has been confiscated by the organisers of the Cairo Book Fair currently taking place in the capital, according to Egyptian daily Al-Masry Al-Youm.

Islam Bayoumy, director of exhibitions at the General Egyptian Book Organization (GEBO) and director of the Cairo International Book Fair, told reporters that during an inspection of the various zones of the fair, the event committee found five copies of a book by Al-Banna, entitled "Hassan Al-Banna's Sayings".

The books by the Brotherhood founder, which are banned, were found to belong to the Moroccan publishing house Dar Al-Rashad. The publishers were warned against selling the material, with threats of closure if they did not comply.

The 50th Cairo International Book Fair is currently taking place in the Fifth Settlement until 5 February, hosting over 600 publishing houses from across the world.

Since the 2013 military coup, Egypt has witnessed a dramatic suppression of freedom in the country and an increase in regulatory legislation; action justified by the government as necessary for "national security".

The Muslim Brotherhood party, which was founded in Egypt in 1928, was ousted from power during the coup. It has since been banned and declared a terrorist group. Brotherhood leaders, including ousted President Mohamed Morsi, have been imprisoned or executed, and the assets of thousands of individuals and organisations who allegedly have links to the group have been seized.

In 2015 the head of the religious sector at Egypt's Ministry of Endowments, announced that the ministry would burn all the "poisonous books" written by Muslim Brotherhood scholars, including those by Hassan Al-Banna, Yusuf Al-Qaradawi, and Sayyid Qutb, as well as books written by other Islamist groups.

Despite this crackdown, support for the Brotherhood remains across the region, with many crediting Al-Banna as the inspiration for a variety of Arab political parties, and the continued popularity of Islamism as a political vision.