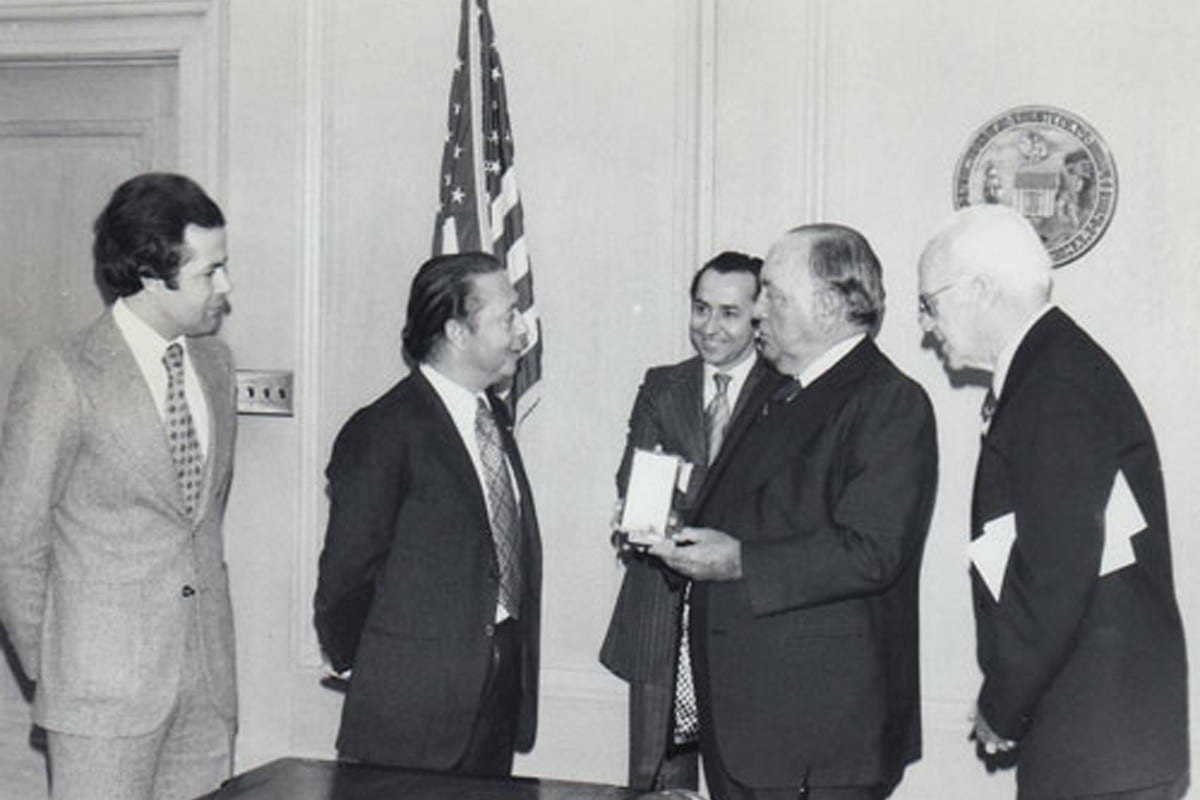 The affinity that the citizens of Illinois and, indeed, America itself once had for Arab culture began during the World Columbian Exposition that was held in Chicago in 1893. The World's Fair, as it was called, feature a massive exhibit called "Street in Cairo".

The Cairo exhibit was huge and replicated a typical Arab village including a mosque, Arab food, Arab entertainment and a recreation of ancient Arab world heritage such as the Luxor Temple, all sponsored by the Ottoman Sultan. It was the most popular exhibit at the year-long fair that attracted nearly two and a half million American visitors.

However, it didn't take long for Americans to turn their back on the affection that had been gained from the powerful cultural image that "Street in Cairo" had evoked. By the turn of the 20th century, America had imposed immigration restrictions, not just on five Arab countries as President Donald Trump has done to button-down security concerns; immigration was banned from all of the Arab world. Arabs were called "Syrians" and then later categorised as "Asian" or "Yellow People" and were covered by restrictions imposed in order to reduce the number of Chinese and other Asians from entering the United States.

Immigration from Arab countries opened again during World War Two as the Arab world and many Arab Americans fought alongside the "Allies" against Nazi Germany. My father George and Uncle Moses both served during the war, enlisting in the weeks after Japan's surprise attack on Pearl Harbour.

Chicago's Arab population, which began with the settlement of many who were involved in the 1893 Fair, also expanded. Local records include documentation about small groups of Arabs, mostly men who came from Palestine to earn money in the city whose streets were "paved with gold".

Arabs have a long history of not only contributing to the rich diversity of Chicago and Illinois, but also as proud immigrants who came to the US legally; they followed all of the rules. In addition to thousands who served in the armed forces and became veterans, thousands more established businesses and entered professions such as medicine, law and engineering. 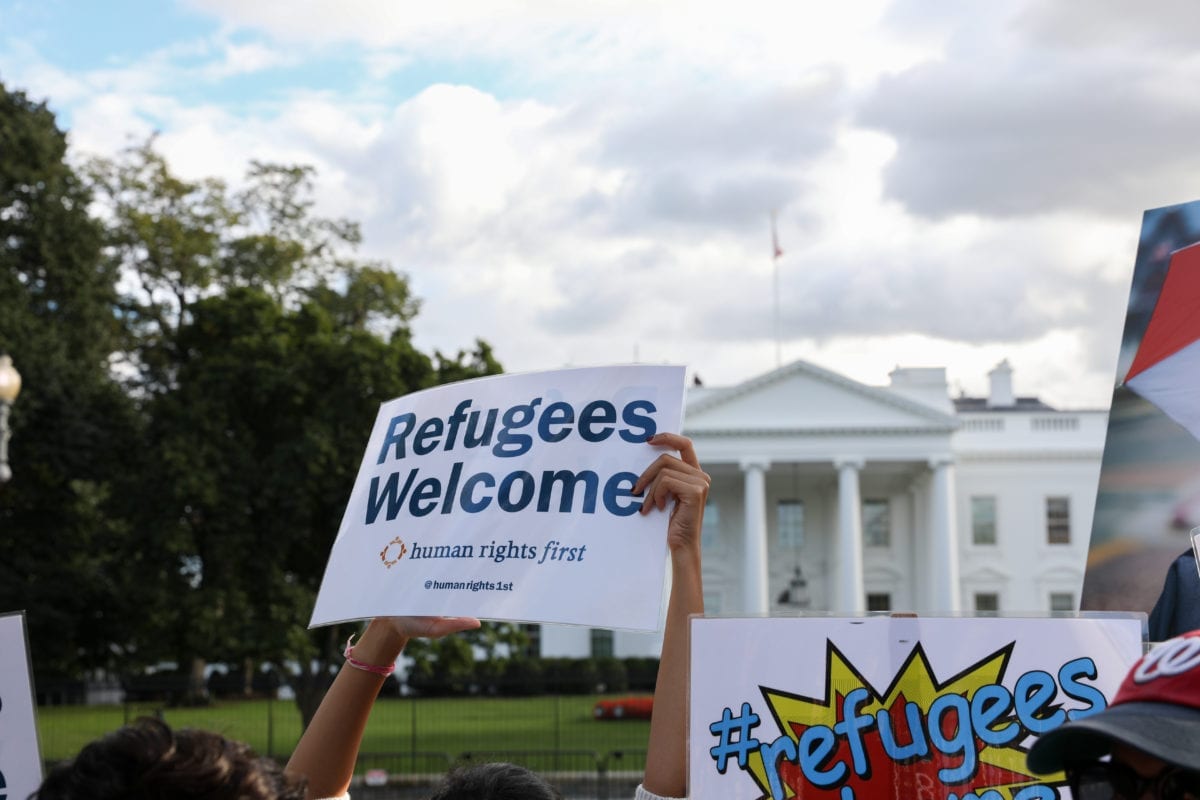 Protesters gather in front of the White House to protest against Trump's announcement that it would limit the number of refugees admitted into the US in Washington, US on 18 September 2018 [Yasin Öztürk/Anadolu Agency]

Arab Americans paid their dues just like everyone else. We loved this country and we also loved our heritage. Most were from Palestine and today about 70 per cent of the Arabs in the Chicago metropolitan area are Palestinians, with a large population of Lebanese based in Peoria, as well as Jordanians and Egyptians.

In the 1960s, the then Chicago Mayor Richard J Daley reached out to the Arabs of Chicago and allowed them to include their heritage in the ethnic folk festivals that were held at Navy Pier. There were large displays set up by Palestinians, including my mother who was from Bethlehem, alongside displays set up by Egyptian Americans.

In 1976, Mayor Daley invited me to cover his meeting with the Moroccan Ambassador in Washington; Morocco was the first Arab country to recognise the United States following the Revolutionary War. This meeting was my first assignment as a journalist and I not only took many photographs of the event, but also documented the meeting at City Hall with a story in a small English-language newspaper that I published using benefits from my military service. The Middle Eastern Voice was the only Arab newspaper in Chicago for many years.

In the 1970s, as interest in Navy Pier faded, the ethnic folk fairs were disbanded. It wasn't until 1983 under Mayor Harold Washington that Arabs were again recognised for their contributions to American society.

Sadly, though, the divisions within the Arab community undermined the heritage efforts and different groups began fighting over who should represent the community. Instead of being a beacon for Arab heritage, the Advisory Commission on Arab Affairs became a political entity that reflected the rivalries that many brought to America from the Arab world. I would always write that Arabs in America were plagued by rivalries, noting that although we were in the US physically, our minds were still back home. We practiced in America the same problems that plagued our countries of origin.

The bottom fell out in 2011 following the election of Mayor Rahm Emanuel, who clearly had an aversion to Arab Americans, especially the Palestinians. Emanuel's father, Benjamin, was a member of the Irgun terrorist organisation which was responsible for many massacres of Palestinians in the 1940s, including the infamous killings at Deir Yassin in April 1948.

As Mayor, Emanuel gutted Arab involvement at Chicago City Hall and withdrew his support for the Arabesque Festival that was set up by Mayor Daley to showcase Arab heritage during four annual festivals beginning in 2007. Emanuel then stopped the city's celebration of Arab American Heritage Month.

Last autumn, after he announced that he would not seek re-election in the face of mounting scandals, Arab Americans revived calls for the re-establishment of Arab American Heritage Month. As it turns out, Arabs in America were celebrating heritage months and weeks at different times of the year; April was the most common. In October, Illinois House Speaker Michael J Madigan announced that he would introduce a law – not a ceremonial resolution that lacked real authority – declaring April to be Arab American Heritage Month. The law was passed in the Illinois House and the Illinois Senate in December.

Today Illinois joins seven other states — Arizona, California, Georgia, Maryland, Michigan, Texas and Virginia — along with Washington DC in recognising April as Arab American Heritage Month, thanks in a large part to the efforts of Warren and Amal David, who host the Arab America website. We shouldn't take this achievement for granted. It represents the sacrifices that Arab Americans have made to strengthen their heritage and is an opportunity for Arabs to educate Americans in a positive way.

The next step will be to try to get the US Congress to declare April as Arab American Heritage Month across the nation. That just might be something that Arab Congresswomen Rashida Tlaib might want to pursue.