28 killed in Syria by Daesh landmines, US bombings 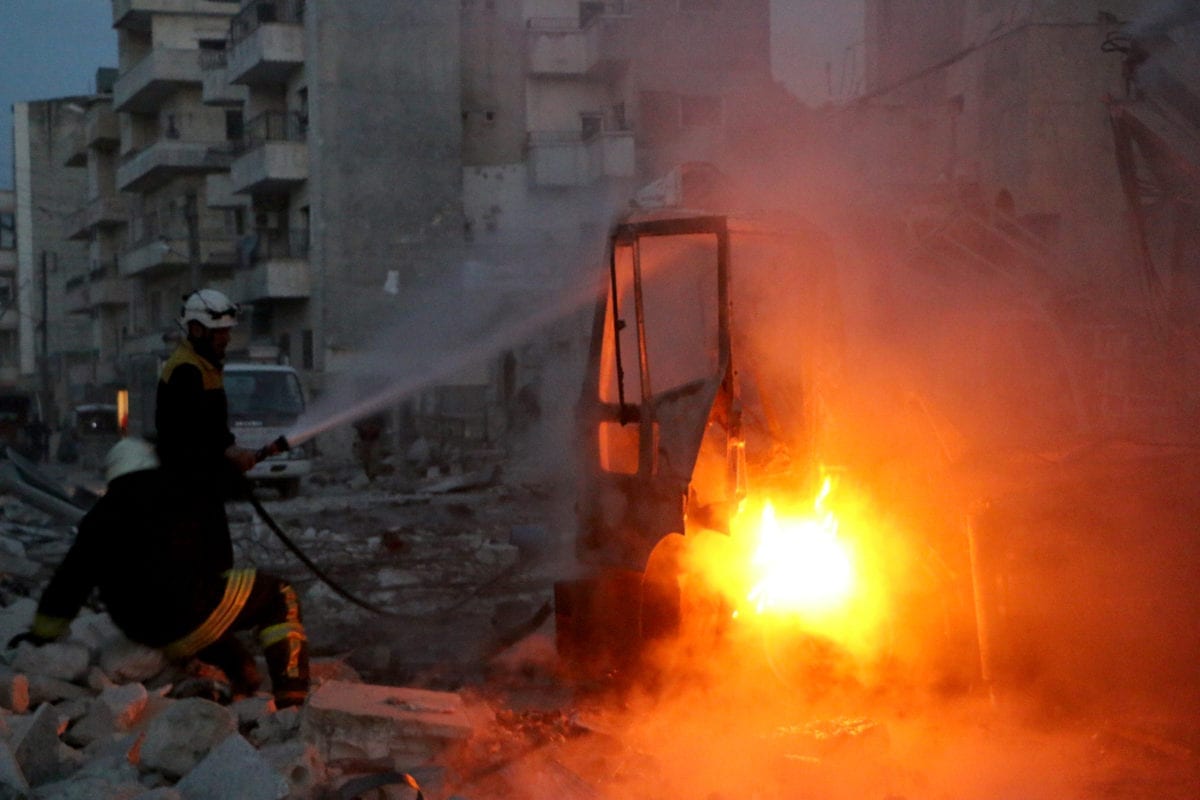 Members of White Helmets work at the site after an airstrike hits the city center in Syria's northwestern Idlib province on 13 March 2019. [Ahmet Rehhal - Anadolu Agency]
March 18, 2019 at 1:14 pm

Some 28 civilians were killed in the eastern Syrian province in Deir Ez-Zor yesterday due to the ongoing US-led bombing campaign on the last Daesh stronghold, and an explosion from landmines left behind by the terror group.

According to the Syria Observatory for Human Rights, international coalition warplanes carried out air strikes on farms near Al-Baghuz and on the outskirts of the refugee camp, killing five children and seven women who had fled the epicentre of the fighting. Tens of others were wounded in the strikes; refugees are already living in extremely harsh conditions as Kurdish authorities await an international resolution on their fate.

The last Daesh bastion, Al-Baghuz, is formed of a handful of hamlets next to the Euphrates River along the Iraqi border. Despite its tiny size, more than 60,000 people have fled it in the past two months, said the besieging Syrian Democratic Forces (SDF) militia.

Elsewhere in the eastern province, a landmine left behind by Daesh exploded killing 16 people and wounding 32 others.

The extremist militant group often planted mines to slow opponents; de-mining former Daesh strongholds continues to be a major challenge in areas from which they have been ousted. At least 44 people have been killed by unexploded ordnance planted by Daesh fighters in the past three weeks, the observatory said.

Whilst Daesh's defeat at Al-Baghuz will end its control of populated land in the third of Syria and Iraq that it captured in 2014, the group will remain a threat, regional and Western officials say.

The SDF has waged a staggered assault on the enclave, pausing for long periods over recent weeks to allow surrendering fighters, their families and other civilians to pour out. People leaving the area have spoken of harsh conditions inside, under coalition bombardment and with supplies of food so scarce some resorted to eating grass.

The SDF and the coalition say Daesh fighters inside Al-Baghuz are among the group's most hardened foreign fighters, though Western countries believe the group's leader, Abu Bakr Al-Baghdadi, has left the area. 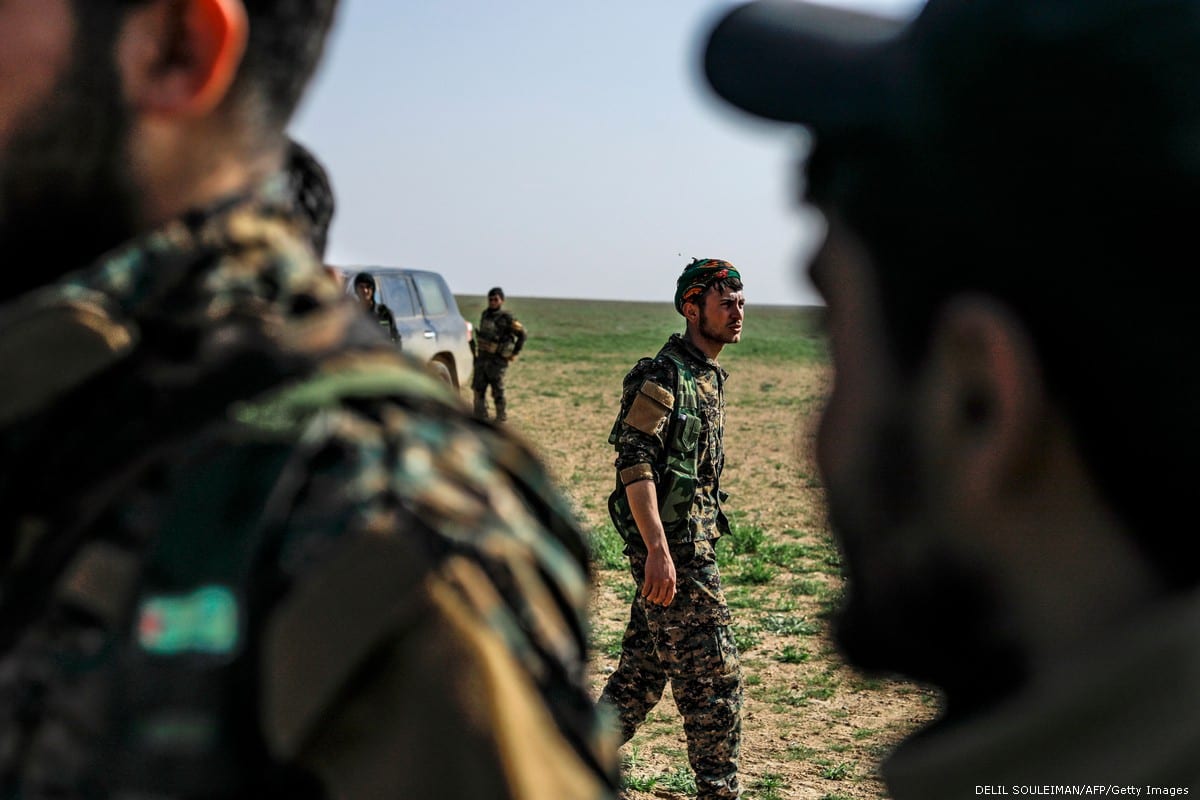 The discussion surrounding the fate of foreign nationals with the group has also intensified in recent weeks; whilst the US, Lebanon, Russia, Indonesia, Sudan and New Zealand have agreed to repatriate their nationals, European countries have wrestled with how to handle suspected militants and their families.

The UK has refused to take back fighters and their families, stripping 19-year-old Shamima Begum, who travelled to Syria as an "ISIS bride", of her British citizenship last month; Germany is also moving to enact similar legislation.

Switzerland said that it would prefer to have citizens who fought for Daesh tried on the spot rather than be brought home to face criminal charges. However, the SDF currently have no genuine legitimacy or authority to conduct trials, and has emphasised that it cannot hold the militants indefinitely.

This week, the trial of several French fighters began in Iraq after they were transferred from Syria. However criticisms over the impartiality of the Iraqi judicial system have intensified; thousands of people have been tried in ten-minute court sessions, during which defendants have no opportunity to disprove their affiliation to Daesh. Hundreds are then sentenced to death, with children as young as nine prosecuted for committing violent acts.

Human Rights Watch has condemned Iraq's approach to foreigners, particularly women and children, accused of affiliation with Daesh, accusing them of proceeding with rushed trials "without sufficiently taking into account the individual circumstances of each case or guaranteeing suspects a fair trial."