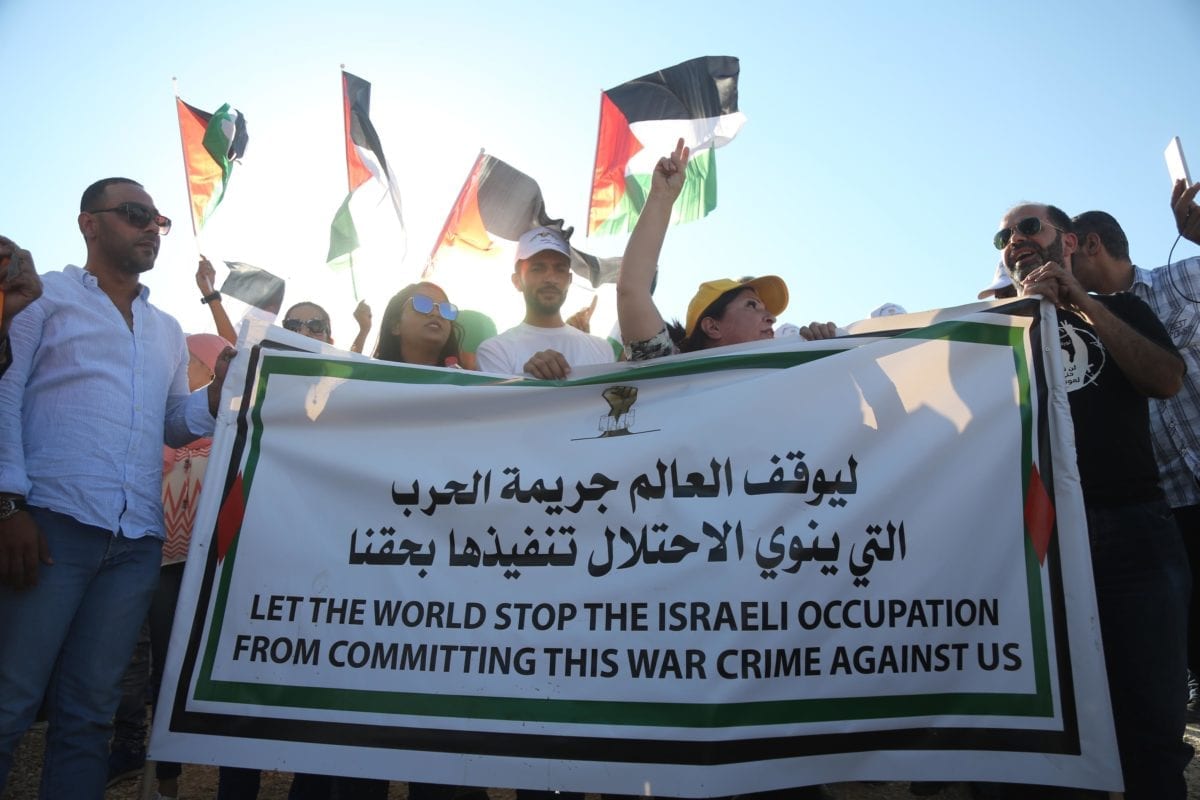 A left-wing NGO plans to bus thousands of Palestinian Bedouin voters to polling stations during tomorrow's election in a bid to tackle Israel's refusal to place ballot boxes in "unrecognised" villages.

The left-wing "Zazim" group, in coordination with the Regional Council of Unrecognised Villages of the Negev, has crowdfunded tens of thousands of shekels to pay for a fleet of minibuses which will drive Palestinian Bedouin to polling stations during Israel's general election tomorrow.

As of yesterday morning, the campaign had "raised enough money to hire at least 40 mini-buses and all-terrain vans that can ferry as many as 15 voters at a time between their villages and polling places," +972 magazine reported, citing Zazim's website.

This means that between 6,000 and 10,000 Bedouin voters will be able to vote in tomorrow's election, a move which would otherwise be virtually impossible given the status of their villages as "unrecognised".

Most of these unrecognised villages are located in the Negev (Naqab) desert in the south of Israel. Israel refuses to recognise these villages in a bid to forcibly displace their inhabitants, who it wants to relocate to purpose-built towns like Rahat, north of Beersheba, where over 60,000 Bedouin have been resettled. Israel repeatedly denies basic resources to these unrecognised villages – including running water, electricity, paved roads, and public transport – and demolishes thousands of Palestinians' homes every year. The area has been earmarked for development which will see a major new highway stretch across the Negev.

Israel has also refused to place polling stations in these unrecognised villages. Given the lack of public transport, this often means its residents' nearest polling station is over 50 kilometres away, leading many to stay at home and voter turnout among the community to be significantly lower than Israel's national average.

In February, the Legal Centre for Arab Minority Rights in Israel – better known as Adalah – sent a letter to the chairman of Israel's Central Elections Committee, Justice Hanan Melcer, and Israel's Interior Minister Aryeh Deri demanding that they place polling stations in Bedouin communities. Adalah emphasised that failure to place ballot boxes in these villages constitutes a flagrant violation of the right to vote, which is a basic and constitutional right.

Zazim's initiative is also a play on incumbent Israeli Prime Minister Benjamin Netanyahu's controversial 2015 campaign message, in which he warned that left-wing NGOs were bussing Arab-Israeli voters to the polls in "droves" in a bid to scare the right-wing electorate into going out to vote. Though this wasn't in fact the case, Netanyahu's scaremongering proved successful, with commentators since concluding that the controversial statement likely secured his election victory.

Israel's Arab-dominated political parties have tried to reclaim the controversial phase in this year's election campaigns, with the Hadash-Ta'al alliance promising that its supporters would head to the polls "in droves". The heads of the two parties that make up the alliance, Hadash's Ayman Odeh and Ta'al's Ahmad Tibi, have even appeared on posters in front of large party-coloured buses in a bid to drive high voter turnout.

Zazim's executive director, Raluca Ganea, emphasised the link between the 2015 phrase and the NGOs initiative, saying: "In the 2015 elections, Netanyahu tried to present Arab citizens' votes as a threat but the real threat to democracy is the worsening incitement against 20 percent of [the country]," referring to Israel's 1.8 million Palestinian citizens.

Our initiative is the grassroots answer to that incitement. Our community is extending its hand in solidarity to the Bedouin citizens of the Negev, and is sending a clear message to all Arab citizens: your voice counts to us.

Zazim's initiative has met with anger from Israel's right-wing parties, with Netanyahu's Likud party filing a petition to the Central Elections Committee against the move.

INTERVIEW: 'We can and must push back against the tide of fascism,' says Arab-Israeli MK Tibi

Likud pointed to Zazim's alleged connection to the New Israel Fund – a US-based NGO which supports other left-wing organisations in Israel such as Breaking the Silence, B'Tselem and Yesh Din, which repeatedly come under attack from the Israeli right – as the basis of its claim. It stated that Zazim's action constitutes a "forbidden intervention in the elections favoring the 'Blue and White' party of [Benny] Gantz and [Yair] Lapid," referring to Likud's main election rival which Netanyahu has tried to paint as left-wing.

Likud's petition to the Central Elections Committee will be seen as ironic given the fact that the same committee last week opened an investigation into the party's funding of a campaign encouraging voters to support right-wing parties. On Wednesday, committee head Melcer ordered Israel Police to begin a probe into Likud's connection to the "Zazim Yamina" or "Moving Rightwards" campaign, which had disguised itself as a non-partisan initiative but was in fact seemingly funded by the Likud party, in contravention of election spending rules.

Though Likud had previously denied any connection to Zazim Yamina, last week the party's Director General, Tzuri Siso, admitted to the committee that it was behind the operation. Sources close to the operation also revealed Zazim Yamina had received up to 15 million shekels ($4.1 million) in funding from Likud.

The police will now have three months to complete the probe, after which time its findings will be submitted to Israel's Attorney General, Avichai Mandelblit, and State Comptroller Joseph Shapira.