Saeb Erekat: 'I was not surprised by Netanyahu's statement about his intention to annex parts of the West Bank' 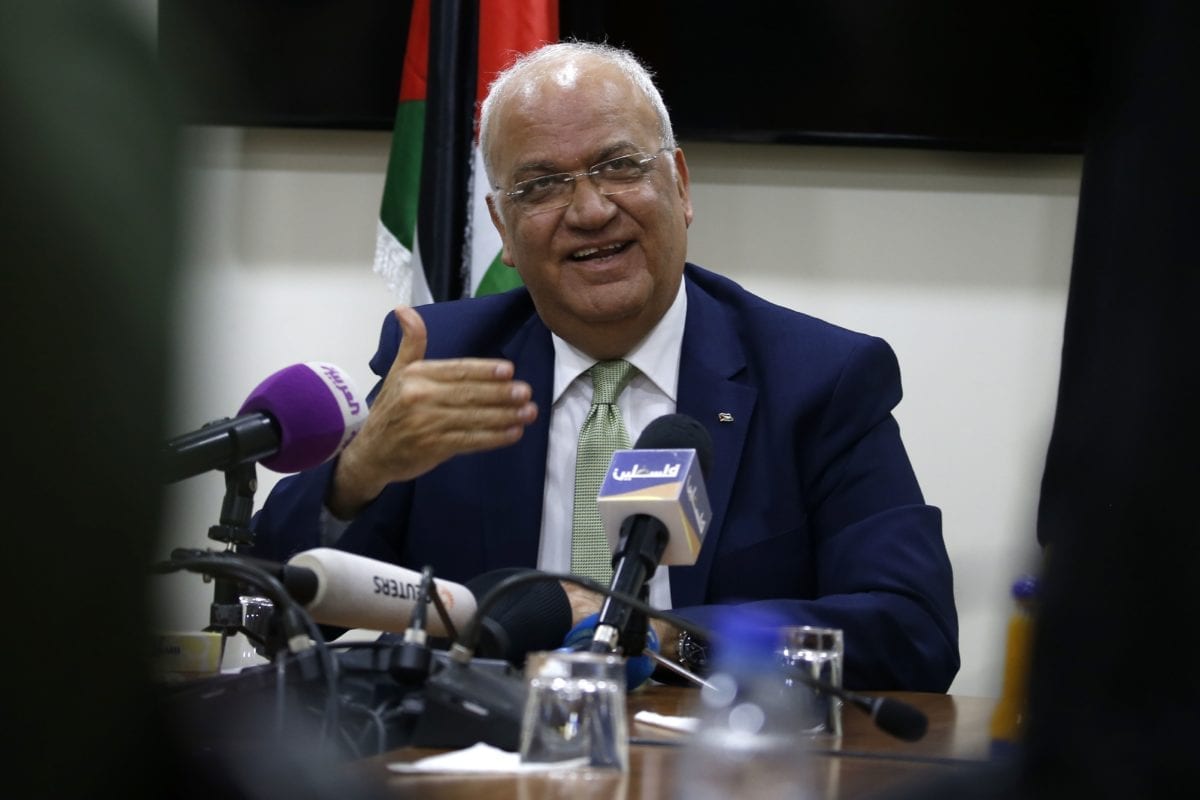 Saeb Erekat, secretary general of the Palestine Liberation Organisation (PLO) in Ramallah on 30 January 2019 [ABBAS MOMANI/AFP /Getty]
April 8, 2019 at 12:56 am

Secretary-General of the Executive Committee of the PLO Saeb Erekat said that Israel will "rudely" continue to violate international law as long as it is enjoying immunity and impunity by the international community, "especially with the support of President Trump's administration and its support for Israel's violation of the national and humanitarian rights of the Palestinian people."

Erekat added: "We will continue our calls for our rights through international forums, including the International Criminal Court, until we achieve the long-awaited justice." He added that he was not surprised by Netanyahu's statements on his intention to annex parts of the West Bank to Israel, in case he is reelected.

Netanyahu said on Saturday that he intends to annex parts of the West Bank to Israel, stressing that he will not remove any settlement from the region and will, of course, seek to take control over West Jordan.

Netanyahu explained that in the event of further withdrawal, there are fears of the emergence of "another Gaza Strip in the West Bank."