Migrants in Libyan jail were reportedly seriously wounded in shooting 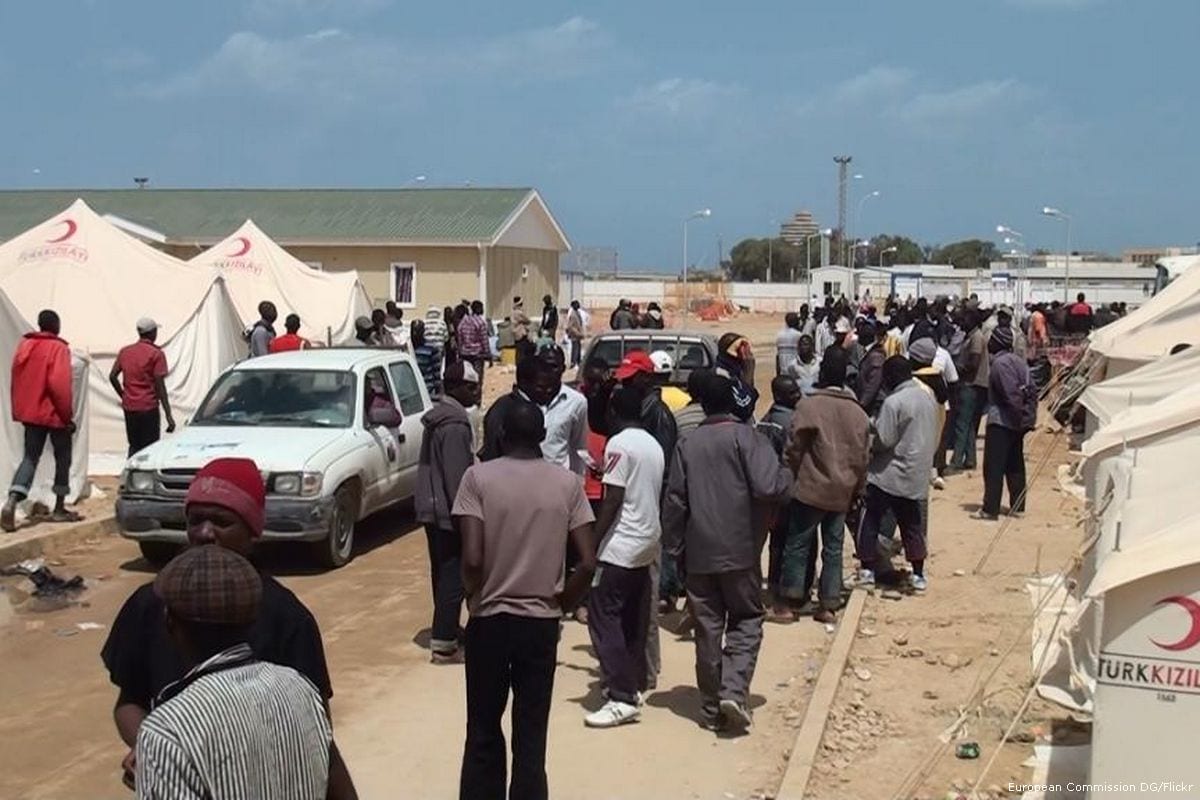 Migrants can be seen at a shelter in Benghazi, Libya [European Commission DG/Flickr]
April 23, 2019 at 8:17 pm

Migrants in a detention facility in the Libyan capital Tripoli have reportedly been seriously wounded in a random shooting, the UN migration agency IOM said on Tuesday.

IOM gave no more details of the incident which it said took place in a facility in Qasr Ben Ghashir, a southern suburb fought over by forces loyal to Libya's rival governments.

WATCH: 18,000 displaced people due to Haftar forces' attack on Tripoli

IOM has been moving some migrants out of detention centres in Tripoli, which forces loyal to eastern commander Khalifa Haftar have been trying to take in a three-week offensive.

But more than 3,000 migrants are still in detention centres there, among them women and children, IOM said in a tweet.

Libya hosts more than 700,000 people who have fled their homelands, often trekking through the desert in pursuit of their dream of crossing the sea to a better life in Europe.