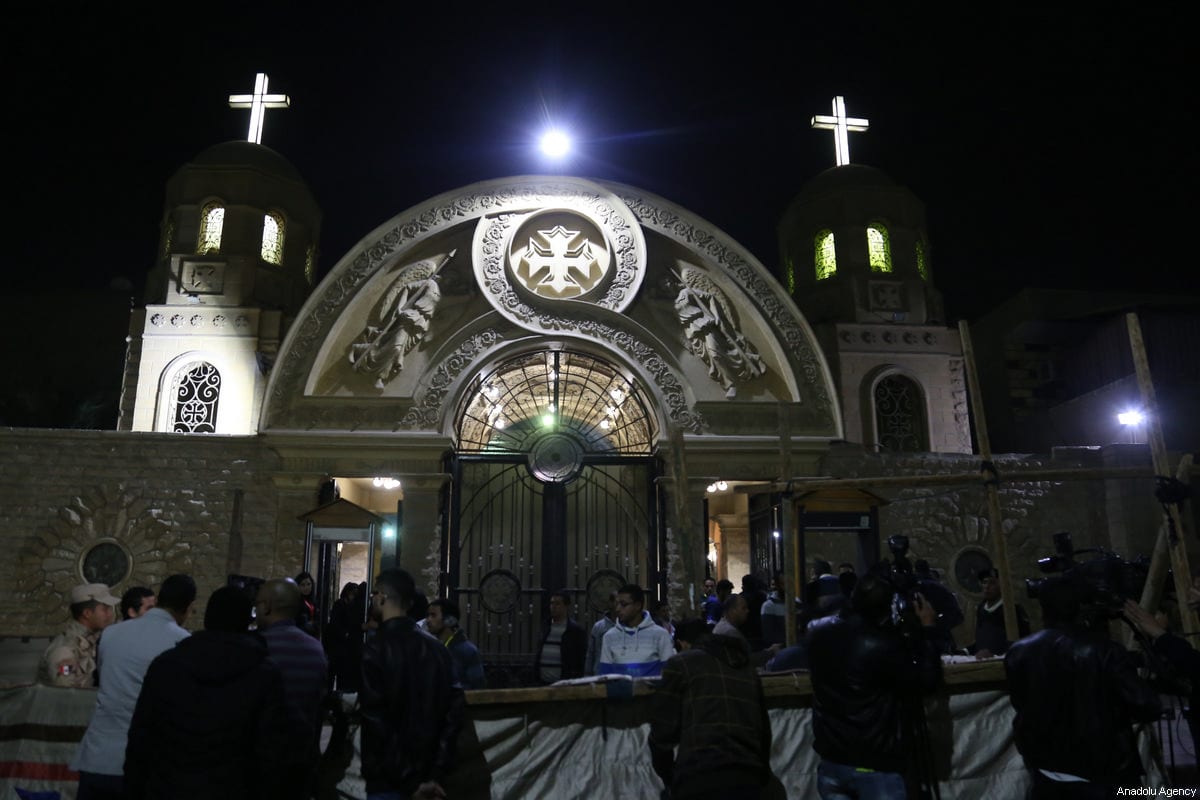 Egyptians gather at Mary Church during the funeral ceremony of the Mar Mina Church attacks victims in Helwan City, south of Cairo, Egypt on December 29, 2017 [Stringer / Anadolu Agency]
May 12, 2019 at 2:02 pm

An Egyptian court on Sunday sentenced two men to death and eight others to between three years and life in prison over an attack on a church and Christian-owned shop in Cairo that killed 10 people, reports Reuters.

A gunman opened fire in December 2017 on Christians in a shop in the southern Cairo suburb of Helwan, killing two people, before firing on the entrance to the nearby Mar Mina church, where he killed seven Christian worshippers and a policeman.

Two defendants were handed life sentences, four were given four years in prison and two were handed three years in jail. One suspect was acquitted and two others are still at large.

The authorities had said the gunman was wounded by security forces during the attack. Daesh claimed responsibility.

The main suspect appeared in court on Sunday wearing death row prison clothes, having also been handed two death sentences in military trials after being convicted of attacking military buildings.

The main suspect embraced the other defendants in the court after the verdict.

Under Egypt's state of emergency law, the defendants can appeal to have the sentence by the security court reduced.

Egypt's Coptic Christians, who make up about 10% of the population, have been targeted by extremist militants in recent years.

In November, militants killed seven people when they attacked a bus returning from a baptism at a desert monastery in the governorate of Minya, about 260 km (160 miles) south of Cairo.