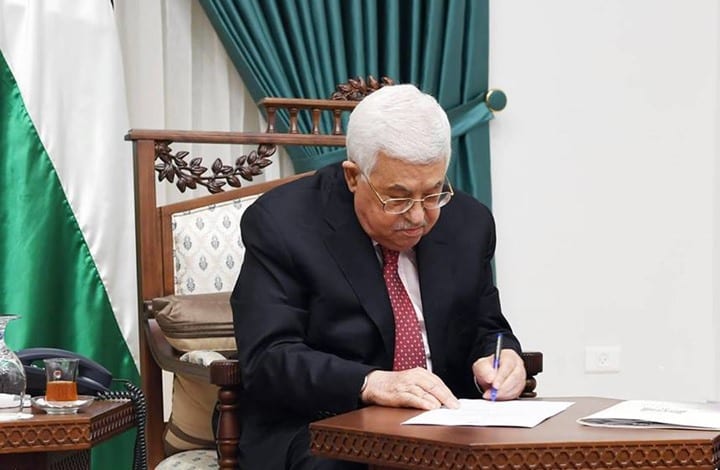 Palestinian President Mahmoud Abbas approved a 67 per cent pay rise for Palestinian Authority (PA) officials – as well as other financial benefits amounting to tens of thousands of dollars – while the West Bank's economy struggled and swathes of public sector employees spent months with reduced pay, newly-leaked documents have revealed.

A series of confidential documents disclosing the pay rises were this week posted to social media and subsequently viewed by the Associated Press. The documents show that, in 2017, Abbas approved pay rises for PA officials, increasing their monthly salaries from $3,000 to $5,000. The prime minister's monthly salary was raised to $6,000, the Times of Israel reported.

In addition, these pay rises were implemented retroactively to 2014, the year that the national unity government took office in the occupied West Bank. This gave ministers "an extra bonus of tens of thousands of dollars," Palestinian officials who spoke to the Israeli daily on condition of anonymity revealed.

Other financial benefits approved during this period include giving ministers living outside Ramallah – the seat of the government – $10,000 a year to rent a house in the city. The president also allowed currency exchange rates to be inflated, giving ministers a 17 per cent premium when converting their salaries to Israeli shekels, the currency used throughout much of the West Bank.

These moves were kept secret from the Palestinian public for the past two years.

The revelations have been met with anger, particularly given the deteriorating economic situation in the West Bank, high unemployment rates and the fact that public sector employees have been forced to accept pay cuts.

According to a recent report by the World Bank, unemployment rates in the West Bank stand at 18-19 per cent, increasing to 40 per cent for young people under the age of 30. A 2017 report found that GDP in the West Bank rose only 2.4 per cent that year, "a statistic that actually points to a drop in per-capita GDP because the population increased more than that".

For those Palestinians in employment, the average salary is $700 to $1,000 a month. Faced with a rising cost of living due to the West Bank economy's reliance on Israeli currency and imports, many families struggle to make ends meet. In fact, nine per cent of West Bankers live below the $5.50 per day poverty line.

Since 2017, this financial situation has worsened significantly. An Israeli Knesset committee last year approved a bill to deduct the value of Palestinian prisoners' stipends from the tax revenues it collects on behalf of the PA under the interim agreements of the Oslo Accords, which are thought to amount to $222 million a month. In February, the Israeli cabinet approved the bill, deducting over 500 million shekels ($138 million) from the PA's monthly revenue. In response, the PA said it would not accept any of the tax revenues Israel collects on its behalf as long as Tel Aviv withholds parts of the payments.

To mitigate these cuts, the PA announced that it would only pay Palestinian civil servants 50 per cent of their salaries, as well as forcing thousands of employees into early retirement to reduce costs.

The West Bank has also suffered cuts in US assistance, after the administration of President Donald Trump last year decided to end funding to the United Nations Relief and Works Agency (UNRWA). In November, the US also announced that USAID would cease all operations in the West Bank by the start of 2019; the organisation had invested approximately $5.5 billion in the occupied Palestinian territories (oPt) since it began its operations in 1994.

In January, the PA announced that it would refuse all financial assistance from the US, after the latter passed a law which could have seen the PA sued in US courts for "past acts of terrorism" against US citizens. The move left the US and Israel scrambling to preserve security coordination with the PA, with Israeli officials now believing the PA has only two to three months before it faces complete economic collapse.

Against this backdrop, the PA has been forced to respond to the revelations leaked this week. Newly-appointed PA Prime Minister, Mohammad Shtayyeh, has suspended the pay raises and referred the issue to Abbas "to review it and take legal measures". While the issue is being investigated, PA ministers will now receive half their salaries – like other government employees – government spokesman Ibrahim Milhim has said.

However, former Prime Minister Rami Hamdallah – who headed the government at the time the benefits were granted – defended the measures, saying in a statement that "cabinet ministers requested the raise in 2017 from President Abbas, who approved it while taking into consideration the rising costs of living".

For his part, Abbas has not issued a statement on his role in approving the pay rises.