The new Libya has forgotten its colonial past 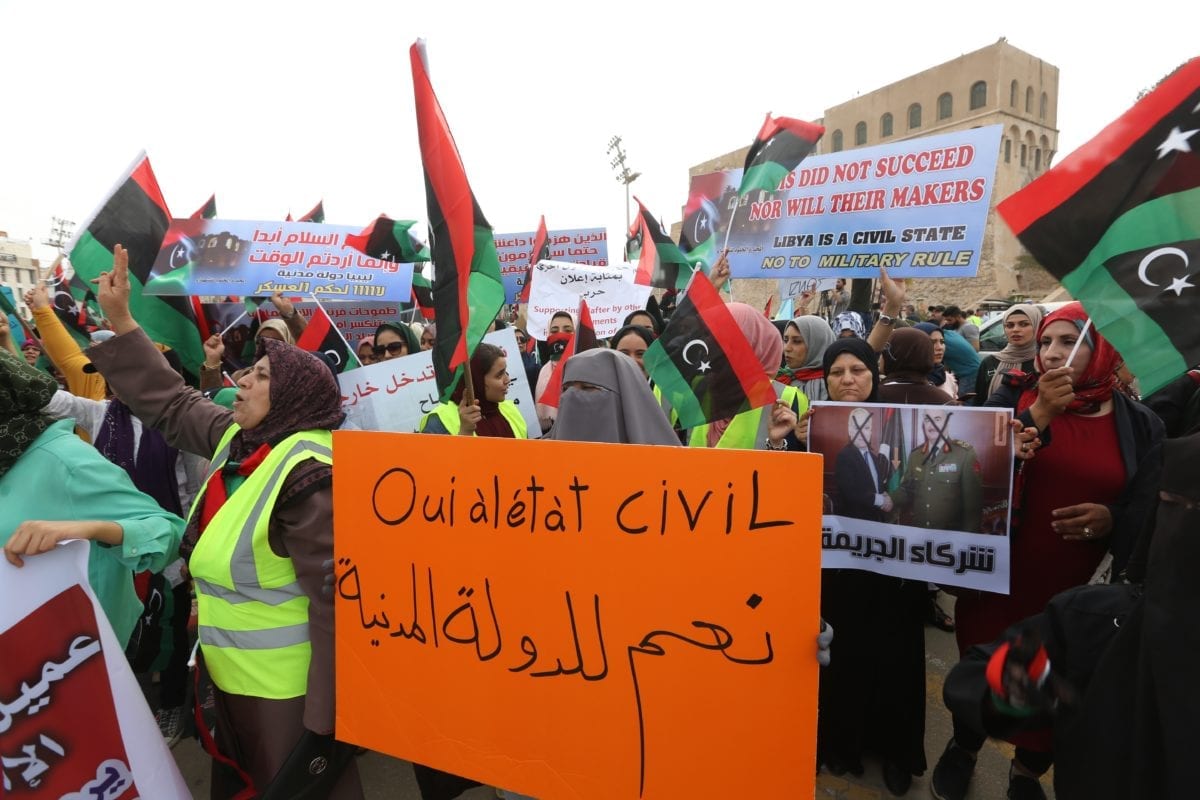 In 1970, a few months after he took power, the late Muammar Gaddafi expelled all foreign military bases from the country. Between the end of World War II and 1969, when the young Gaddafi toppled King Idris, Libya was home to military bases of the major powers including the United Kingdom and the United States, while France occupied the entire southern region known as Fezzan.

The British army base El Adem/Tobruk complexes was based in eastern Libya, which was home to hundreds of soldiers ready for action in the Middle East and North Africa (MENA) region. They also controlled several shooting and bombing ranges near Benghazi, further southwest.

The US once had its biggest base some 15 kilometres east of Tripoli, known as the Wheelus Air Base, and its fighter pilots had unlimited access to multiple locations south of Tripoli. In total they had some five locations at their disposal. Most US fighter pilots operating in the MENA region passed through Wheelus at some point in their career as it was the nerve centre of almost all US military operations in that part of the world.

At its peak Wheelus was home to roughly 15,000 people, including civilians. It had cinemas, fast food outlets, a library, a school, a bowling alley, a shopping mall, and swimming pools. It had one of the best beaches on the Mediterranean and the US ambassador to Libya at the time called it "little America." In later years it would host filmmakers shooting movies about World War II.

During the 1967 Six-Day War between Arabs and Israel, hundreds of Libyans surrounded the base, blocking its huge gate and cutting off its water supply in protest of US support for Israel. The Libyan police intervened, with force, to disperse the protesters and quickly restored the water supply.

The Italians, who occupied Libya from 1911 until they lost the war in 1945, once had nearly 20,000 civilian settlers controlling the best agricultural land, best industries and running almost all bars, clubs and alcohol trade.

In the shadow of foreign military bases the idea of independence and sovereignty becomes an empty slogan. In the 1960s Libya's defence and foreign policy matters were decided by ambassadors of countries like the UK, the USA, and France. This was one of the reasons why Gaddafi led his military comrades to overthrow the monarchy.

Right after he came to power Gaddafi made it his number one priority to expel all foreign bases from Libya, however difficult that might be, and to nationalise the country's major economic activities, particularly oil. He personally chaired the first round of negotiations, with the American side, to shut down Wheelus.  Gaddafi accused the Americans of using the base for smuggling.

Under the new Libyan regime, expulsions happened quickly. Less than a year after coming to power in September 1969, all British and American troops were forced to leave the country. On 28 March the British left eastern Libya, followed by the American military on 11 June. Finally, the Italian settlers departed on 7 October 1970 and everything was returned to Libyans, including houses, farms and small reprocessing plants. Alcohol production and trade were banned and clubs were closed.

The El Adem/Tobruk complexes was renamed the Gamal Abdel Nasser Air Base, after the Egyptian leader at the time. Wheelus eventually became Mitiga Airport, named after a little girl who was allegedly killed after US aircraft crashed over her family home. In 2008 the Gaddafi government won a case against Italy committing Rome to compensate Tripoli for the colonial era. Not a single country across the Arab world has managed to get its former colonial power to accept responsibility, let alone pay reparations. Only after that did Gaddafi visit Italy, which he had shunned since 1969, insisting that it apologise and compensate Libya for its brutal occupation of the country.

Read: There is no parity between ethnic cleansing in Palestine and Jews' exodus from Arab states

From 1970 until his murder in October 2011, Gaddafi made sure that those dates were marked in the national calendar and commemorated as part of Libyan history, highlighting the struggle of its people to win their freedom from a foreign power who dominated much of the country's history. Until recently this history was studied at school. But not anymore.

Since the so-called Arab Spring violently arrived in Libya, not a single day has been observed, let alone celebrated. Furthermore, all references to the expulsion of military bases has either been removed from school books or distorted by claims it was the work of the former King Idris, not Gaddafi.

In fact, Libya's successive government, from 2011 until today, has avoided any mention of these national days, which are important in unifying and rallying people behind national causes. Instead they focus on celebrating the anniversary of the so-called revolution on 17 February, even though it proved to be the single most divisive event in Libya's modern history.

Apparently Libya's new elite, lacking any national agenda, wants to completely break away from the Gaddafi era, even if that means commemorating national milestones by forgetting them. The danger of it all is the fact that continuing this unwritten policy is likely to affect younger generations.

Some Libyans attribute this to the paradox Libya found itself to be in. In 2011 many Libyans supported military intervention to topple Gaddafi by the very countries he once expelled.  Those who welcomed NATO intervention, for example, find it hard to remember, let alone celebrate, events such as the expulsion of foreign military bases, the nationalisation of oil and banking sectors or Italian settlers' businesses.

Increasingly, Libyans every year take to social media not only to remember important national dates but to engage young people in discussions to understand their country's history.w