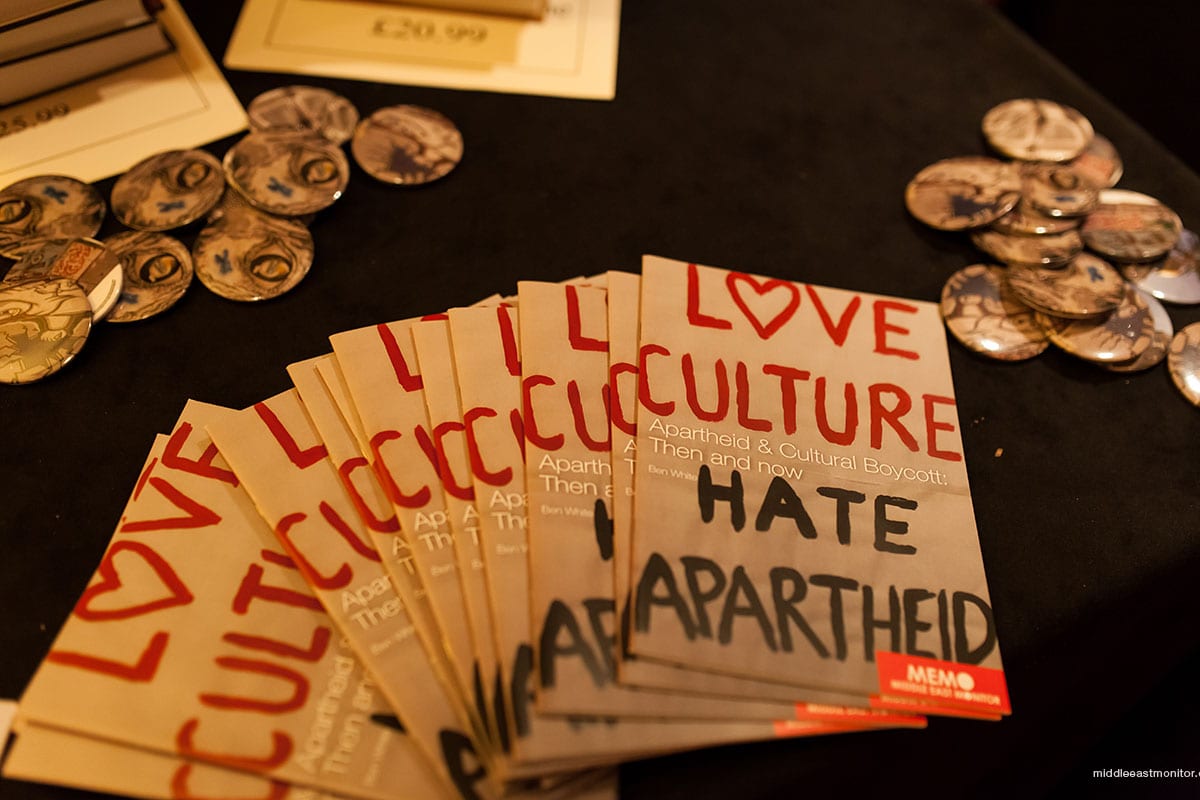 A recent move by an Israeli mayor to ban Palestinian Arab citizens from a public park has prompted many to ask if Israel is moving towards the imposition of what used to be called "petty apartheid".

Israel is by definition an apartheid state already and has been so since its foundation. Of that, there is no question. This is neither just an analogy nor a matter of opinion. That Israel is an apartheid state is a well-established fact under the UN's formal legal definition of apartheid. Although the word apartheid originated as the Afrikaans word for "separateness", the UN's Convention on the Suppression and Punishment of the Crime of Apartheid did not limit its definition to South Africa.

Among other examples, the definition stipulates "any measures including legislative measures, designed to divide the population along racial lines." Israel has entirely separate legal systems for Jewish citizens and for Palestinians in the West Bank and Gaza who live under its military occupation.

This is an apartheid legal system. Jewish settlers in the West Bank are entitled to full legal rights under Israeli civilian law, but Palestinians are subjected to arbitrary and summary imprisonment, torture or even death. The legal system applied to them is a purely military one.

A landmark UN report in 2017 found "beyond a reasonable doubt that Israel is guilty of policies and practices that constitute the crimes of apartheid" as defined in international law. The report, though, was removed from the UN's website and a senior official was forced to resign after pressure from the Trump administration and from Israel.

At the PalExpo in London earlier this month, Nelson Mandela's grandson Nkosi Zwelivelile Mandela said that Israel "is the worst form of apartheid we have ever witnessed." So there's no doubt at all about it, although those who insist on denying this reality point towards the idea that Israel does not practice what has been termed "petty apartheid". In other words, Israel rarely practices the more overt expressions of apartheid, such as those found in South Africa and in the United States in the Jim Crow-era south. Things like waiting rooms and bathrooms marked "Blacks only" and "Whites only", and making black people sit at the back of the bus. In other words, enforced racial segregation at the most micro level. 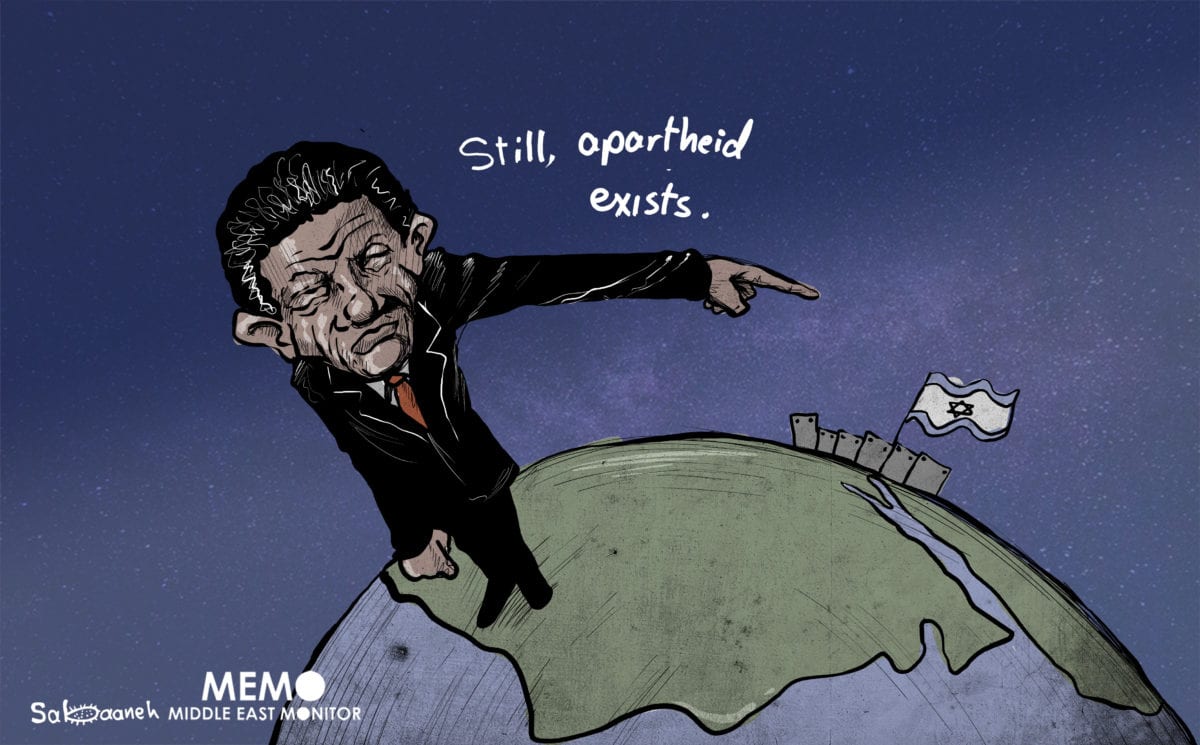 This is a misleading argument. Just because Israel's forms of apartheid are not precisely the same in all instances as they were in South Africa, it does not make the regime any less of a fit for the legal definition of apartheid.

In any case, Israel's military occupation regime in the West Bank habitually does, in fact, enforce a segregated system of roads; the more well-maintained roads are frequently prohibited for the use of Palestinians. There are also Israeli buses that West Bank Palestinians are banned from using.

In "Israel proper" too, there has always been segregation along ethnic lines. The Israeli schools system has always been divided between Arabs schools and Jewish schools. More recently, it was reported that several Israeli hospitals admitted to segregating new-born Jewish babies from new-born Arab babies, claiming that this is done at the mothers' own request.

There are increasing signs that Israel could be moving towards such an overt, micro-level of petty apartheid, not least the move by the aforementioned Israeli mayor of Afula, a town in "Israel proper" between Jenin and Nazareth, who recently attempted to ban Palestinian Arabs from a public park. He established a new rule that only "local residents" were allowed entry to the park, but this was a transparent ruse. The mayor in question, Avi Elkabetz, had run for office using an explicitly racist election campaign. He promised to stop the supposed "conquest of the park" by those Palestinian Arab citizens who often visit from nearby communities. Around 20 per cent of Israeli citizens are Palestinian Arabs. Nevertheless, Elkabetz called on the city's Jewish residents to "proudly hoist Israeli flags throughout the park and play music in Hebrew."

His election campaign featured a slogan calling for Afula to maintain its "Jewish character". One of the ways he rallied support for his re-election was to take part in a blatantly racist anti-Arab protest in the town against a house being sold to a family of Palestinian citizens. In the words of one of the protestors, the demonstration insisted that "Afula must remain a Jewish city."

Elkabetz won the election, and the municipality imposed the new ban in the park at the end of June. At the start of July, though, an attorney with the human rights group Adalah attempted to visit the park with her family. Despite the fact that it is a publicly funded space, they were barred from entry by the municipality's security guards. A large sign in red Hebrew lettering at the entrance read: "The park is openâ€¦ to Afula residents only".

Adalah challenged the rule in court and, as of Sunday, the ban seems to have been overturned. However, it is notable that the Nazareth District Court did this on a technicality, and did not rule the ban to be the racism that it so obviously is.

"The law is clear about preventing access or charging a fee for public spaces," the judge reportedly said. "Just like it would be illegal to shut down a street, it's illegal to restrict entry to a public park, regardless of whether the motivations are discriminatory."

According to Adalah, the ban on "entrance to Afula's public park is just one symptom of a worrisome growing trend of physical segregation backed by Israel's Jewish Nation-State Law."

This apartheid "Nation State" law, passed a year ago, changed little in the letter of the law, but it did set a marker of intent, one that clearly says to Palestinian Arab citizens of Israel that they do not really belong in their own country.

OPINION: Challenging the rise of discrimination in Israel

Afula's attempted ban on Palestinians using a public park could just be the opening salvo in an escalating wave of petty apartheid as the true breadth of blatant racism that Israel can get away with, buoyed by the support of US President Donald Trump, becomes increasingly clear. It seems that Israel will care less and less about disguising its true intentions.

So will the next step see the authors of that "Open to Afula residents only" sign ever drop the pretence and write "Open to Jews only" instead? I would not bet against it. 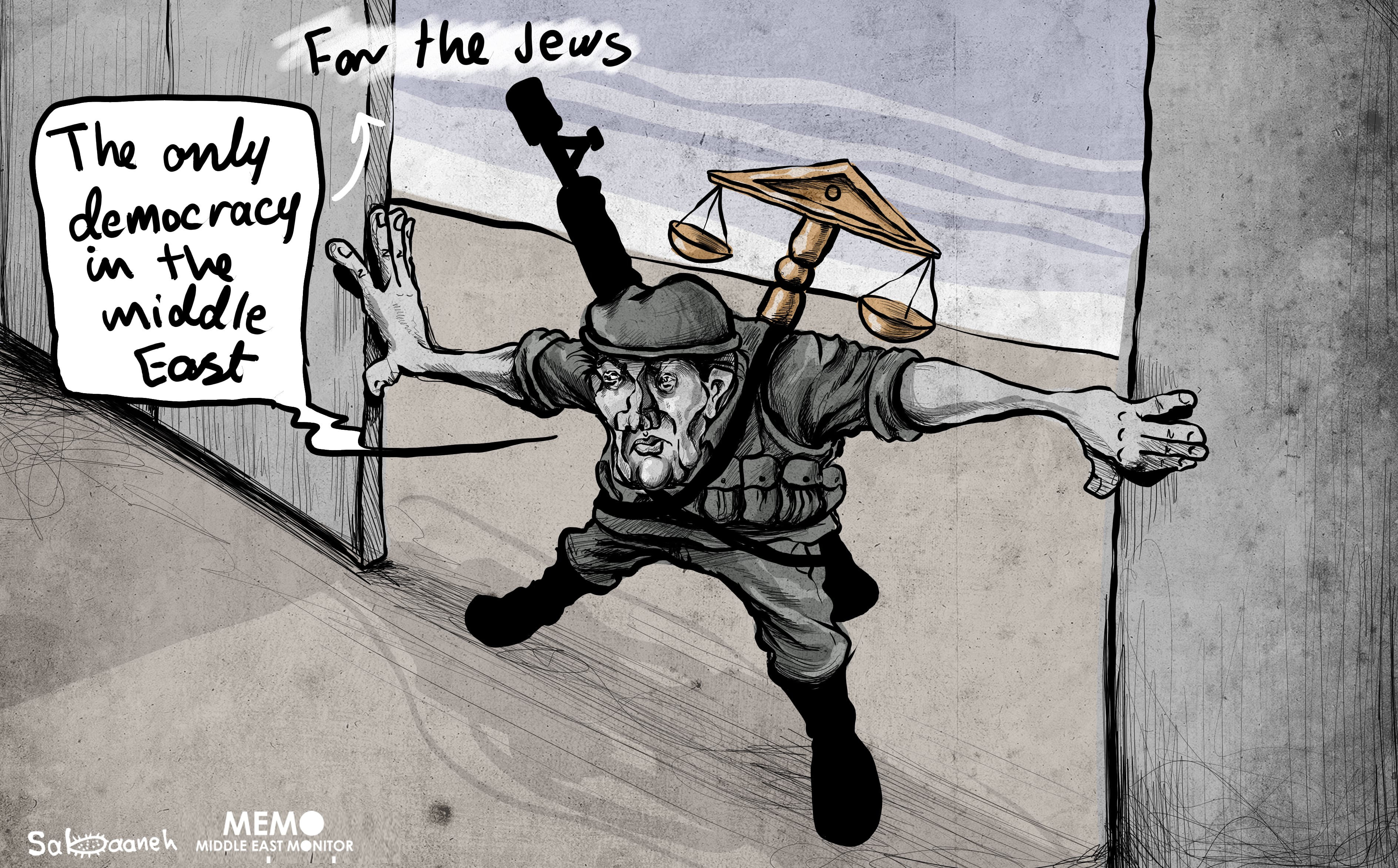