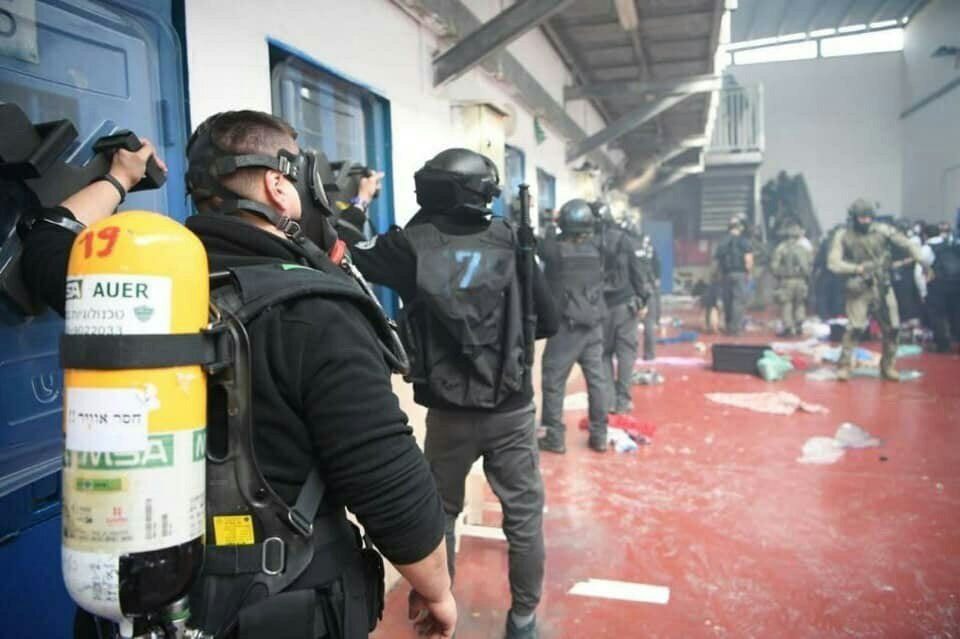 Palestinian prisoners in the Israeli prison of Gilboa have been physically assaulted and suffered aggression at the hands of the prison administration, a press release issued yesterday by the Palestinian Commission of Detainees and Ex-Detainees Affairs has revealed.

Gilboa prisoners faced "tension" last week after prison officers raided their cells for the alleged purpose of conducting searches. Prisoners were then "assaulted and bruised", the report said.

Five prisoners were injured as a result of the raids, the NGO revealed, naming  them: Yousef Nazzal, who was severely wounded after being ravaged by a police dog, Omar Jundab, Tahseen Salameh, Ahmad Azzouni and Jihad Abu Zahra.

Vandalising  the detainees' property, prison officers also confiscated electrical items including fans, and threw all food items on the floor, contaminating them.

Prisoners protested by shouting, banging on cell doors and launching a hunger strike.

The commission noted that the mistreatment of prisoners is part of a "systematic and clear policy practiced by the administration of the occupation detention centres in order to restrict prisoners and detainees and impose sanctions on them and deprive them of the most basic human rights."

This comes as Palestinian prisons have been protesting against the placement of signal jamming devices in the jails which they say are causing them severe headaches and could lead to cancer.

Gilboa detainees have threatened to escalate their protests if the administration does not put an end to its heavy-handed tactics and remove the signal jamming devices.

There are over 5,500 Palestinians languishing in prisons across Israel and the occupied West Bank, including 1,800 patients, 700 of whom need urgent medical intervention, according to official Palestinian figures.

Approximately 500 of those detained are being held on administrative detention – without charge or trial.