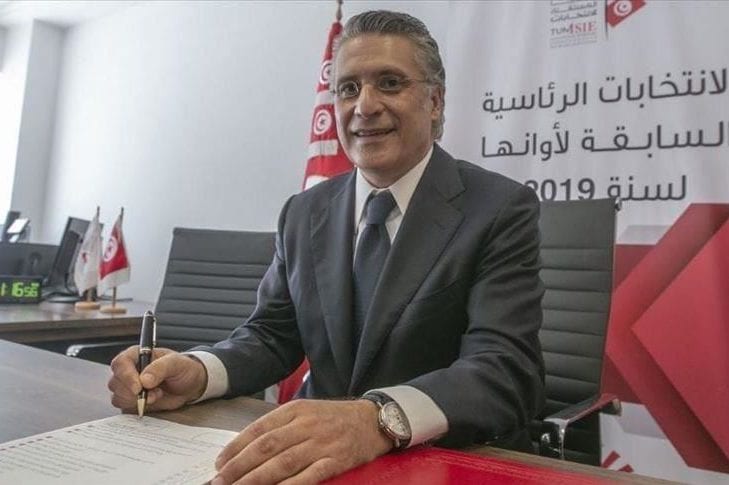 Tunisian media mogul Nabil Karoui, a front-runner in Sunday's presidential election, has started a hunger strike in prison demanding to be allowed to vote, Reuters reported his lawyer saying today.

Karoui, 56, owner of the Nesma TV channel, was detained three weeks ago on suspicion of tax evasion and money laundering.

"Karoui started an open-ended hunger strike since Wednesday to demand his right to vote on Sunday," his lawyer Ridha Belhadj told Reuters.

A court of appeal is due to hear Karoui's request to be released tomorrow pending a final verdict in his case.

The 15 September vote follows the death, at age 92, of Beji Caid Essebsi, the first president to be democratically elected in Tunisia after the popular uprising of 2011. It will be the third free election in Tunisia since that uprising.