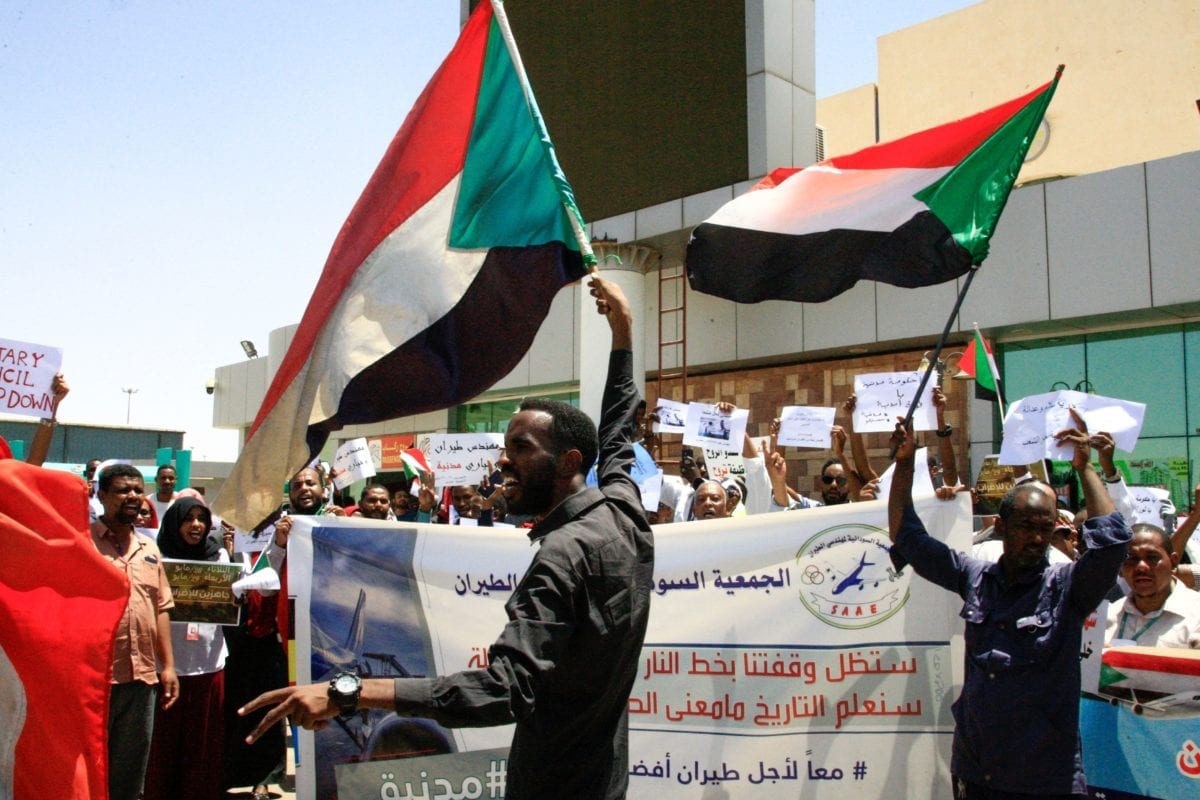 Sudanese wave national flags as they rally in support of civilian rule at Khartoum airport in the capital on 27 May, 2019 [Ebrahim Hamid/AFP/Getty]
October 11, 2019 at 3:22 am

The spokesperson for the Council, Mohamed Al-Faki Suleiman, said the decision was made under the constitutional conventions

He stressed that after taking office, the Chief of the Judiciary and the Attorney General would start putting together of the relevant councils to exercise their functions in the selection of the Judicial Council in the upcoming period following a specific schedule.

Suleiman pointed out in a statement that the two officials will start carrying out their tasks in dealing with corruption and other issues, the Sudanese news agency SUNA reported.

Nemat has gradually risen in the judiciary course. She worked in the Court of Appeal and the Court of First Instance, and then she became a judge of the Supreme Court. She is one of the founders of the Sudanese Judges Club.

She also participated in judiciary sit-ins, demonstrations and strikes. She also organised vigils and led the marches of the judges in the December revolution.

The constitutional document allows Sudan's Sovereignty Council to appoint the Chief of Justice and the Attorney General. However, the document specified that the Chief of Justice should be appointed by the Supreme Judicial Council, which has not yet been formed, and that the Attorney General should be appointed by the Supreme Prosecution Council, which has not been formed as well.

On 12 September, "a million-people march" has started in the Sudanese capital Khartoum, to deliver a memorandum to the presidential palace, the headquarters of the Sovereignty Council. This move is part of an escalation schedule called "achieving the goals of the revolution," to demand the appointment of the Chief of Justice and the Attorney General.

Sudan started on 21 August a 39-month transitional period, which would end with the holding of elections.