Use of banned weapons surface in Turkey offensive 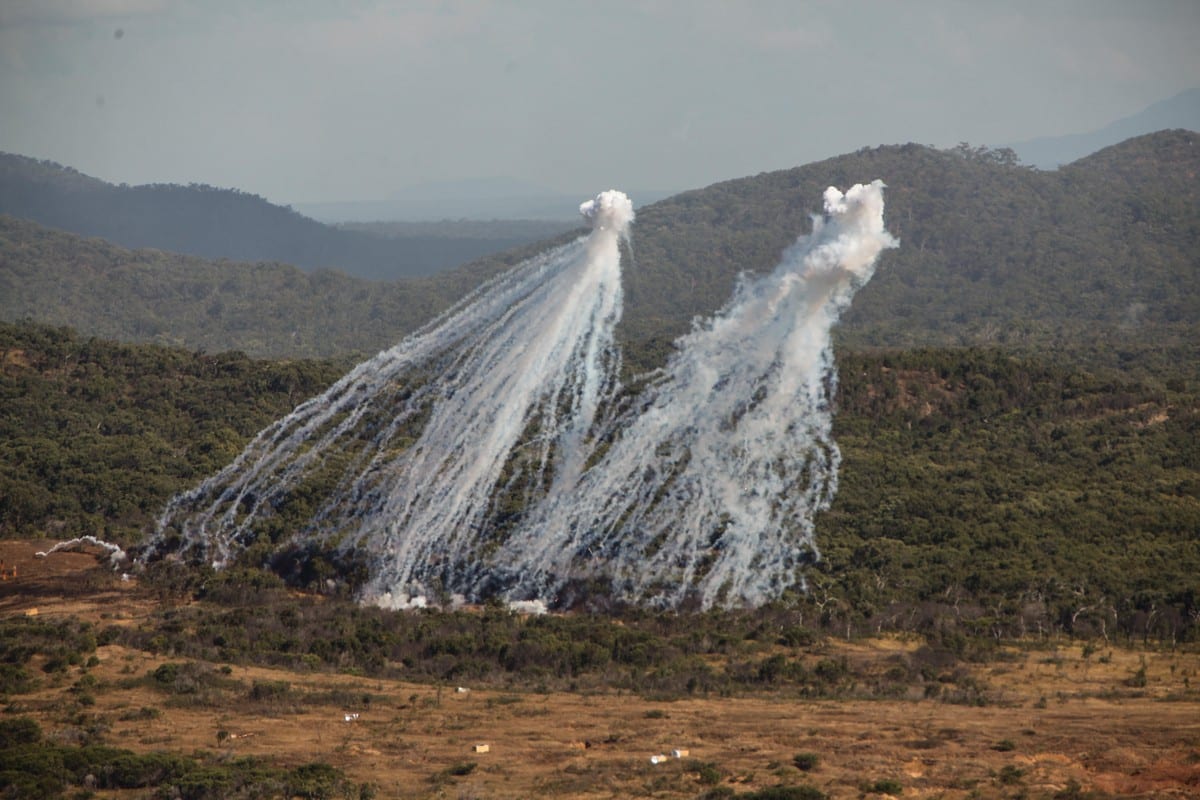 Turkey is suspected of using white phosphorous and napalm by embattled Kurdish forces locked in combat with Ankara in the north-eastern Syrian town of Ras Al-Ain.

Reports of the use of weapons banned for use on civilian targets by the Geneva and Chemical Weapons conventions, began to surface while the US brokered a five-day ceasefire deal with Turkey.

The Times shared an image today of a 13-year-old boy, Mohammed Hamid Mohammed, with visible signs of injuries that were caused by white phosphorous. The boy suffered the burns after a Turkish air strike on his town at midnight on Wednesday, according to his father.

White phosphorus can be used to create a smoke screen or as a battlefield marker, but it can also be deployed as a deadly incendiary weapon, a use prohibited under international law.

A British chemical weapons expert who was shown the photograph of burns to Mohammed's body said that "this very much looks like it was caused by white phosphorus." He went on to say: "In 24 hours I have been shown more photographs of these kinds of burn than at any recent stage in Syria's war. White phosphorus is a horrific weapon, which can be delivered by aircraft or artillery. It reacts to the moisture in the skin in a way that intensifies its burning, so that water cannot put it out."

Kurdish authorities have pointed the finger at Turkey. In a statement issued eight days into the offensive against Kurdish militants, Ankara was accused of resorting to the use of banned weapons because of the stiff resistance of Kurdish fighters in the key border town of Ras Al-Ain.

"The Turkish aggression is using all available weapons against Ras Al-Ain," the Kurdish statement said. "Faced with the obvious failure of his plan, Erdogan is resorting to weapons that are globally banned such as phosphorus and napalm," the statement added.

The allegations were denied by Turkish Defence Minister Hulusi Akar. "It is a fact known by everyone that there are no chemical weapons in the inventory of the Turkish Armed Forces," he is reported saying during a meeting with US national security adviser, Robert O'Brien, who is member of the US delegation to Ankara sent by Trump to negotiate a ceasefire. He accused Syria's Kurds of "using the chemical weapons [themselves] in a bid to blame us".

The Syrian Observatory for Human Rights, a Britain-based monitoring group with a wide network of sources on the ground, was unable to confirm the use of napalm or white phosphorus. But observatory chief Rami Abdel Rahman confirmed that there had been a spike in burn wounds over the past two days, mostly casualties brought in from the Ras Al-Ain area.

With the big aid organisations, including Médecins Sans Frontières and the Red Cross, pulling out of northern Syria as President Recep Tayyip Erdogan seeks to clear the Turkish border region of Kurdish militants to create a safe zone for the relocation of Syrian refugees, such counter allegations have become harder to verify. Locals are calling on human rights groups to remain in the area and investigate the weapons being used on civilians.