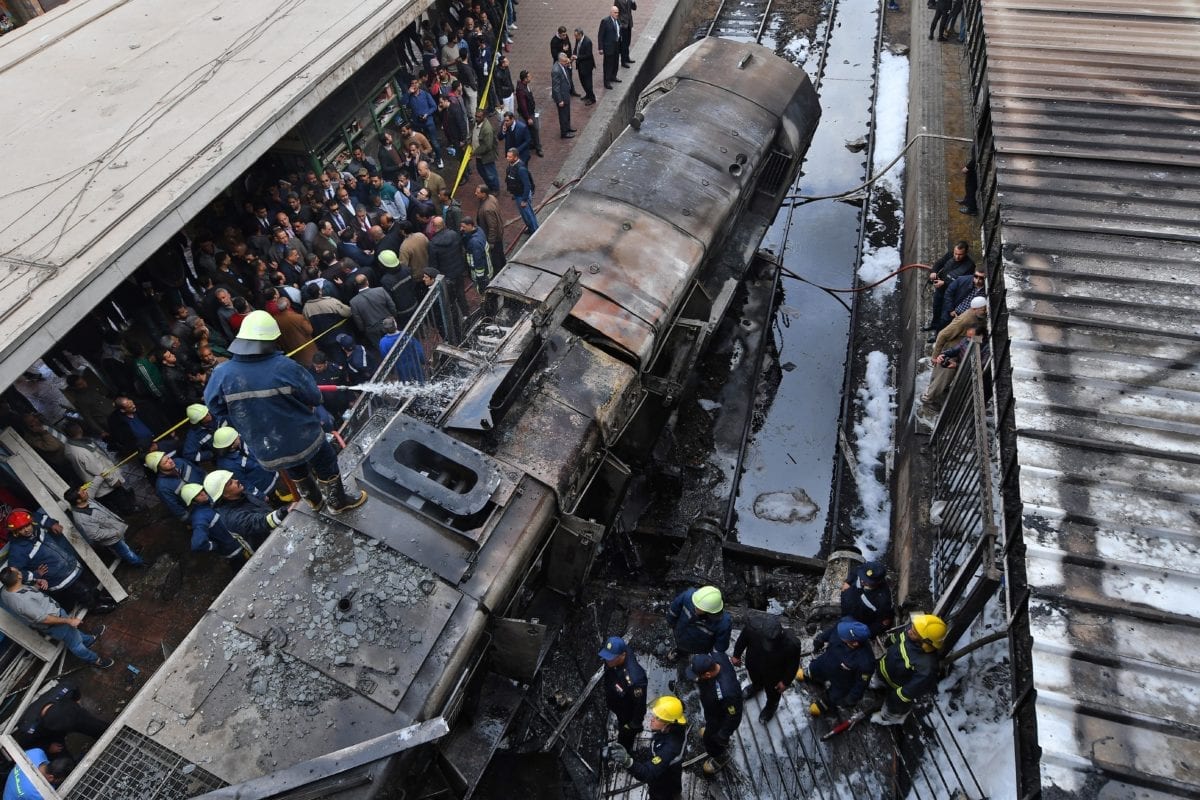 Five people have been killed and two injured in a train crash in Egypt's southern tourist city of Luxor.

The train crashed into a minibus that was crossing the Karnak railway crossing in Badran region in Luxor.

Railway accidents are a frequent occurrence in Egypt as a result of negligence and a signalling system which means employees communicate with train drivers over when to open the crossings.

According to figures released by the Central Agency for Public Mobilisation and Statistics earlier this year train accidents increased by 14 per cent in 2018. Between 2006 and 2016 a total of 12,236 railway accidents took place in Egypt.

In February 11 people were arrested after 25 people died at Cairo's Ramses Railway Station after a train crashed into a buffer stop at the station sparking a fire which consumed the platform and nearby buildings when the fuel tank exploded.

In 2017, 44 people were killed and at least 200 injured after a train crash in Alexandria.

In 2002 an overcrowded train caught fire south of Cairo killing more than 370 people.

The crash in Luxor comes as news spread that Mohamed Eid died after being forced to jump out of a moving train travelling from Alexandria to Luxor because he couldn't afford to buy a ticket.

Mohamed was with his friend Ahmed Samir Ahmed on his way to sell keyrings when a train conductor opened the door of the moving train and asked them to either pay or jump out.

After they jumped, Mohamed rolled under the wheels of the train where he was crushed to death and Ahmed survived with injuries.

The incident ignited anger across Egypt with calls for Transport Minister General Kamel Al-Wazir to resign.