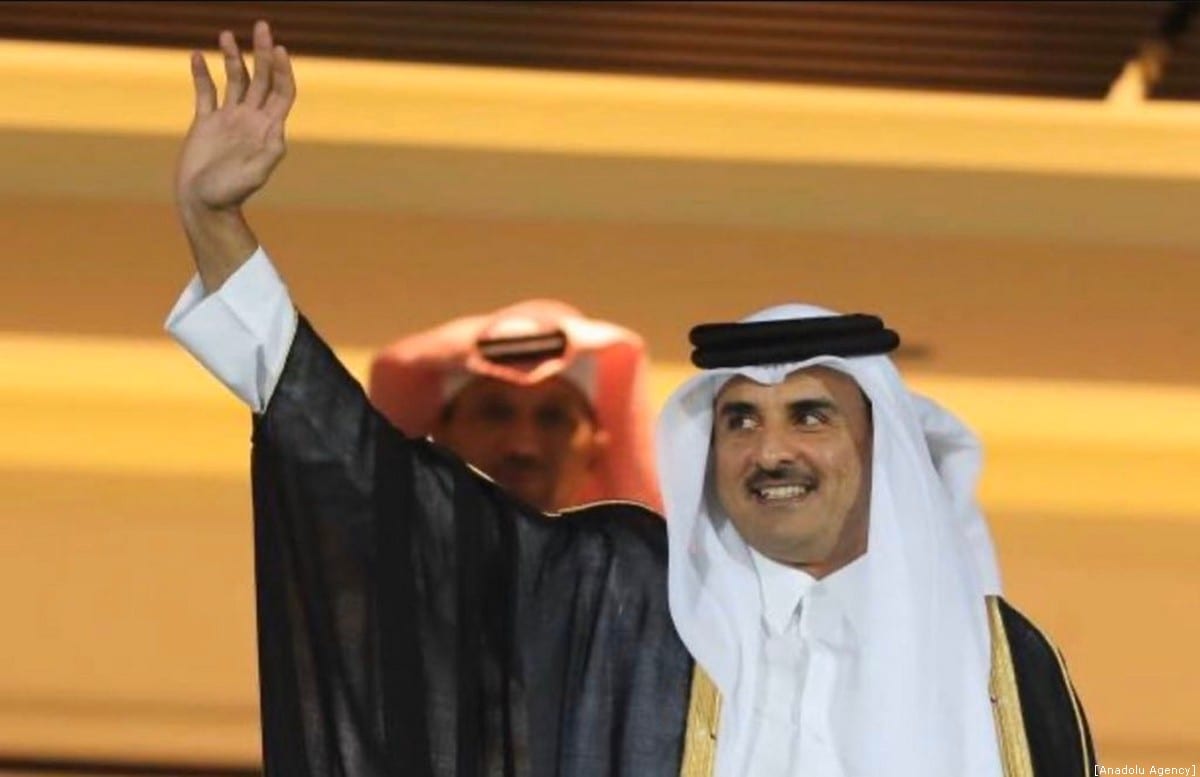 Speaking during a meeting with head of Libya's Government of National Accord (GNA), Fayez al-Sarraj, in Doha, Tamim said his country was ready to provide support to GNA in the security and economic fields, Sarraj's office said in a statement.

The Qatari emir also underlined his country's support for efforts aimed at restoring security and stability in Libya.

Sarraj, for his part, said his visit to Doha provided an opportunity to exchange views between the two countries and coordinate positions regarding all issues of mutual concern.

Al-Sarraj: Libya will not become a 'cave for dictatorship'

According to the statement, the Libyan premier briefed the Gulf country's ruler on the latest developments in Libya and the assault on the capital Tripoli by forces aligned with East Libya-based commander Khalifa Haftar.

Sarraj also held talks with Qatari Prime Minister Abdullah Al Thani during which the two sides agreed to enhance their cooperation in the economic and security fields.

In April, Haftar's forces launched a military campaign to capture Tripoli from the GNA but have so far failed to progress beyond the city's outskirts.

According to UN data, over 1,000 people have been killed since the start of the operation and more than 5,000 injured.

Since the ouster of late leader Muammar Gaddafi in 2011, two seats of power have emerged in Libya: one in eastern Libya supported mainly by Egypt and the United Arab Emirates and another in Tripoli, which enjoys UN and international recognition.