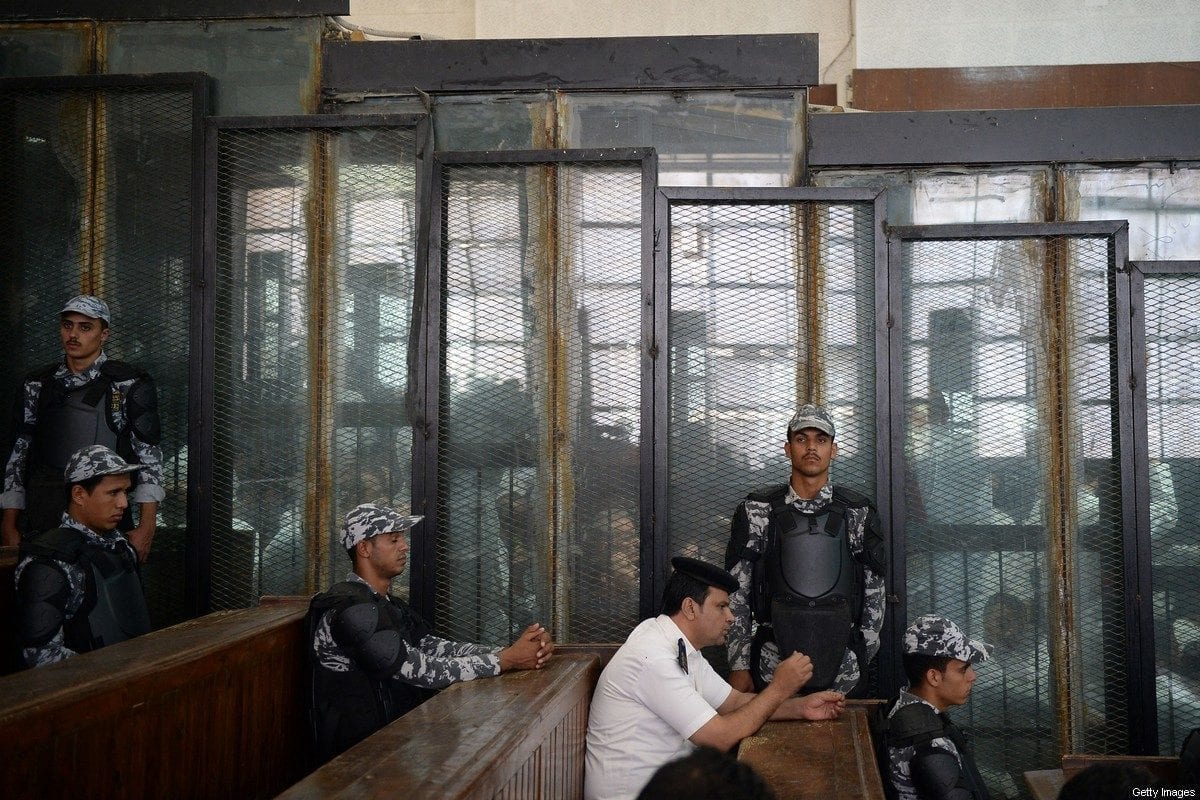 An Egyptian court has referred the papers of 37 defendants to the grand mufti to approve their execution.

Under Egyptian law the grand mufti must offer his opinion on whether someone should be executed, though his judgement remains advisory.

The defendants were tried in a mass trial of over 200 people and accused of committing 54 acts of terror, including assassinating police officers and bombing security buildings.

They have also been accused of collaborating with Hamas.

Among those whose papers have been forwarded to the mufti is former Egyptian military officer and defector Hisham Ashmawi, who was captured last year in eastern Libya by the Libyan National Army and handed over to Egypt.

According to the rights organisation Reprieve Egypt's dictator Abdel Fattah Al-Sisi has overseen an unprecedented number of executions since his rise to power, handing preliminary death sentences to over 2,400 people including ten children.

Human rights organisations have consistently raised the issue of unfair trials, which often take place after defendants are tortured into confessions. Mass trials regularly lead to death sentences, which are illegal rulings under international law.

Egypt's justice system has become farcical. In March 2014 the Egyptian governorate of Minya recommended the death sentence for 529 defendants who were tried at the same time. On another occasion a four-year-old was sentenced to life in prison.

READ: Egyptian journalist found hanged in her own home

Between 2014 and 2016 Egypt's appeal court, the Court of Cassation, overturned a number of flawed convictions, according to Human Rights Watch.

But in 2017 Al-Sisi amended the law to make it easier for him to circumvent the Court of Cassation and passed legislation to give him tighter control on who was appointed as the appellate court's chief judge, which diminished the court's ability to overturn death sentences.