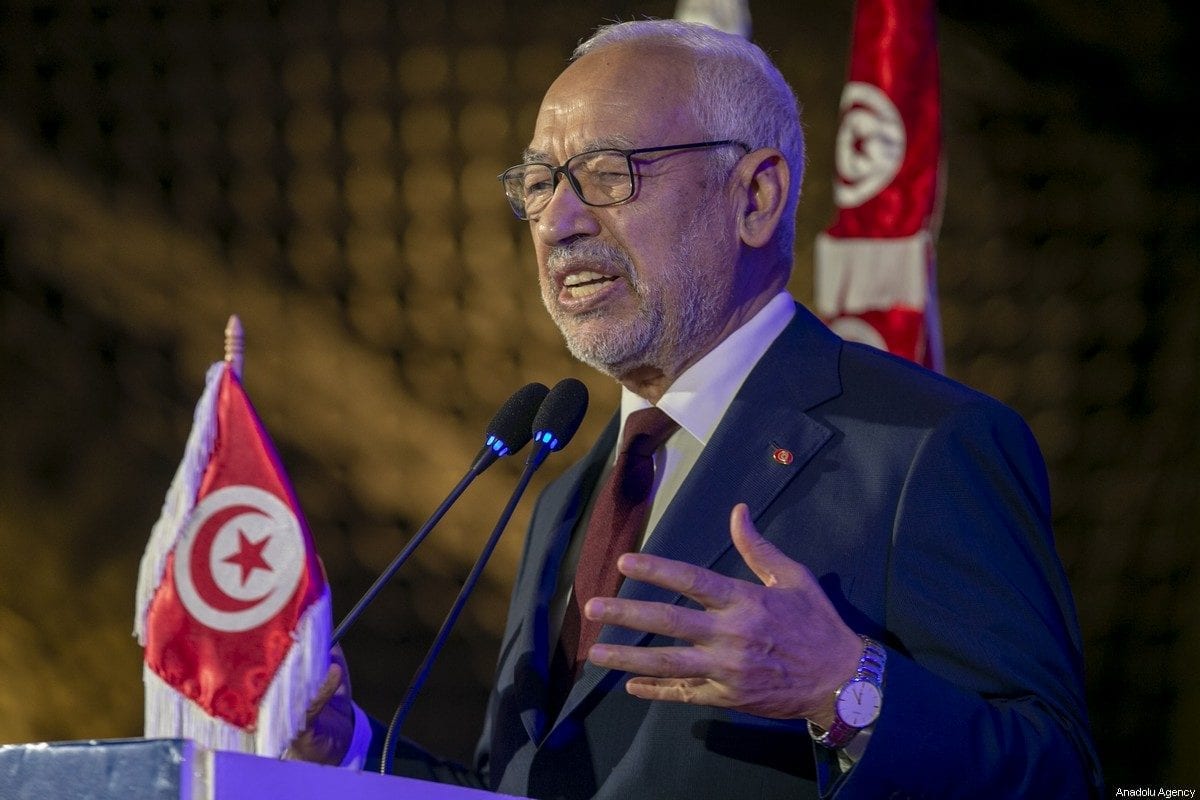 Leader of Ennahda Movement, Rached Ghannouchi, did not attend a meeting with Prime Minister-designate Elyes Fakhfakh, Monday. Rather Noureddine Bhiri, party's bloc in the House of Representatives, attended on his behalf.

This move has been interpreted Ennahda's assertion that signing of the contract document between the parties supposed to form the government (the goal of the meeting) is subject to their approval.

Until 3 February, Heart of Tunisia party did not attend any meetings. Meanwhile, the party sent a message to Fakhfakh, calling on him to rectify the situation. One of the party leaders Osama Al-Khulaifi said: "Fakhfakh is not competent enough to form a government."

The position of Ennahda movement had a great impact on the path of negotiations, as well as on the issue of signing the contract document, after insisting on adhering to a national unity government that can enjoy the support of a parliamentary majority, and made this a condition for signing the document mentioned above.

In a statement, which Mugtama obtained a copy of, Ennahda announced that the negotiation committee had decided not to sign the contract, and stated that signing the document would only be the culmination of the final agreement on the government's political belt, program, and final structure.

The effect of Ennahda's position on the other parties was apparent in the statements of several party leaders. For example such as the Secretary-General of the People's Movement, Zuhair Al-Maghazawi, who confirmed that the signing of the contract document was not possible now (Monday) and that this might take place in the final stage of the process of forming the government.

Commenting on Ennahda's insistence on a government of national unity, Al-Maghazawi stated that he hopes that all concerned parties can reach an agreement that serves the interests of Tunisia and conclude a formula during today's meeting with respect to the choices of the PM-designate in charge of forming the government, in a way that does not offend any party.

Head of Machrouu Tounes, Mohsen Marzouk, decided that his party would not participate in the meeting between the parties concerned with the formation of the government because of what he described as the confusion in the method of holding the meetings, i.e. the postponement of the meeting twice under pressures exerted by Ennahda.

Marzouk pointed out that the meeting had been previously postponed on two consecutive occasions (Thursday, 30 January, then 1 February), while considering that this can indicate that the next government is likely to be dependent on a specific political party.