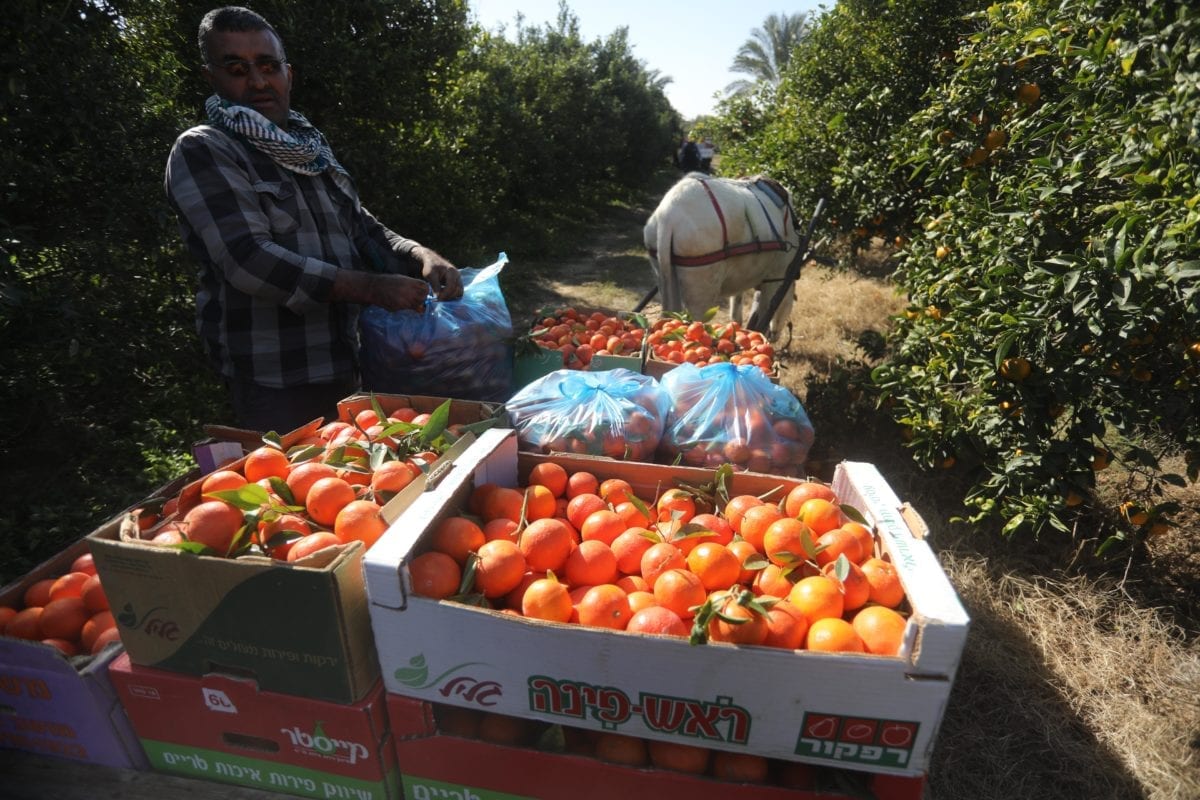 Palestinians do some Christmas Eve fruit harvesting in Gaza on 24 December 2019 [Mohammed Asad/Middle East Monitor]
February 11, 2020 at 11:51 am

Palestinian Authority (PA) Prime Minister Mohammed Shtayyeh revealed yesterday that his government was launching a diplomatic offensive to pressure Israel to "reverse its decision to ban Palestinian agricultural exports through Jordan", reported the Times of Israel.

On Sunday, Israeli officials announced that Defence Minister Naftali Bennett had ordered a halt to the export of Palestinian agricultural goods via the Allenby Bridge crossing (King Hussein Bridge) between the occupied West Bank and Jordan, "because of the PA's decision to boycott cattle for slaughter from Israel".

Shtayyeh also said that the PA has sent letters to member states of the World Trade Organisation as well as filing complaints in international courts.

The latest developments come around a week since Bennett "ordered authorities to ban the entry of Palestinian produce into Israel", reported the Times of Israel.

According to Israeli authorities, "if the PA reneges on its decision to boycott cattle for slaughter from Israel, it would also reverse its ban on Palestinian agriculture exports." Authorities added that "the PA's boycott of cattle from Israel has caused significant economic harm to Israeli cattle breeders."

In September 2019, Shtayyeh declared "that the Palestinians would prevent cattle from Israel from being imported into areas under their control," the report added.

Then in December, "the PA ended its embargo on cattle from Israel after authorities agreed to allow the Palestinians to directly import cattle from abroad, set up a special cattle quarantine station and export eggs to Israeli markets."

A month later, "the PA reversed course and banned the cattle imports again".

"Israel did not abide by the agreement," said Tareq Abu Laban, a senior official in the PA Agriculture Ministry last week. "So we stopped allowing its cattle into our markets again in January."

READ: Land in eastern Gaza declared a disaster zone due to Israel use of herbicides