US' Sanders: 'We cannot ignore the needs of the Palestinian people' 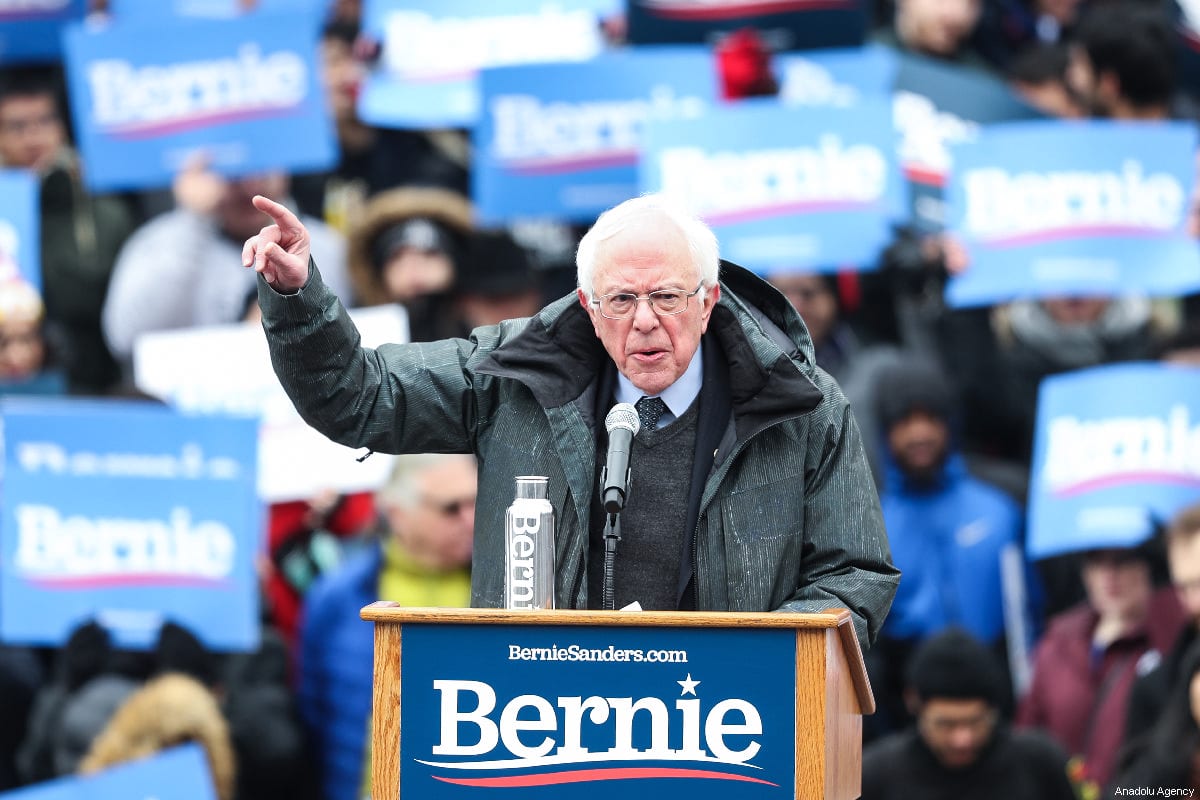 US presidential hopeful Bernie Sanders said support for Israel was possible without backing its "racist" government, and the needs of Palestinians must not be ignored.

In a Town Hall meeting hosted by US news channel CNN, Sanders was asked what Israel-US policy would look like under his administration.

He said: "To be for the Israeli people and to be for peace in the Middle East does not mean that we have to support right wing racist governments that currently exist in Israel."

"What American foreign policy has got to be about in the Middle East, bringing the Israelis bringing the Palestinians together under the banner of justice. We could do it, we have the wealth to do it."

It cannot just simply be that we're just pro-Israel and we ignore the needs of the Palestinian people.

.@BernieSanders on #CNNTownHall: "To be for the Israeli people and to be for peace in the Middle East does not mean that we have to support right wing racist governments that currently exist in Israel… pic.twitter.com/L3tqrt3pcE

He went on to speak about the situation in Gaza, citing recent statistics stating youth unemployment now stands at 70 per cent, and no one is able to leave the besieged Strip.

He continued by saying he felt strongly about it, citing his Jewish heritage and the long history of persecution Jews have faced as his reason.

He has been repeatedly attacked for his critical stance on Israel's foreign policy and treatment of the Palestinians.

Israeli politicians have expressed fear that Sanders could win the nomination and go on to beat incumbent President Donald Trump, with Israeli MK Yair Lapid saying Israel would be in "big trouble" if the Democratic Party won the presidency.

Sanders is currently leading the Democratic primaries, with double digit leads in some states as his opponents trail.

READ: Trump lied to us about Yemen war, says Sanders