Israel unemployment rate surges to 22% due to counter-virus measures 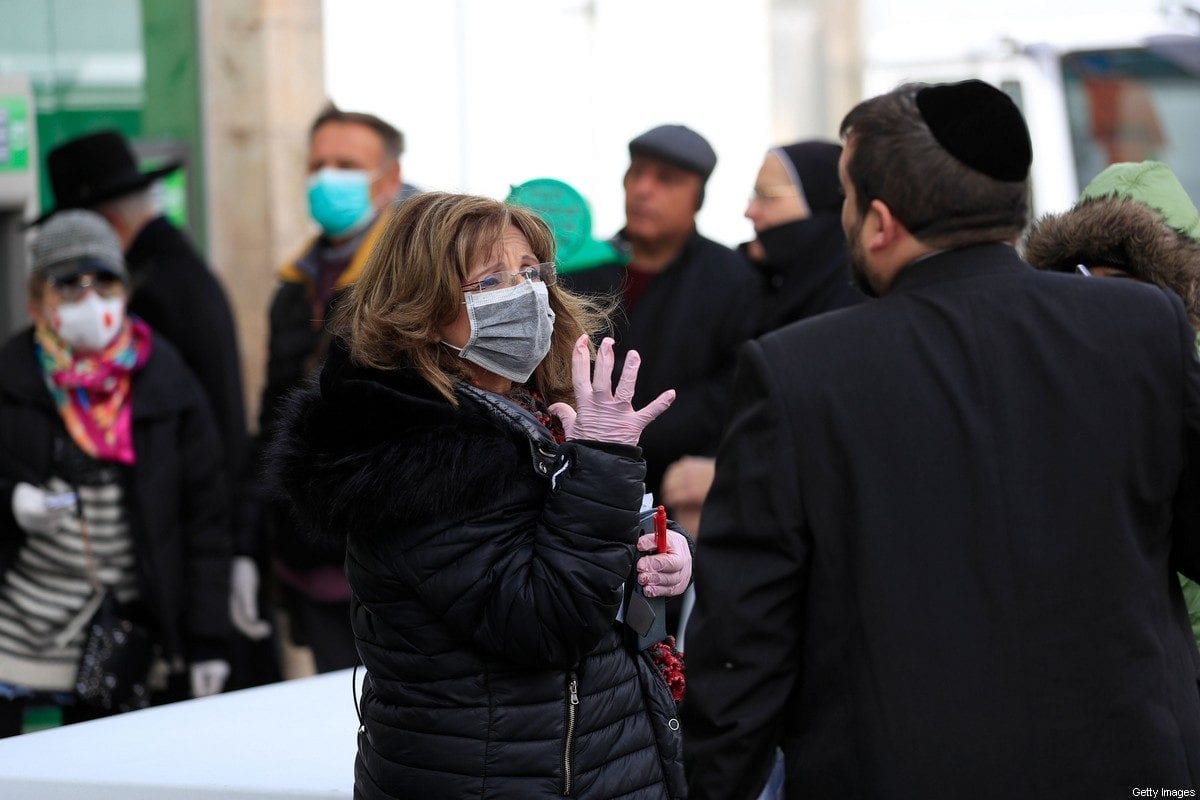 People wearing protective face masks during the Covid-19 pandemic wait in line to enter a bank in Jerusalem on March 19, 2020 [EMMANUEL DUNAND/AFP via Getty Images]
March 30, 2020 at 3:29 pm

Israel's National Employment Service NES has announced that the unemployment rate in Israel has risen to 22.15 per cent, Arab48.com reported on Sunday. The number of people unemployed now stands at 922,016.

The Service added that 32,577 jobseekers applied for new positions by the end of last week, with 42,860 registering for new jobs by last Thursday. Two weeks ago, 98,471 had newly registered.

Israeli public broadcaster Kan reported that President Reuven Rivlin and Prime Minister Benjamin Netanyahu met on Friday to discuss support for the economy, but the meeting ended without any agreement.

Although officials at the Ministry of Finance called on Netanyahu to leave 20 per cent of Israel's economic facilities working, the ministry is expected to impose full closure from today for a period of at least three weeks as part of the measures to tackle the coronavirus outbreak.

Meanwhile, the ministry estimates that a full closure of the economic sector for 12 weeks would cost the country an estimated NIS239 billion (around $67bn), while a partial closure would mean losses of around NIS118bn.

Officials at the ministry said that a long-term closure would lead to a 15.5 per cent deficit in the budget, with a negative impact for years.