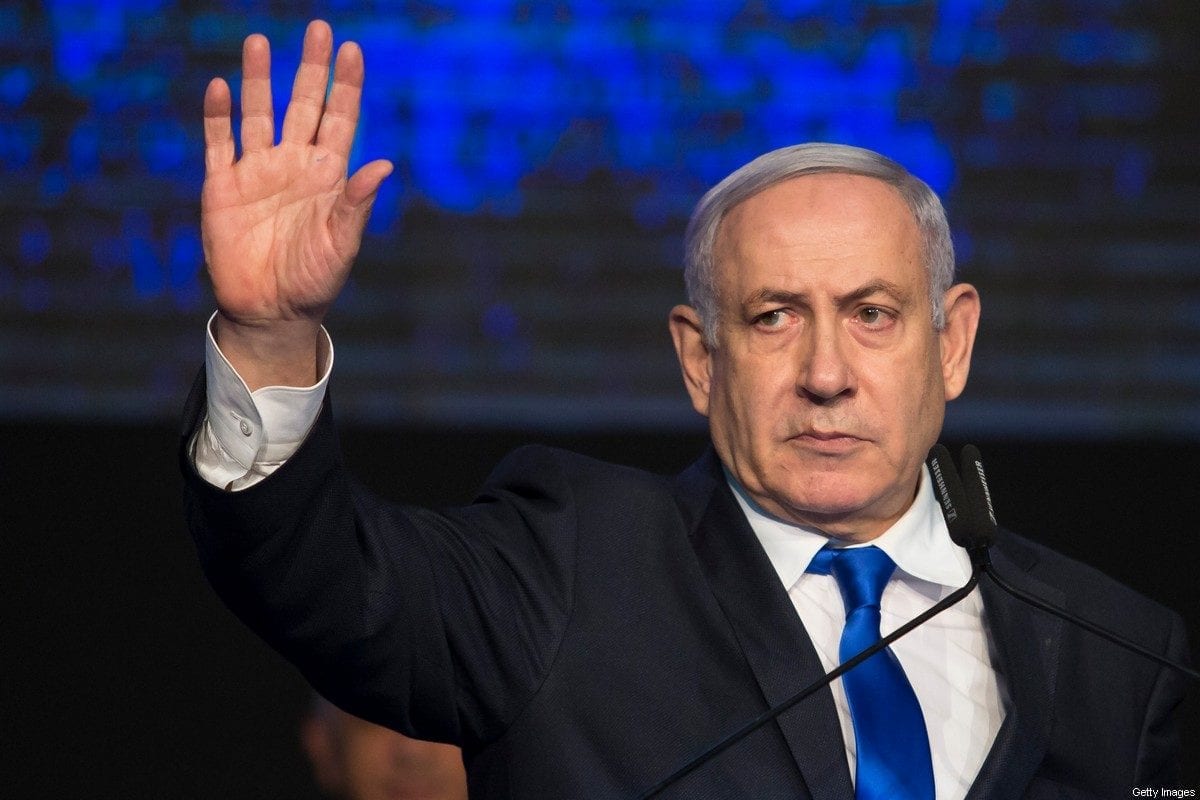 Israeli politics has been thrown into even more turmoil with former General Benny Gantz's decision to leave the Blue and White bloc to join Benjamin Netanyahu in what has been called a "coronavirus government". The virus has taken hold in Israel and the occupied Palestinian territories. Netanyahu, meanwhile, faces trial on fraud and corruption charges.

Netanyahu offered Gantz an immediate reward by ensuring his election as Speaker of the Knesset, Israel's parliament. He will also be Foreign Minister for 18 months before switching with Netanyahu and becoming Prime Minister. His erstwhile allies in Blue and White, Yair Lapid and Moshe Ya'alon, criticised Gantz, saying that he had surrendered to Netanyahu and could not handle the 14-month battle to topple the incumbent Prime Minister.

According to the Hebrew-language media, the next Israeli government is Netanyahu's government, not a coalition. The main beneficiary of the coronavirus crisis is said to be the Prime Minister, who was able to defeat Gantz and drag him into a government under his leadership and thus, he hopes, to evade prosecution. The media added that the so-called "coronavirus government" represents a success for Netanyahu, with Gantz expecting to return the letter he had received from President Reuven Rivlin asking him to form a government; Rivlin will, in turn, ask Netanyahu to form a new administration.

The new government will be made up of the right-wing bloc of 58 Knesset members and the Israel Immunity Party with 15 MKs and the Benny Gantz party that split from Blue and White, which won 33 out of 120 seats in the election earlier this month.

Political analyst Mohamed Salem told Mugtama that Gantz is a racist, as he refused to form a government with the support of the Joint List of Arab MKs. At the same time, he does not want the Joint List to lead the opposition in the Knesset, because the head of the opposition is, according to Israeli law, kept informed about state secrets, especially those related to military matters.

Salem pointed out that Gantz will have fulfilled his ambition to be Prime Minister at the end of Netanyahu's time in the post during the term of this government. He will also have power over significant ministerial portfolios.

The analyst added that Likud is comfortable about bringing down the Blue and White party after three fiercely-contested but inconclusive elections in 12 months. Blue and White's slogan was the overthrow of Netanyahu as a corrupt politician, but now he is left standing without any real competition. In Salem's opinion, the coronavirus pandemic has definitely saved the Israeli Prime Minister.

READ: Israel under cover of the coronavirus crisis