New details surface 20 years on from Israel's withdrawal from Lebanon 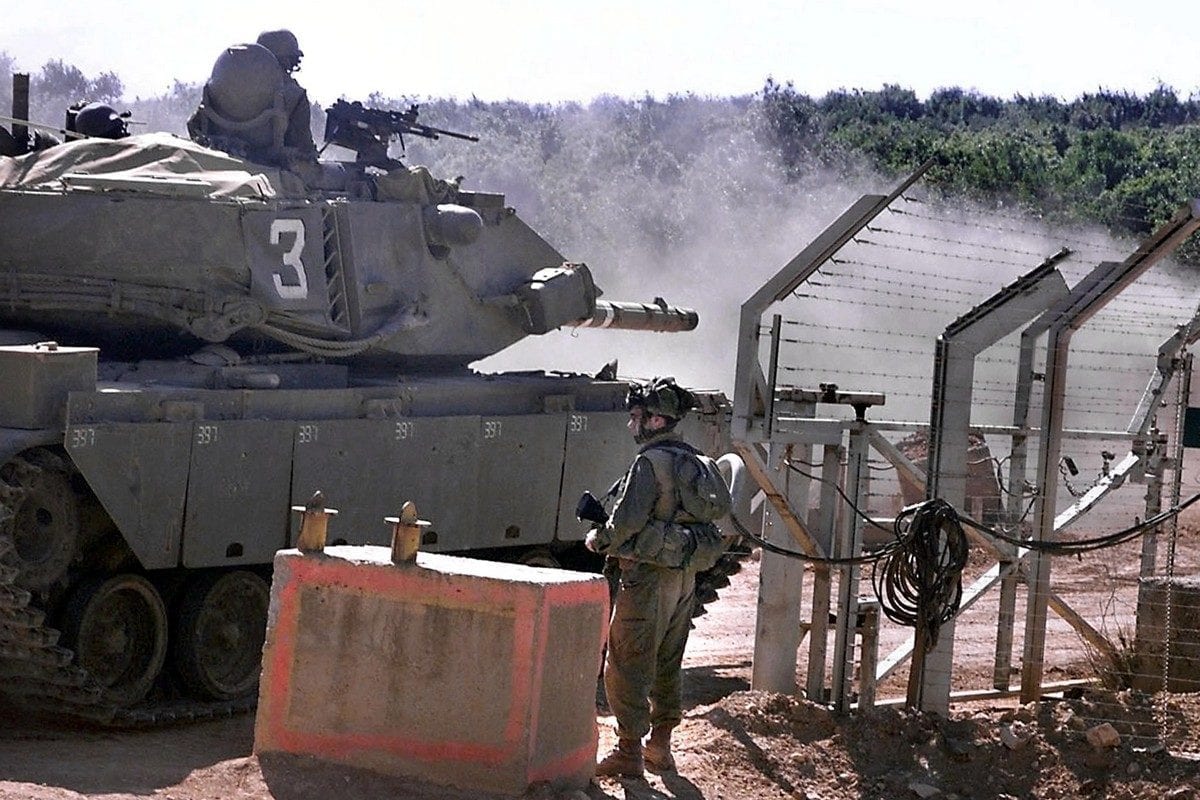 Israeli forces are seen near the Lebanon and Israel border following Israel's withdrawal from Lebanon on 22 May 2000 [AMIKAM HORESH/AFP via Getty Images]
April 29, 2020 at 2:26 pm

Haaretz newspaper published new details yesterday of Israel's withdrawal from southern Lebanon in May 2000 which still haunts the occupation state and remains an open wound for the soldiers who fought there. The "security zone" was thought to provide northern Israel with protection from cross-border attacks but mounting public pressure and dwindling support for the "nameless war" helped the push for the unilateral withdrawal.

According to Haaretz correspondent Amos Harel, among the reasons for Israel leaving Lebanon was the fraught situation in which the Israeli army found itself. It had no safe area in southern Lebanon while facing Hezbollah's guerrilla tactics and carrying out operations without any strategic objective.

"The truth is that our operations against Hezbollah weren't of much use," one Israeli officer who fought in the war is quoted as saying. "We didn't gain a thing except for feeling a little better. It reminded me of the body counts of Vietcong fighters by the Americans in the 'search and destroy' missions in Vietnam. Those missions were good for IDF morale, but when there's no final whistle ending the game, they don't change much." He added that if you don't know for how long you're there and you don't have a plan, the winner in the battle will be the one who has more time and patience.

There was also said to be a lack of confidence in any Israeli offensives in southern Lebanon, because the Israel-backed Southern Lebanese Army (SLA) was unable to hold its ground, even with Israeli support.

It was noted that the withdrawal may have emboldened the Second Palestinian Intifada four months later. The uprising was sparked off by Ariel Sharon's provocative visit to Al-Aqsa Mosque compound, the Noble Sanctuary, in Jerusalem. Israel's strategic failure in the Second Lebanon War six years later also led to "another exit with our tails between our legs," said Harel, with lessons from the past still not learnt.

Writing in the immediate aftermath 20 years ago in the New York Times, Thomas Friedman opined that Hezbollah had two options in moving forward from its victory: "Push on to Jerusalem and get totally chewed apart by Israel or turn to Beirut and use this military victory to leverage a bigger slice of power in governing Lebanon." Friedman predicted the latter.

Today, Hezbollah maintains and justifies its arsenal by arguing that Israel still occupies a small strip of Lebanese territory in the Shebaa Farms area which intersects the Lebanese-Syrian border and the Israeli-occupied Golan Heights.