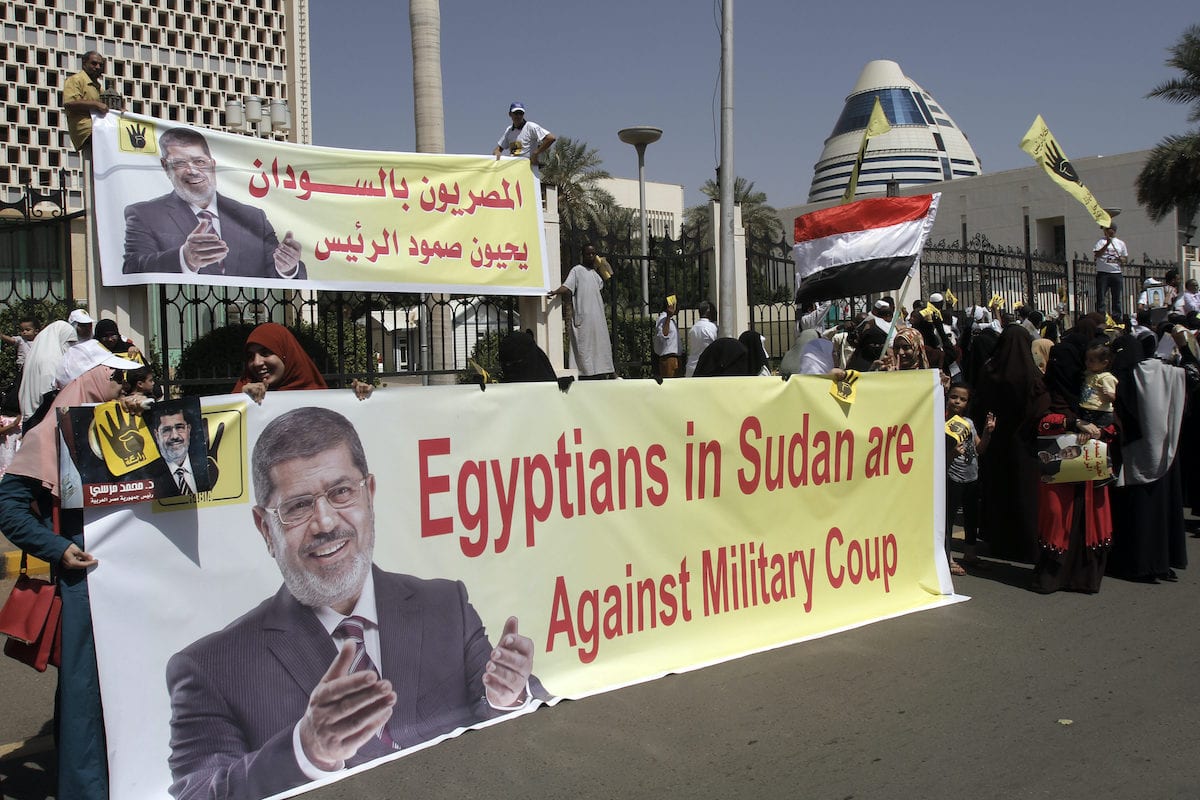 Supporters of the Muslim Brotherhood and of ousted president Mohamed Morsi rally outside the Egyptian Embassy in Khartoum on 4 November 2013. [ASHRAF SHAZLY/AFP via Getty Images]
May 7, 2020 at 9:10 am

Sudanese authorities are planning to hand over members of Egypt's Muslim Brotherhood group to authorities in Cairo, Al-Ittihad newspaper reported citing Egyptian security sources that it did not name.

The Egyptian nationals, who are allegedly members of the Muslim Brotherhood, which was banned by Cairo in 2014, were arrested in Sudan in February as they made their way to Turkey.

The Emirati newspaper added that the Egyptians include five members of the Hasm movement, which was formed by the former Muslim Brotherhood leader Mohamed Kamal. Egypt considers the movement a violent arm of the Brotherhood.

Muslim Brotherhood leading member Mohamed Al-Halwagi, who was delegated by the Brotherhood to deal with the situation in Sudan, used to maintain relations and to coordinate with authorities in Khartoum during President Omar Al-Bashir's rule.

Since his ouster last year, scores of Muslim Brotherhood members have been arrested. Cairo then requested Khartoum hand them over to Egypt.