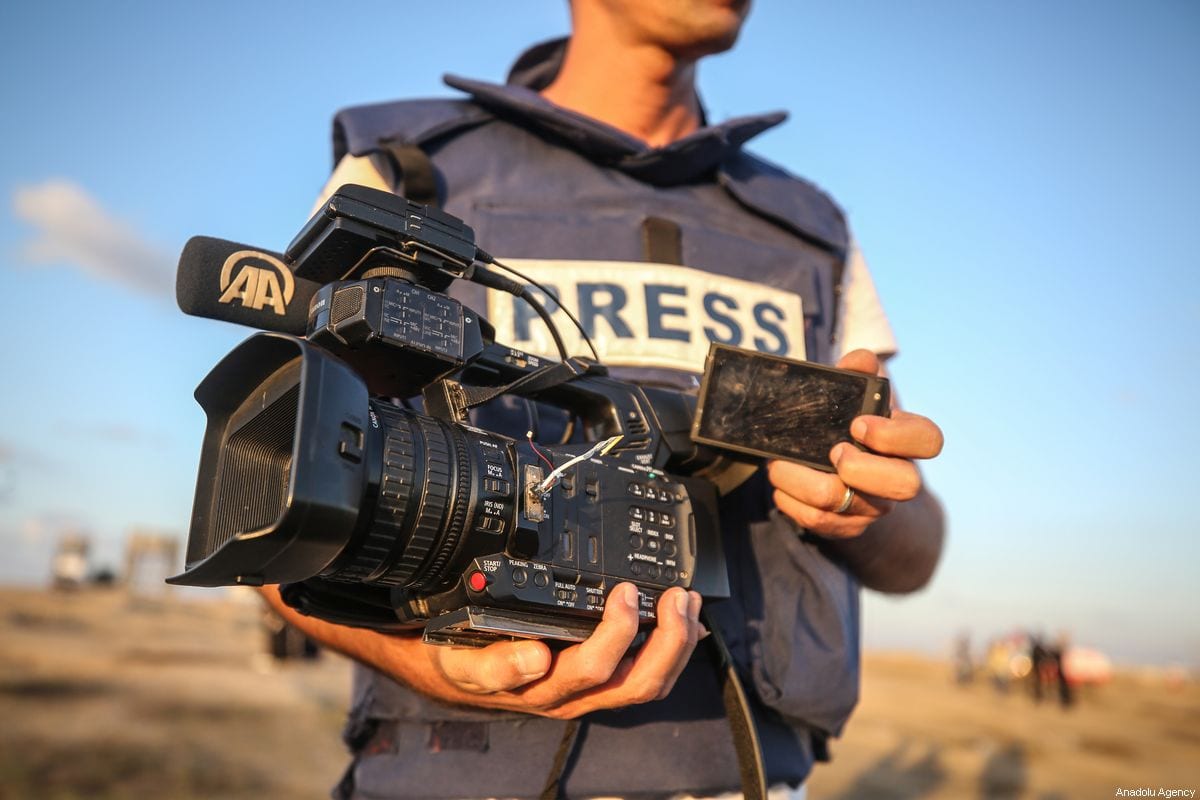 Anadolu Agency's photojournalist Muhammed Dahlan holds his damaged camera after it was shot with a rubber bullet by Israeli soldiers during protests near Gaza-Israel border in Gaza City, Gaza on October 18, 2019 [Ali Jadallah - Anadolu Agency]
June 12, 2020 at 11:32 pm

Three photojournalists along with dozens of Palestinians in the occupied West Bank were injured and suffocated by the Israeli army's live and rubber bullets, and tear gas, Anadolu Agency reports.

People in Kafr Qaddum organize weekly protests against Israeli occupation and against the Israeli settlement activities, which usually come under Israeli forces repression.

Israel occupied Jerusalem and the whole of the West Bank following the 1967 Six-Day War and began establishing settlements in the area in the following year.