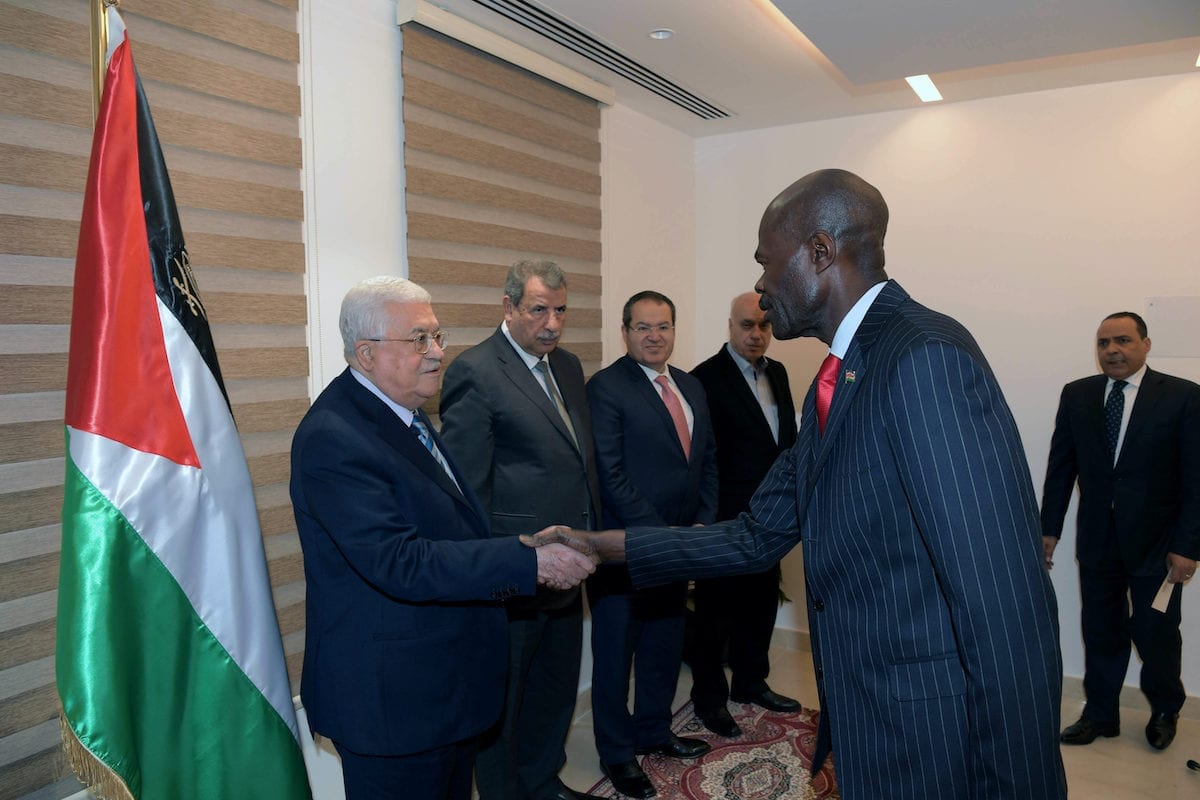 Palestinian President Mahmoud Abbas receives the credentials of the Ambassador of Kenya to the State of Palestine, in Amman on 17 December 2018. [Thaer Ganaim/Apaimages]
June 18, 2020 at 10:37 am

Kenya has called on Israel to respect the unity of the land of the state of Palestine and its inalienable rights, Wafa news agency reported yesterday.

In a statement, the Palestinian Foreign Ministry reported that the Kenyan stance came as part of "continuous political discussions" led by the ministry through the Palestinian embassy in Nairobi.

These discussions aimed at "mobilising support for the Palestinian rights and facing the annexation plan through widening the front which opposes it."

Kenya reiterated its respect for the principle of self-determination as a basis for international relations, stressing that its own independence was gained through this principle.

World leaders have universally condemned Israel's annexation. US politicians took the unprecedented step of signalling that the two pillars of US relations with Israel; US security and bipartisan support Israel enjoys in Capitol Hill, would be jeopardised.