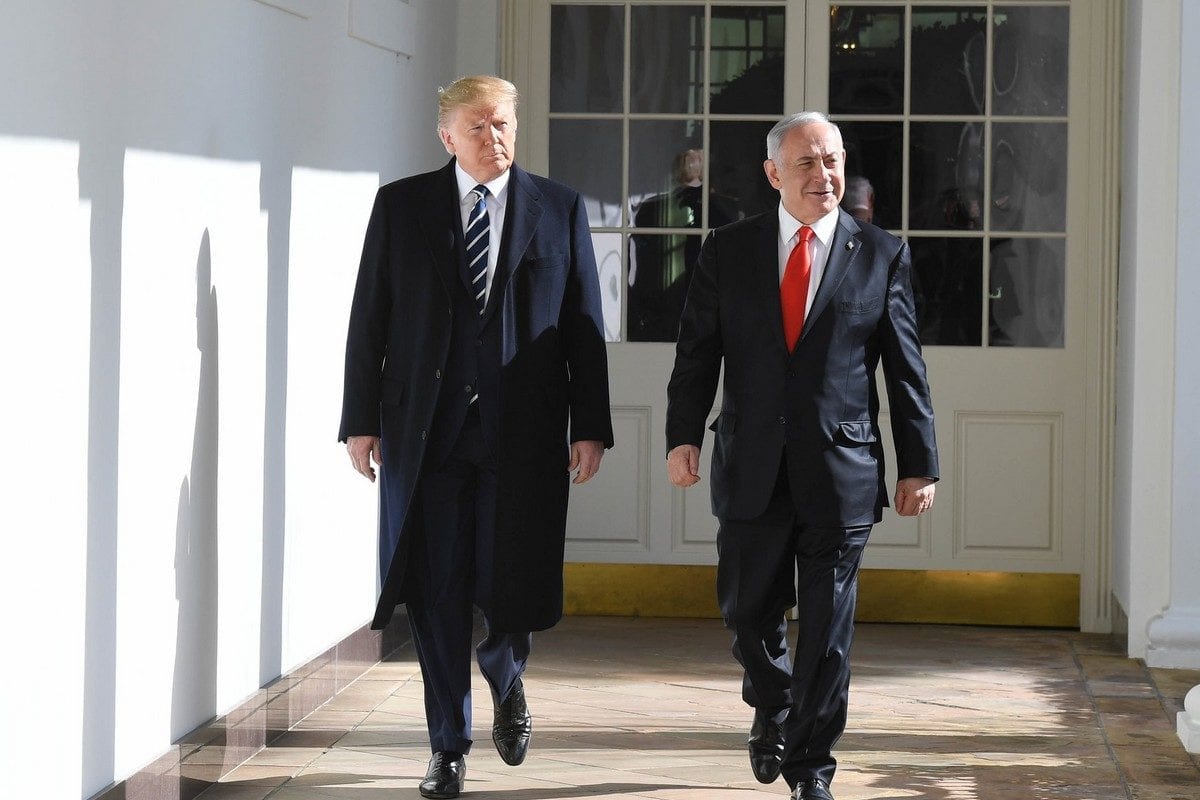 Israeli Prime Minister Benjamin Netanyahu's aides are afraid that US President Donald Trump might cancel the 'peace deal' he announced in January as a result of the differences among members of Israeli government coalition.

Israeli journalists and writers Amos Harel and Amir Tibon wrote to the Israeli daily Haaretz that Netanyahu's aides believe that cancelling the so-called "deal of the century" means they would lose the opportunity to annex large parts of the occupied West Bank.

According to the writers, the "primary dispute, over the size of the territory to be annexed and the timeline for doing so." They pointed out that the differences rose during the two failed meetings held early this week in the presence of the US ambassador.

While Netanyahu wanted to start dealing with the map that will detail the territories to be annexed, the writers said, his Defence Minister and government partner Benny Gantz stressed on the need to reach an understanding with Arab countries that have ties with Israel, especially Egypt and Jordan.

They added that sources told Haaretz: "The gaps between [Netanyahu's] Likud and [Gantz's] Kahol Lavan are large and at this point it will be difficult to bridge them."

They also warned that "if the Democrats win the November [US] presidential election, annexation will put the Netanyahu government on a collision course with the new [Joe] Biden administration."

Adding that Democrats might push "to discuss American recognition of a Palestinian state, or even make changes to the defense aid agreement with Israel."

World leaders have universally condemned Israel's annexation. US politicians took the unprecedented step of signalling that the two pillars of US relations with Israel; US security and bipartisan support Israel enjoys in Capitol Hill, would be jeopardised.