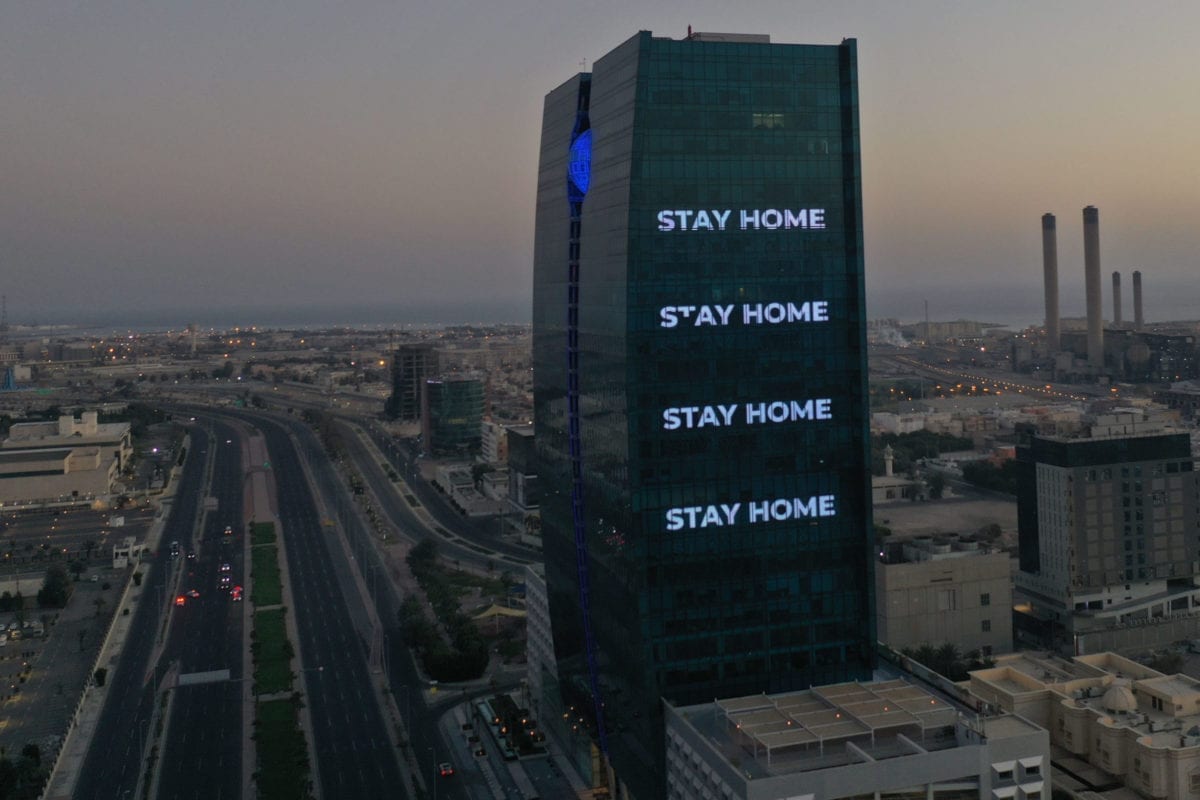 An aerial view shows deserted streets in the Saudi coastal city of Jeddah on 21 April 2020, as the message "stay home" is displayed on a tower during the novel coronavirus pandemic crisis. [BANDAR ALDANDANI/AFP via Getty Images]
June 25, 2020 at 3:00 am

Saudi Arabia announced yesterday that expatriate residents abroad will not be permitted to return to the kingdom until the end of the coronavirus crisis.

"No entry for expat residents until the end of the pandemic," the Saudi General Directorate of Passports announced on Twitter.

Responding to a number of tweets by residents who are currently outside the kingdom, the directorate noted that the expats would not be allowed to return until the end of the coronavirus pandemic, adding that the return date: "Will be announced officially, and under a valid entry visa."

"In case a resident is outside the kingdom, the mechanism for extending the exit and return visa will be announced through official channels after the end of the coronavirus pandemic crisis," the authority reported.

On Sunday, Riyadh ended a nationwide curfew and lifted restrictions on businesses after a three-month lockdown to curb the novel virus. Since the outbreak of the virus in March, the kingdom has recorded 154,223 infection cases and a total of 1,230 deaths — the highest in the six-nation Gulf Cooperation Council.