Manchester University divests from companies complicit in the Israeli occupation 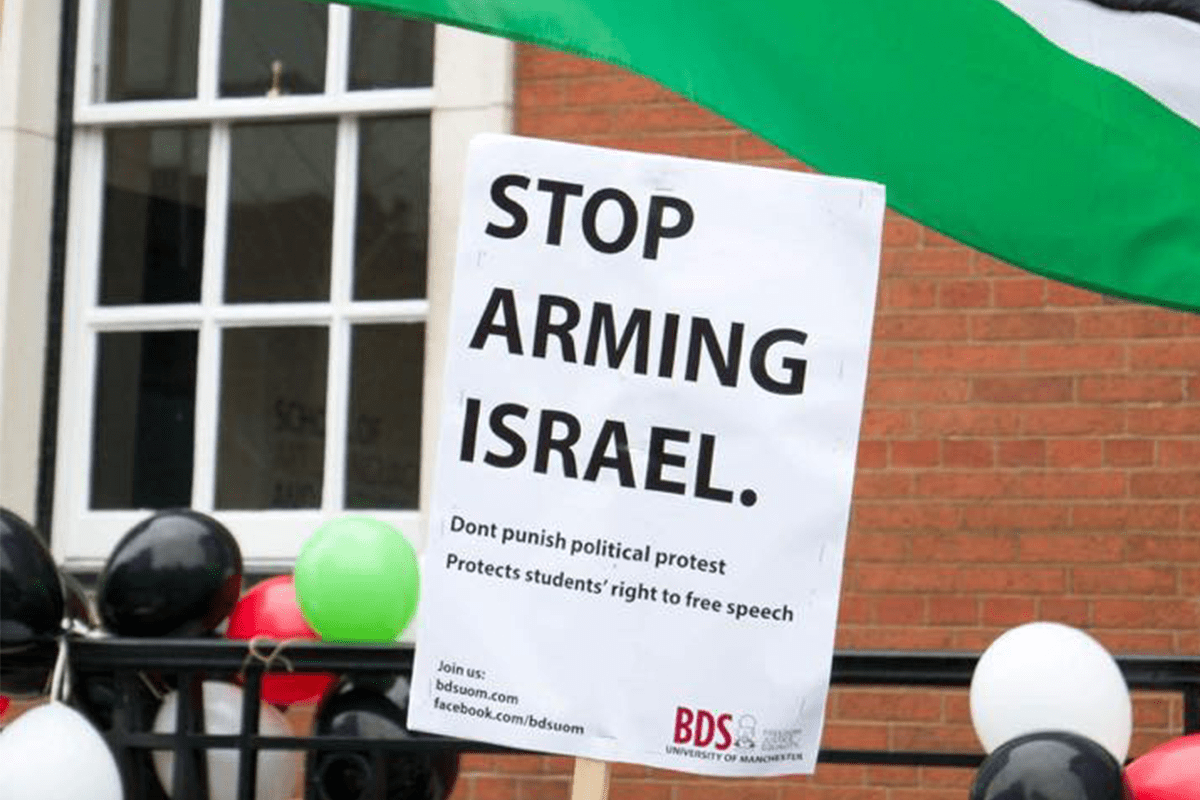 The University of Manchester has divested more £10 million ($13 million) from companies complicit in Israel's occupation of Palestine following years of campaigning by human rights groups, student activists have said. Companies affected include Caterpillar, a long-standing supplier of heavy machinery used to demolish Palestinian homes and infrastructure by the Israel Defence Forces (IDF). Booking.com, meanwhile, is one of 112 companies identified by the UN of enabling Israel's illegal settlements and has also been boycotted by the British university.

For the past four years, student activists have locked horns with senior board members over the university's investment in companies accused of being complicit in Israel's human rights abuses and war crimes. Last year, students gate-crashed a board meeting to demand divestment from Caterpillar.

Also last year, a report published by the Palestine Solidarity Campaign (PSC) found that British universities invested £440 million ($580 million) in companies complicit in Israeli violations of human rights, by inter alia supplying weapons and technology to the IDF, and investing in Israel's illegal settlement economy. The PSC has supported students in establishing a network of activists to launch divestment campaigns across British campuses.

However, in a statement regarding Manchester University's latest decision, the PSC said the shares were collectively worth nearly £2 million ($2.6 million) and "were sold in the first quarter of 2020, coinciding with the publication of the UN list of companies enabling Israeli settlements in February 2020".

Student campaigners have long called on Manchester University to end such investments. Last year, a coalition of student groups, including the Boycott, Divestment and Sanctions (BDS) Campaign, Fossil Free Manchester and Decolonise UoM, came together in multiple protests and events to demand divestment from companies complicit in human rights abuses.

Campaigners are urging the university to go further by removing investments from two further companies identified by the PSC as being at fault, and to sign an apartheid-free pledge, which includes a commitment not to have investments in companies aiding human rights violations.

"We salute student campaigners at the University of Manchester, who have worked long and hard over years for this divestment. We pay tribute to their work and the work of PSC who have provided key support for this campaigning," said the Palestinian Campaign for the Academic and Cultural Boycott of Israel (PACBI), a key part of the Palestinian-led BDS movement. "Other institutions must follow suit and end their complicity in Israel's oppression of the Palestinian people. Divesting from criminal corporations that are maintaining Israel's regime of occupation and apartheid is a legal and moral obligation, not a matter of choice."

PSC Campaigns Officer Lewis Backon explained: "Over the last few years Palestine Solidarity Campaign has supported students around the UK in launching divestment campaigns on dozens of campuses. This victory demonstrates that these campaigns can win and sever universities' links with Israeli apartheid. We call on the University of Manchester to go further. They must commit to divest from all companies complicit in Israel's human rights abuses, and sign our apartheid-free pledge, so no complicit investments are made in the future."

Frank Roche, chair of the UoM BDS Campaign, stated: "This victory has been hard-won and it is a vindication of our militant, grassroots tactics. We would not have achieved it without the determination of dozens of student activists and hundreds of supporters over the course of four years who dedicated their time and energy to the cause of Palestine solidarity. The BDS movement is going from strength-to-strength, victory-to-victory, despite increasing repression from institutions and the state. As Frederick Douglass said, 'power concedes nothing without demand', and we have proved that when we demand, unite, and fight – we win."

Huda Ammori, researcher for Corruption Watch and founder of the UoM BDS Campaign, added: "The investments in companies upholding Israel's apartheid regime should have never existed in the first place. University of Manchester divesting from complicit companies shows the power of the grassroots student movement to hold our institutions to account. We are more determined than ever to unite the student movement, through the student-led network 'Apartheid Off Campus', to work as a collective force to ensure all UK universities end complicity with apartheid."

The University of Manchester is the second higher education institution in Britain to divest from companies aiding Israel's occupation. Two years ago, following a student campaign, Leeds University pulled its investment from companies that supply equipment to the Israeli army.